Let kids go to work instead of school 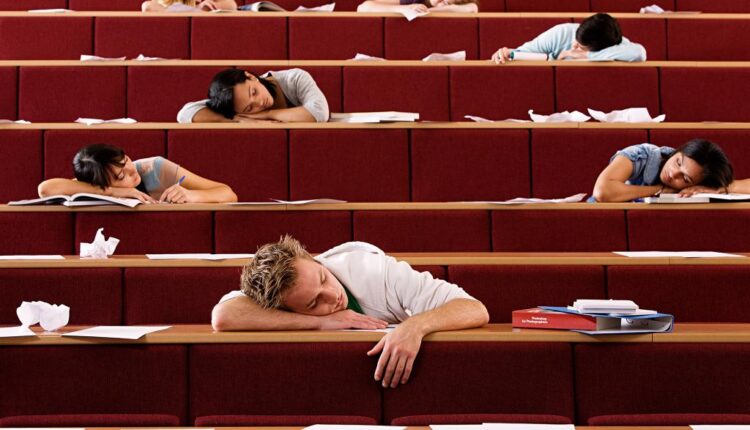 It was a wise decision. Biden’s boon to borrowers would cost about $400 billion — a stiff price even in our bloated age of trillion-dollar deficits.

Furthermore, forgiving student debt hides the real villains: the universities. America’s colleges, under the cloak of enriching young minds and imparting skills, run a scheme that would make Sam Bankman-Fried blush. Every year, they lure hundreds of thousands of students into debt servitude so they can get paid billions in taxpayer dollars and then leave students and taxpayers with the tab.

We cannot enact debt cancellation programs every 10 years. Instead, universities should be held accountable for fraudulent advertising.

Higher education is obviously in crisis. There is currently $1.7 trillion in outstanding student debt. The cost of college has gone up more than 400 percent in real terms since the mid 1970s, and we all know the education students receive is not four times better than it used to be. In the humanities, there is convincing evidence it has gotten worse.

About 39 million Americans are college dropouts. One out of four freshmen drops out by the end of their first year. Only two out of three make it to the end of the program, which for many takes six years. Then there are the baristas with PhDs and the Uber drivers with MFAs. Clearly, college for all is not the surefire ticket to the American Dream.

For these past sins, rather than ask the government to clear the debts, we all might be better served if indebted students formed a class action lawsuit against the universities for fraud.

But that won’t happen. So I have a different, if a more controversial, proposal to help solve this crisis: It’s time to make child labor legal again.

The idea of child labor is terrifying to anyone who has seen pictures from a century ago of young children working a loom or wiping the soot off of their faces after a hard day in the coal mine. That’s not what I mean.

Imagine a magical school that teaches students the skills they need to start their careers. The name of this school is work — or in more polite circles, an apprenticeship. Even better, students get paid to learn there.

There is already a model for this. Consider Switzerland’s national apprenticeship program, in which 70% of all teenagers participate. Their typical week is a blend of work, school and mentorship. While they gain experience in banking, retail, the trades or manufacturing, Swiss teens are paid a monthly wage of about $800 to $1,000. Many start fulfilling and rewarding careers without college degrees.

Germany and Austria have similar programs. The upshot is that these countries do not have high dropout levels or classrooms full of children who are pumped full of drugs to get them to behave.

In my work as an investor in technology companies, I’ve met many engineers who began their coding career when they were 12 or 13, skirting child labor laws by working remotely under a fake name and a cartoon profile picture. Many went on to scale the heights of their profession without ever needing a degree.

All children should have the opportunity to realize their fullest potential. Part of that requires learning the skills, habits and knowledge to find success in the labor market. Outside of bogus college degrees, the US currently has no system for helping teenagers learn how to work.

In a statement about the Texas court ruling against debt cancellation, Education Secretary Miguel Cardona said, “We remain committed to taking other actions to fix long-standing issues in the student loan forgiveness system and hold schools accountable for leaving students with mountains of debt and without the skills and preparation to find good jobs.”

But the Biden administration has put the cart before the horse. Debt cancellation allows the powerful to keep exploiting the weak and does not serve the nation as a whole.

Monotonous pointless schooling is the prison of our youth. It’s time teens stopped paying for useless tuition and, instead, got paid by those who can truly help them find the path to success.

Michael Gibson is cofounder of the 1517 Fund, which mainly invests in people without college degrees. He is the author of “Paper Belt on Fire: How Renegade Investors Sparked a Revolt Against the University.”