Lena Horne was a Hollywood and showbiz trailblazer 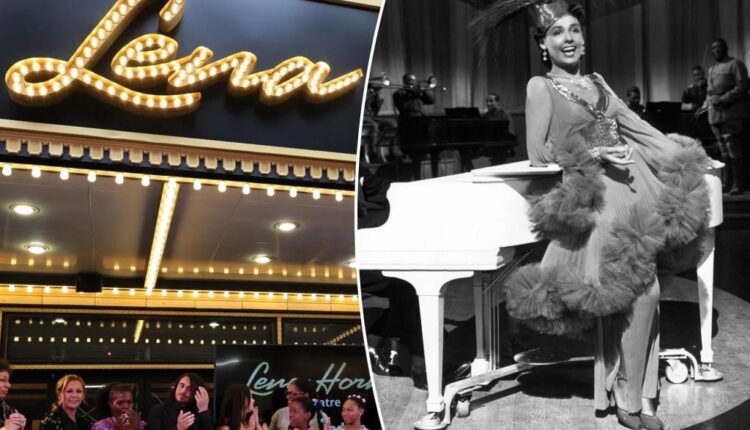 Clearing Election Day’s fog from my brain, my Lena Horne memories returned. Many times, long years before her name christened a Broadway theater, we talked.

In ’85, she told me that in early days at the Apollo she was paid $35 a week as a vocalist for Noble Sissle. June 2009 brought Atria’s “Stormy Weather: The Life of Lena Horne,” and we sat reminiscing.

Voice, satin. Dress, gorgeous. Memory, tough. She broke Hollywood’s racial bias in the ’40s and ’50s and at the 2002 Oscars Halle Berry thanked her for blazing the trail.

She became a recluse. The not so good years. In seclusion since 2000. Life in a wheelchair. There was the night she spilled out to me. She spoke of the harshness of her being. We sat alone and she said: “My kid left, my father left, my husband left, my best friend left. Why am I still here?”

She talked to me of how she’d entertain white crowds and, as they cheered, she’d mutter under her breath, “Kiss my ass.”

So I asked why’d she marry a white man? And her answer? “To get even with him.”

Her father? A reputed pimp and hustler. And she admitted she once asked her mother, “Do you love me?” The answer was, “No.”

A mix of fire and ice, this beautiful face, the great Lena Horne was then 92.

Help desk to the doggie rescue

Russian-born/American citizen Boris Kleyman, my Infotek techie 25 years, can do anything. If my computer hiccups and I’m in Beijing, he can get my story to the New York Post.

The election’s over. Nobody left to blame except Columbus — also Eric Adams just because we haven’t yet blamed him enough.

We, patriots, must not knock our president. Aware of inflation, he alone went to the American Orthopedic Society demanding to know why an artificial limb costs an arm and a leg.

Gourmet of the highest rank — one of the rankest known — Joe Burden just wrote an anthology called “The Fine Wines of Delaware.”

God Bless the United States of America — and Biden’s accountants.

So, this local resident had a long talk with his broker and now feels better about the market. He began a calculated all-encompassing program designed to reach certain investment goals during the next five years — like getting even.