Lee Zeldin didn’t win, but he sent a message to Gov. Hochul 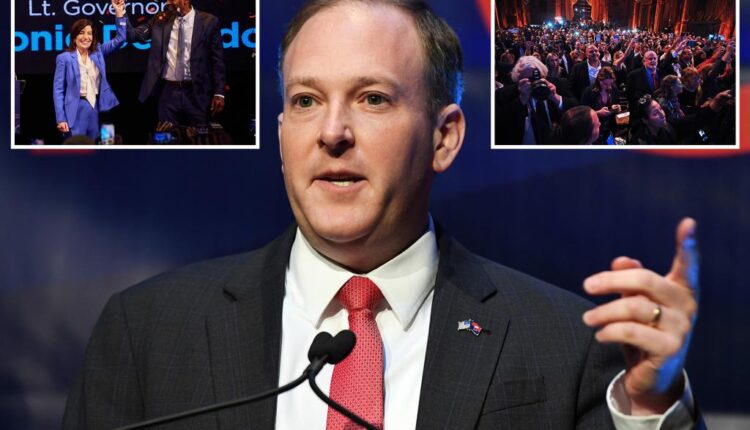 Obviously, a win is a win, and Gov. Kathy Hochul deserves New Yorkers’ goodwill as she prepares to begin her own full term in office. But look closely at the New York City results. GOP candidate Lee Zeldin did astoundingly well, and that’s with all his MAGA baggage. It’s a lesson for Hochul: She’d best heed what moderate swing voters told her Tuesday night on crime control and job growth.

With 97% of the vote in, Zeldin did what few people thought was possible a few months ago and came quite close to doing what a Republican state candidate needs to do to win statewide — winning 35% of the local vote.

No one would argue that Hochul didn’t landslide New York City, as per usual in a city with a 7-to-1 ratio of registered Democrats vs. Republicans.

But Zeldin’s 30% vote share was twice that of the Republican candidate’s share four years ago. In 2018, GOP candidate Marc Molinaro got just 15% of the city’s vote, 318,000 ballots.

This election, Zeldin beat his predecessor candidate’s total vote count by 62%. And in a lower-turnout race, Zeldin doubled the share of the vote.

Where? Well, everywhere. On Staten Island, the city’s most conservative borough, then-Gov. Andrew Cuomo eked out a tiny victory four years ago, 49% to 48%. This time around, Zeldin won by a double-digit margin, 67% to 33%.

That may be expected, with Staten Island voters not as put off by President Donald Trump and his antics as the rest of the city is.

Even in the Bronx and Manhattan, Zeldin did relatively well. Four years ago, Molinaro earned just 8% and 10% of those respective boroughs’ votes. This year, Zeldin won 22% and 18%, respectively.

It’s worth repeating: For a Republican to win nearly a quarter of the Bronx vote is a big deal. It’s not a big enough deal, of course. That and $6 will get Zeldin a latte this morning.

But Zeldin proved something important: New York City is what makes New York a one-party state, but even the Democratic city has its limits.

Faced with far higher post-pandemic crime rates and a slow jobs recovery — Gotham is still missing 2% of its pre-pandemic jobs, while the country as a whole has recovered — some New York City Democrats will show their frustration at the voting booth.

Some city people who hate Trump and are angry at the Supreme Court’s abortion and gun control decisions filled in the Republican bubble on their ballots anyway.

Actually, quite a lot of people did.

Statewide, too, the Legislature looks to have lost a couple Democratic members because of its moves, in recent years, toward the far left. Hochul ought to heed this sign, as she faces tremendous pressure from the left to double down on cashless bail and tax hikes.

Progressives will argue that she owes them: The left-wing Working Families Party accounted for 11% of her vote this year, compared with just 4% of Cuomo’s in 2018. But Hochul wouldn’t have needed the far left had she kept the center.

Statewide, Hochul’s margin of victory over Zeldin was 53% to 47%. Had Zeldin won another 5% of the city vote, he would have cut Hochul’s victory to 51%, far too close for comfort.

And presumably, such a GOP margin in New York City would bode poorly for the Democratic candidate in the rest of the state, too. This year, Zeldin easily won Long Island, a region Cuomo won four years ago.

So Zeldin sent Hochul a historic, and invaluable, message Tuesday night: Don’t take New York City Democrats for granted. Without clear progress on crime and the economy over the next four years, and with (let’s hope) the memory of Trump fading, New York remains in play, for the first time in more than a generation.

AirTag reunites lost dog with its owner after impromptu walkies