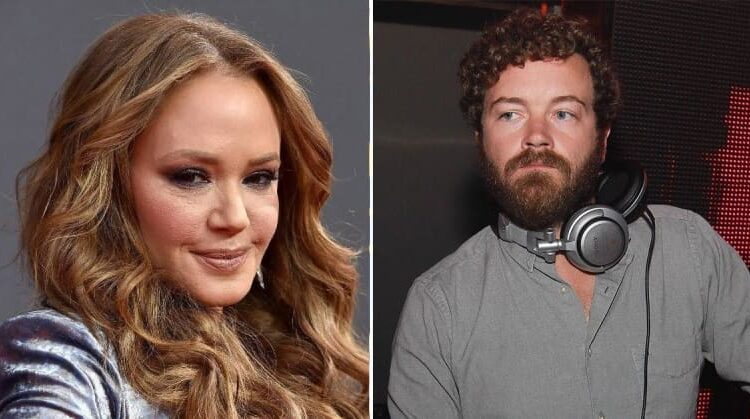 Outspoken ex-Scientologist Leah Remini became the focus of Danny Masterson’s criminal trial as his lawyer tried to remove any potential jurors who had seen the actress’ documentary about the church, RadarOnline.com has learned.

Masterson, 46, arrived at the Los Angeles Superior Court with his wife Bijou Phillips, 42, on Tuesday for another day of jury selection in his criminal case.

The Scientologist stands accused of sexually assaulting three women in separate incidents between 2001 and 2003. He has pleaded not guilty to the charges. If convicted, Masterson faces 45 years in prison.

All of the accusers were Scientologists at the time of the alleged assaults. Masterson is a prominent member of the church.

The women separately filed a civil lawsuit against Masterson and the Church of Scientology. The suit said the women were victims of “fair game” attacks by the defendants after they reported the alleged assaults to law enforcement. Masterson and the church have denied all allegations of wrongdoing.

The case is pending while Masterson’s criminal case plays out.

Tony Ortega from The Underground Bunker has been in the court for jury selection. He reported that earlier day a jury was finally selected after five grueling days.

Prior to the jury members being confirmed, there was a bit of back and forth between Masterson’s attorney and the prosecutors.

Masterson’s lawyer objected to one potential juror who had worked with sexual assaults in a hospital and had seen Leah Remini’s docu-series, Scientology and the Aftermath.

Prosecutors pushed back on the objection which led to Masterson’s attorney saying any potential juror who saw Remini’s program could not give Masterson a fair trial.

Masterson’s lawyer pointed out that two of the alleged victims appeared on Remini’s program. The judge argued that because an individual had seen an episode of the show did not necessarily mean they had seen the alleged victims’ story. Remini’s show ran for 3 seasons on A&E and featured numerous ex-Scientologists speaking out against the church.

Other potential jurors said they felt Scientology was a “cult” while others had experience with sexual assault. The judge ended up excusing some while refusing to eject others.

As RadarOnline.com previously reported, the trial is expected to be shocking with ex-Scientologist Lisa Marie Presley and powerful Hollywood attorney Marty Singer named as potential witnesses.

Can You Get a Loan for a Car with a Poor Credit Rating?