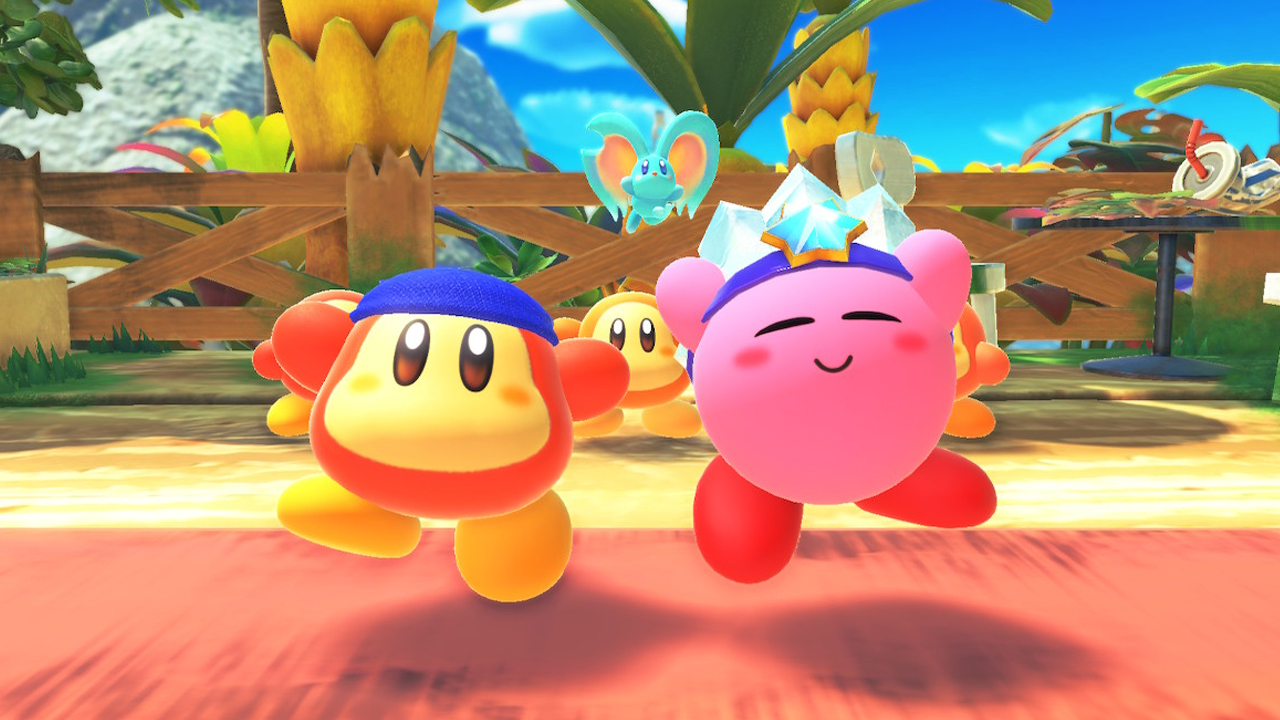 Kirby is having a good year, with two different games launching. To celebrate the launch of Kirby’s Dream Buffet, there’s some nice extras awaiting players in Kirby and the Forgotten Land.

Nintendo shared on Wednesday that anyone who redeems a special code in-game in Kirby and the Forgotten Land can unlock some goodies to help in their journeys. The code is DREAMBUFFET, and anyone that uses it will unlock 4 Food Items and 300 Star Coins. The code is available to use from Aug. 17 through Sep. 17, 2022.

Kirby and the Forgotten Land launched back on March 25, 2022. As a 3D platformer, players explore a strange forgotten land (hence the title). In our review, we found that it was “…simple yet satisfying platformer that’s fun for people of all ages and skill levels,” offering a fun experience that isn’t too challenging.

Kirby’s Dream Buffet isn’t a full platforming game like Kirby and the Forgotten Land. Instead, Kirby’s Dream Buffet is an even more light-hearted party game that’s meant to be played with others in multiplayer across three different minigames. Players compete to eat and grow, making their Kirby become the biggest Kirby possible by consuming massive amounts of strawberries. Fittingly, the stages are themed after delicious treats like huge cakes.

The utter idiocy of ‘Liz Cheney for president’

How to keep your car dust free