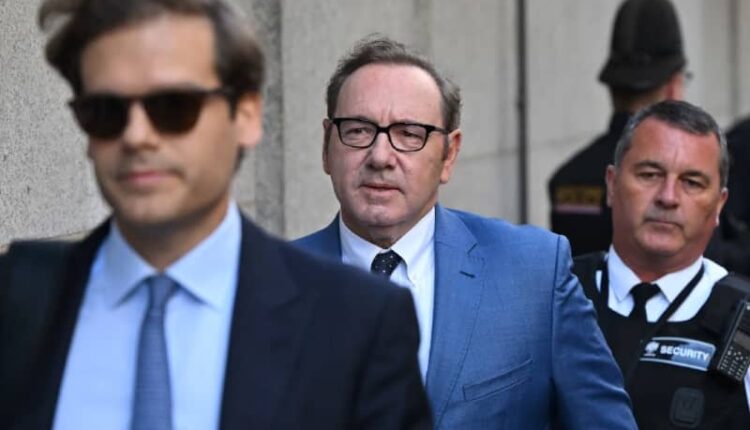 New York (AFP) – Kevin Spacey will appear in a New York court from Thursday to face a civil lawsuit brought by US actor Anthony Rapp, who has accused the disgraced Hollywood star of sexually abusing him when he was 14.

The two-time Oscar-winning star of the stage, cinema and television  — whose full name is Kevin Spacey Fowler — has disappeared from public view since he became one of the first performers to be caught up in the freshly minted #MeToo movement in October 2017.

Rapp, who currently stars in the “Star Trek: Discovery” series, turns 51 this month. He filed a complaint in September 2020 against Spacey for advances and an alleged sexual assault at a party in Manhattan in 1986.

Spacey, who built his worldwide fame since the 1980s in movies such as “The Usual Suspects” and “American Beauty” and on to the Netflix hit “House of Cards,” has always denied allegations of sexual abuse.

The #MeToo movement exploded in October 2017, when more than 80 women in the movie industry accused — and ultimately brought down — the previously untouchable producer Harvey Weinstein.

At the end of the month, Rapp accused Spacey for the first time, in great detail, in an interview with BuzzFeed News.

The next day, on Twitter, Spacey presented his “sincerest apology” to Rapp for any “deeply inappropriate drunken behavior,” saying he did not recall the incident.

After a 2020 criminal charge of sexual assault was dismissed by a judge, Rapp filed a civil suit that will see Spacey in a Manhattan courtroom starting Thursday at 9:30 am (1330 GMT), in a case to be heard by a jury and presided over by Judge Lewis Kaplan.

“Mr Spacey will appear Thursday and throughout the trial. We look forward to his vindication by an impartial jury,” his lawyer Jennifer Keller told AFP in an email.

Kaplan had dropped Rapp’s initial charge of sexual assault, ruling it had been brought too late and was not covered by a New York state law on child protection, implemented in 2019.

However, the judge acknowledged that during the party in 1986, Spacey had fondled the 14-year-old boy’s buttocks, lifted him onto a bed and laid partially on top of him while fully clothed.

During his testimony 35 years after the incident, Rapp agreed there had been “no kissing, no undressing, no reaching under clothes, and no sexualized statements or innuendo,” during an incident that had lasted no more than two minutes.

Spacey has been hit by other charges in both the United States and Britain.

In August, a California judge ordered him to pay almost $31 million to the production company responsible for making the “House of Cards” series, from which he was fired when accusations of sexual harassment against him emerged.

In London, he is being prosecuted for sexual assault against three men between March 2005 and April 2013, when he was a theater director, and to which he pleaded not guilty last July.

And in Massachusetts, Spacey was charged with indecent assault and sexual assault on an 18-year-old bar worker in July 2016. The charges were dropped in July 2019.

You know you don’t have to spend more than $100 on a tablet, right? The Fire HD 10 is currently half price