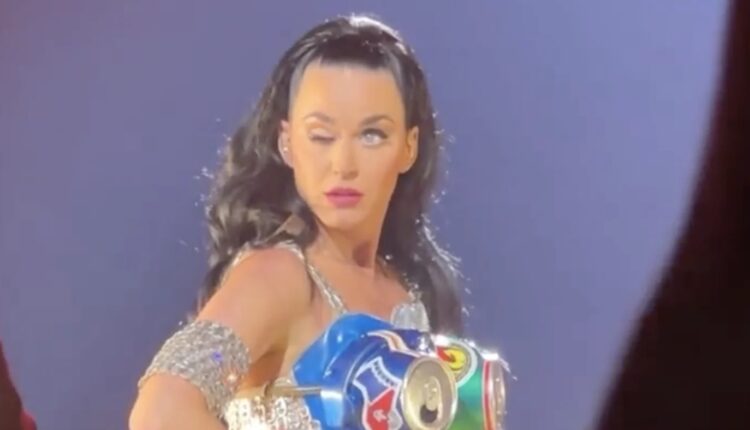 Katy Perry says the moment she appeared to get her eyelid stuck during her Las Vegas residency was a “broken doll eye party trick”.

The singer, 38, seemed to suffer the glitch on Monday (October 24, 2022), prompting fans to say she had experienced a “mechanical failure” and joke she had been replaced by a cyborg.

Katy shared a clip of the moment on Thursday (27.10.22) on her Instagram, and wrote in a caption: “Welcoming all my #flatearthers #spaceisfakers#birdsarentrealers #skyisntbluers to come see my broken doll eye party trick IRL in Vegas next year! The show’s set list is a fun through memory lane going all the way back to 2008, a time when we weren’t all frozen by the paranoia of our own echo chambers!

“This show is a nonstop party about finding unconditional love and strangely (for me) not political at all, heck I pour beer out of my t*** (that’s a party trick too… I don’t actually lactate hops silly goose!) Hope to sing along with you in 2023! And we’ll drink, this one’s on me, cause we’re all #chainedtothealgorithm #therealproblemlolhaha.”

She started her ‘Play’ residency in Las Vegas in December 2021, with stage stunts including the singer emerging from a giant toilet.

Katy, who shares daughter Daisy Dove, two, with her fiancé Orlando Bloom, 45, told The Cut site on Monday (24.10.22) she is usually “long gone” by the time people recognise her from her motherhood classes.

She said: “We do a lot of mommy-and-me classes. This morning, I was with her at a ballet class, and this woman goes, ‘Oh my god, you look so much like Katy Perry.’

“And I was like, ‘Hi, nice to meet you. I care about my kid and take her to classes’ – I’ve become a member at all the museums – we go to the zoo, the Natural History Museum, the kids’ museum. That’s my new club.