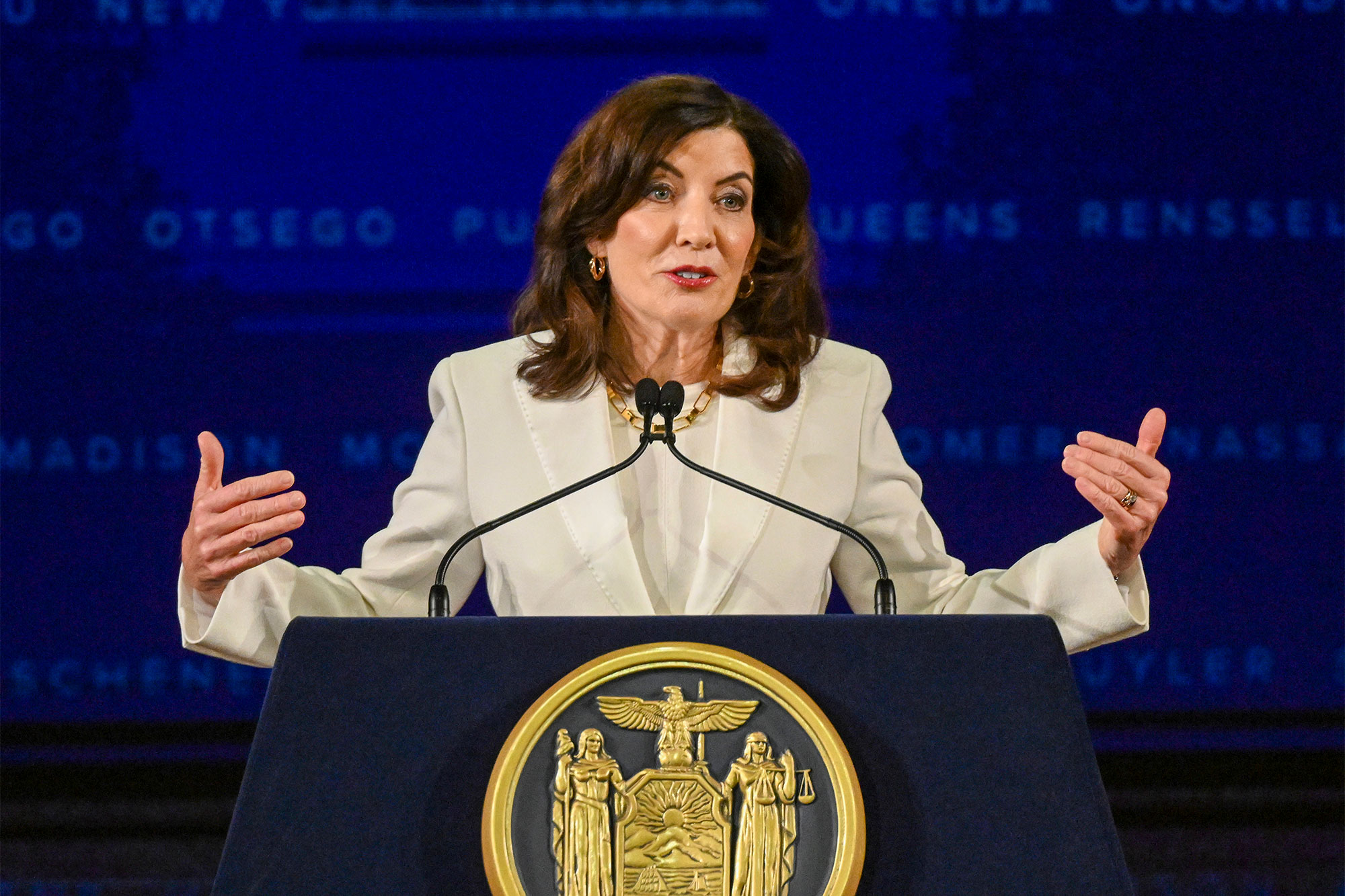 Gov. Kathy Hochul is calling the area around Penn Station “blighted,” likening it to “Skid Row.” No kidding! And who’s fault is that, if not, at least in part, hers?

And the only reason she’s even admitting it is because it’ll further her misbegotten redevelopment plans there.

Picking up on grossly flawed ideas she inherited from her disgraced predecessor Andrew Cuomo, Hochul would have the state take over vast swaths of property around the transit hub via eminent domain — it’s blighted, after all — and use it to let a developer (who donated handsomely to her campaign) build supertall office towers there (enjoying equally handsome tax breaks in the process).

The rationale: The new buildings would generate revenue to fund station improvements and spruce up the area.

Yet the plan’s finances amount to, as Nicole Gelinas puts it, a Rube Goldberg scheme that makes little sense, with even less justification. The plan also steals tax and governing authority from the city. And it won’t even produce sufficient changes to the transit hub.

Do Penn and its environs need improvement? Absolutely. They’ve been a disgrace for decades. Every day, commuters and tourists must fight their way past armies of homeless people, druggies, the mentally ill and outright criminals.

But that’s because progressives, including Hochul herself, have refused to take any of these people off the streets. Small-time perps who commit crimes every day — and get nabbed over and over again for it — can’t even be asked to post bail when they’re arrested but must be released immediately, no questions asked.

That’s the story not just for Penn Station, but for many areas around the city. Are they all to be considered blighted, too?

If Hochul is unhappy with the station and the blocks around it, she should focus her attention on cleaning them up; fixing those disastrous bail laws would be a great start. And there are plenty of better ways, as Gelinas also noted, to finance a proper makeover for the station itself.

Meanwhile, calling the area “Skid Row” to advance Hochul’s own flawed plan is about as transparent a ploy as it gets.

Mayor Adams, now is the time to transform NYC — before even more New Yorkers flee

Will the Fed blink in 2023 and extend our economic agony?