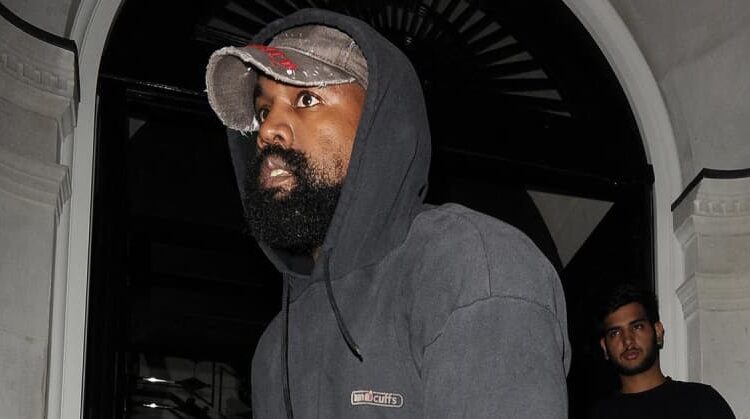 Kanye West is copping backlash again. This time, it’s because he wore a “White Lives Matter” shirt to his own fashion show, RadarOnline.com can confirm.

The shocking move was made at Ye’s surprise show in Paris on Monday. The rapper-turned-clothing designer hit the stage to preach about the statement behind his season 9 collection. However, his message got overpowered by the three letters displayed on his back.

Walking out in bedazzled flip-flops, Ye showcased his new beard and a long-sleeved black shirt reading “White Lives Matter.” But he didn’t just make a statement with his fashion choice.

“I am Ye, and everyone here knows that I am the leader,” he told the crowd as they cheered. “You can’t manage me.”

While Ye had the fashion show attendees in a trance, the feeling wasn’t mutual on social media. Twitter went nuclear on the Grammy winner over the “White Lives Matter” shirt.

“Kanye is an a—— and nobody to take seriously. He is trying to live out his fantasy of being a republican white man means he no longer holds a voice for us and we treat him as such. Nobody is going to see anything differently, white lives matter is a racist rebuttal to BLM…” one person wrote. “This man Kanye is wearing a white lives matter shirt I can’t defend him on this one, he needs to face the consequences for this one,” added another.

“Why tf would you have a Black woman wearing a tee that says ‘WHITE LIVES MATTER,’” posted another upset user. “You’re being contrarian, and doing it to provoke & aggravate; not to be artistic and creative.”

“Idk about that White Lives Matter gear bruh don’t know what y’all were thinking on that one,” shared a fourth.

“Running to get my white lives matter shirt,” added a second.

Twitter isn’t just going after Ye. Users are also coming for his ex-girlfriend Irina Shayk, Naomi Campbell, and Anna Wintour, who all got special shout-outs at the beginning of the show.

Twitter users are claiming Hill’s daughter wore a “White Lives Matter” shirt in the show. RadarOnline.com has reached out for comment.

There are now 100 million songs on Apple Music