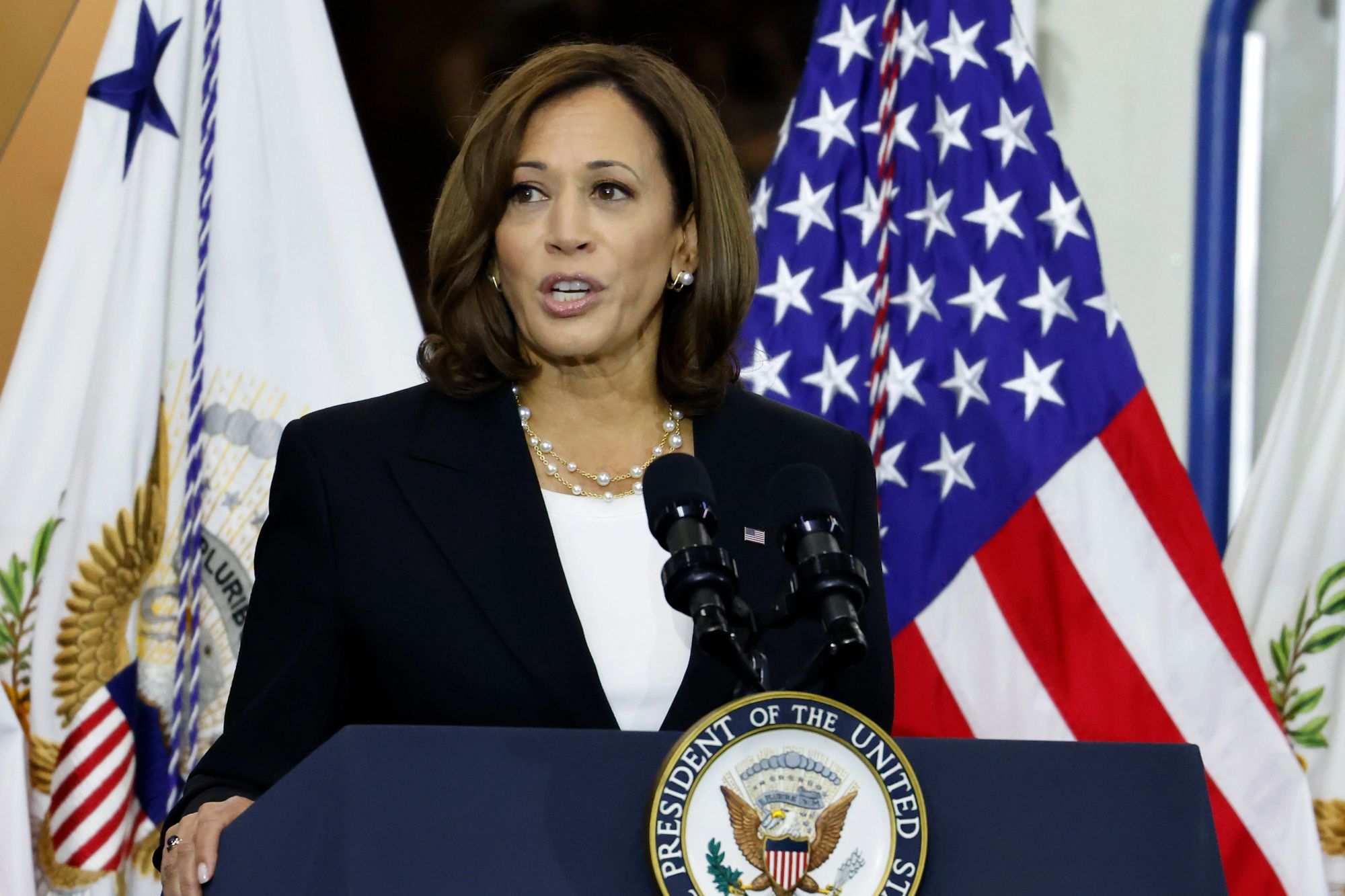 “The border is secure,” Vice President Kamala Harris lied to the nation Sunday on “Meet the Press.” Asked to justify that claim, all she could offer was: “in that that is a priority for any nation, including ours and our administration.”

She followed by admitting “There are still a lot of problems that we are trying to fix,” but pinned those on “the deterioration that happened over the last four years.” Meaning: It’s Trump’s fault!

She then insisted the answer is “to put into place a law and a plan for a pathway for citizenship for the millions of people who are here and are prepared to do what is legally required to gain citizenship.”

That is: The issue isn’t the 4 million or so who’ve illegally entered the nation under Biden-Harris, but rather the fact that it’s too hard for them to retroactively become legal.

And the problem there, she explained, is that “people are playing politics” — i.e., by not passing a “path to citizenship for illegal migrants” law.

(She also faults the state of Texas for “playing politics,” which has to mean its busloads of migrants to DC and NYC — when the administration is itself sponsoring buses and flights to send migrants all over the country under the radar.)

What an utter load of crap. Securing the border plainly is no priority for this administration, which won’t support increasing the size of the Border Patrol even though at least 800,000 illegal migrants have made it into the interior on its watch without being intercepted, and the tide is growing as migrants increasingly come from further away.

And of course Biden-Harris ended every Trump-era agreement with other nations to reduce the border surge. They are literally waving the migrants in, and sending most on their way.

Heck: The Wall Street Journal reports that the Biden Justice Department is even failing to file the paperwork for 17% of the on-their-way-ins to start the legal process that might lead to an order of expulsion.

And Biden-Harris plainly don’t care about the impact of the tide on Texas or Arizona — they’re only showing any concern now because those states have bussed a few thousand migrants to “sanctuary” cities that are now complaining about the costs.

We don’t have a secure border, but a wide-open one. Indeed, the Drug Enforcement Agency says smuggling of fentanyl and other deadly drugs is at record levels.

And it’s wide open because that’s what the White House (backed by nearly all Democrats in Congress) wants. They not only refuse to enforce the law, they insist the only possible “solution” is to legalize the law-breakers.

“Security,” in their book, means “surrender.”