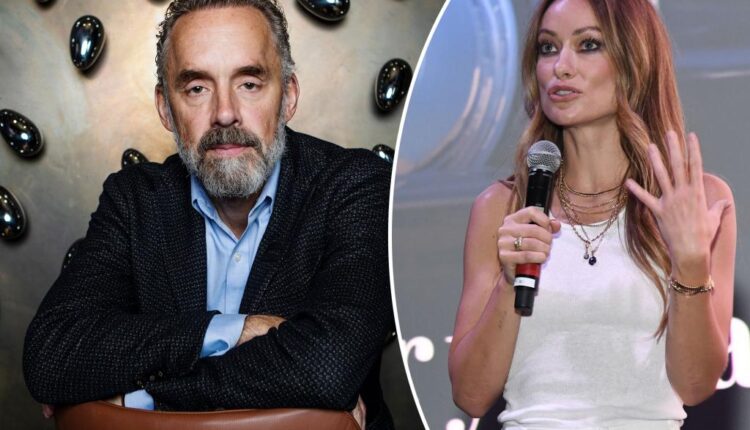 For the crime of teaching young men to assume responsibility for themselves, Jordan Peterson has been relentlessly attacked. But there’s nothing wrong with telling boys to buck up—in fact, it’s desperately needed.

The latest demonization of Peterson comes from actress Olivia Wilde. In an interview about a new movie she directed called “Don’t Worry Darling,” Wilde revealed the film’s misogynistic cult leader antagonist was actually based on “this insane man, Jordan Peterson, who is the pseudo-intellectual hero for the incel movement.”

Wilde suggests that incels—an online community of young men who feel rejected by women and often harbor hostile (and even violent) feelings towards them—think Peterson is “someone who legitimizes certain aspects of their movement because he’s a former professor, he’s an author, he wears a suit, so they feel like this is a real philosophy that should be taken seriously.”

The incel philosophy, as Wilde describes it, contends that women “must be put back into the correct place” and that men are justified in “[feeling] entitled to sex with women.”

As a young woman who has personally found great empowerment in Peterson’s books and lectures, it’s a characterization I know to be completely false.

Although I’m definitely not an incel, I read Peterson’s book 12 Rules for Life a few years back in my freshman year of college. I also poured through his expensive library of lectures during the pandemic. While Peterson’s audience certainly tilts male, his wider message isn’t gender-specific.

In fact, it’s thanks in part to Dr. Peterson that, while it felt like the world was crumbling around me as a 19-year-old in lockdown, I decided to buckle down, work hard, and launch a career in journalism, rather than give in to nihilism.

Never once did I feel Peterson wanted to “put me back into the correct place” as a woman. Had he done so, I, as a feminist, would have recoiled in horror. Actually, I found him to be one of the few cultural voices who pragmatically discusses many of the challenges women face in balancing career and family ambitions.

Beyond the fact that Wilde’s views of Peterson feel so removed from my own, he also took her attacks quite personally. Indeed, the famously stoic psychologist recently choked up when asked by Piers Morgan about Wilde’s comments.

“People have been after me for a long time because I’ve been speaking to disaffected young men. What a terrible thing to do that is,” Peterson said with tears in his eyes. “It’s very hard to understand how demoralized people are—and certainly many young men are in this category.”

For this response, Peterson was then mocked relentlessly. But he’s right. Boys are struggling.

Today, 60 percent of college graduates are female. And one in six 18- to 24-year-olds are neither going to school nor working, with young men disproportionately overrepresented among them. In that age bracket, men are six times as likely than their female counterparts to commit suicide.

Unmoored young people—particularly young men—need a role model. But, for the crime of offering his predominantly male audience someone to look up to, Peterson has been dragged through the mud and even equated to the magical Nazi villain Red Skull.

Young men are falling behind by virtually every measure. Which is why Peterson’s words of wisdom and encouragement are actually a service to society. Yet our society is cynically convinced that any male empowerment is intrinsically sinister, or somehow anti-woman.

But empowerment isn’t a zero-sum game. Boys can be uplifted without girls being pushed down.

Besides, the vast bulk of Peterson’s advice isn’t gender-specific. It’s classic pull-yourself-up-by-the-bootstraps wisdom: clean your room, stand up straight, get yourself in order, assume responsibility, and make yourself a respectable person before you criticize others.

Perhaps more young men flock to this messaging because they’re in more acute need of it. Young women are encouraged with messages of “girl power” and are rightfully told they can be whoever they want to be. Young men, on the other hand, are regularly informed that their masculinity is inherently toxic and are starved for similar empowerment.

As Peterson told Piers Morgan, “It’s really hard to see how many people are dying for lack of an encouraging word—and how easy it is to provide that.”

His message is one young people—men and women alike—desperately need to hear. The pandemic pulled the rug out from under our feet before we ever had them solidly on the ground. Our educational and career paths were derailed. We have no control of the world around us. Gen Z is facing down a very uncertain future in an era of chaos.

The only thing that is in young people’s control today is their own actions. By teaching us to grow up, embrace responsibility, and take charge of our destiny, Peterson preaches a message of radical individualism in a culture that seemingly celebrates victimhood at every opportunity.

If telling young people to clean their rooms makes Jordan Peterson a cult leader or a Nazi villain by today’s standards, something is seriously wrong.