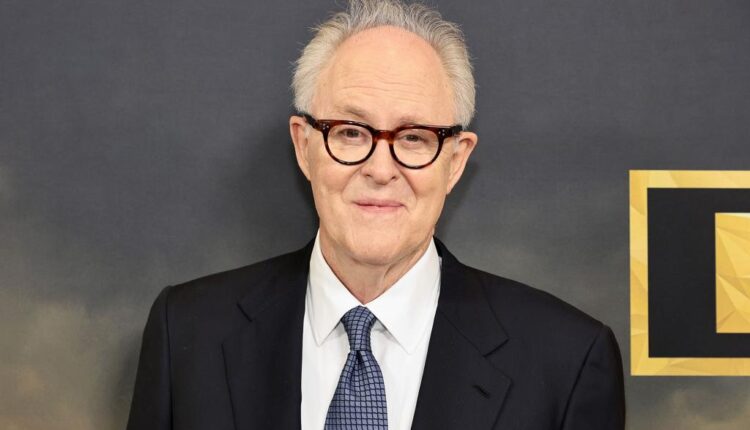 “This I kind of made up as I went along. Playwright Douglas McGrath picked me as director maybe because I once created my own solo show. Mine’s a theatrical family. While just tap-dancing until someone hired me as an actor, I directed my father locally. 1973, I debuted on Broadway, three weeks later won the Tony and haven’t been out of work since.”

Ever suffered actors who were pains in the behind?

“I’ve been one myself. For the stage it’s craftspeople. Get hired when you know what you’re doing and can conduct yourself like a lady or gentleman. Movies is different. That’s hierarchal grandees with lots of power.”

Tell us about your TV show “The Old Man.”

“Magnificent Jeff Bridges survived his medical problems. We were quite nervous and had to shut down 18 months. But he’s now better than ever.”

And where are your awards?

His other talent is magic. Pre-presidency, light on cash, he took a bus to a book agent, did an autobio that nobody bought, it disappeared, reappeared in a dressed up version and then sold. And now his home’s a multimillion dollar spread.

Ron DeSantis — scratching toward the presidency — made New York a prototype of disintegration as his state’s COVID deaths remain unrecorded. Why? The deceased were not Florida residents.

DeSantis, may his tripe decrease, may not recall that the COVID Tracking Project lists Florida’s Aug. 16 week average at 70 gone. New York, 28.

I was just in Princeton. Not to flunk math nor push my tush into seats warmed by Bezos, Michelle Obama, JFK, F. Scott Fitzgerald and Supremes Sotomayor and Kagan. My nephew, Judge Robert Miller, lives there and for free food I’d schlep to Malta.

1777. Weeks before Biden’s birth, Gen. George Washington fought our Revolution around the College of New Jersey — now Princeton University. Our dinner was at the town’s revered establishment the Nassau Club. I sat under Woodrow Wilson — his photo, anyway — who in 1903 was club president.

There I learned of one Princeton did not admit. Alexander Hamilton. Founder of the great New York Post.

So no thanks to Jersey for “Headless Body in Topless Bar.”

The three R’s of education today: reading, rioting and rifles.