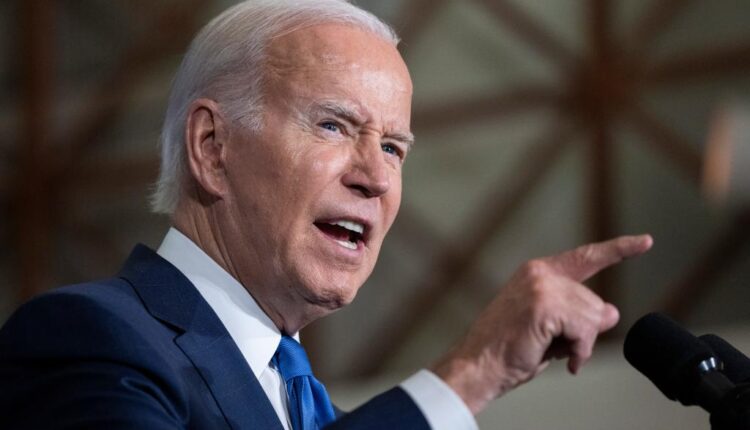 Joe Biden wanted to give a stirring speech to rouse Americans to angry purpose about the threats to democracy represented by “election deniers” running for office across the country. He was, according to CNN’s reporting, spurred to action by the horrible attack last week on the husband of the speaker of the House, which Biden believes is a direct result of Donald Trump’s effect on the United States over the past seven years.

So … that’s what he wanted. But, as the great philosopher Mick Jagger once said, you can’t always get what you want.

The address he delivered Wednesday night wasn’t a forceful speech. It was a forceless speech. Biden didn’t appeal passionately to the better angels of our nature because there was no energy behind his words.

He seemed exhausted, spent — so much so that even in the course of making an argument I find repellent, he didn’t even get me mad.

Instead of being roused to rage by his cagey effort to turn the horrifying violent act of a paranoid schizophrenic into an implicit indictment of the very idea of voting Republican, I felt almost paternal toward Biden, who is 18 years older than I am. It was like he was one of my kids and he was showing signs of having stayed up too late and it was past time for him to go beddie-bye.

And there was much in the speech I found inarguable. Was the Jan. 6 attack horrendous? Yes. Are people who deny the results of the 2020 election wrong? Very wrong. Has Donald Trump “put the loyalty to himself above loyalty to the Constitution,” as Biden put it? Yes, and he deserves condemnation for it.

But is election denial itself a paramount threat to the very future of this country, as this speech would have you believe? Please.

If it were, then every person who stood by smiling and nodding as Stacey Abrams claimed the governorship of Georgia had been stolen from her — hundreds of elected Democratic officials across this country among them — would be every bit as guilty of a crime against our country’s foundation as the people who thought and think the same of Donald Trump’s loss in 2020.

They aren’t guilty of any substantive offense except being sore losers on someone else’s behalf. That stinks, and we’re a less civil polity because of it. But while election denial did play a role in inspiring the Jan. 6 attack, the shocking increase in political violence in the United States long preceded it.

Donald Trump encouraged people at rallies in 2016 to beat up protestors. That was evil. But it had nothing to do with election denial. Evil was also at work when Bernie-bro James Hodgkinson shot up the congressional baseball game in 2017, but not election denial.

Treating Nancy Pelosi as the personification of bad statist policy has been a feature of American politics since 2010. Doing so is not evil. It’s hardball negative politics, and it’s not all that special either — Democrats hated Newt Gingrich when he was speaker every bit as much in their time. And none of it was election denial.

Our politics is ugly, and that ugliness is probably going to get worse. But Biden’s assertions that we should blame the ugliness on a political opposition that is going to destroy America were belied by Biden’s own exhausted delivery of his lame attempt at a Ciceronian jeremiad.

More important, not a word he said will spare his party from an electoral reckoning next week.

How the government hid the truth behind Hunter Biden’s laptop