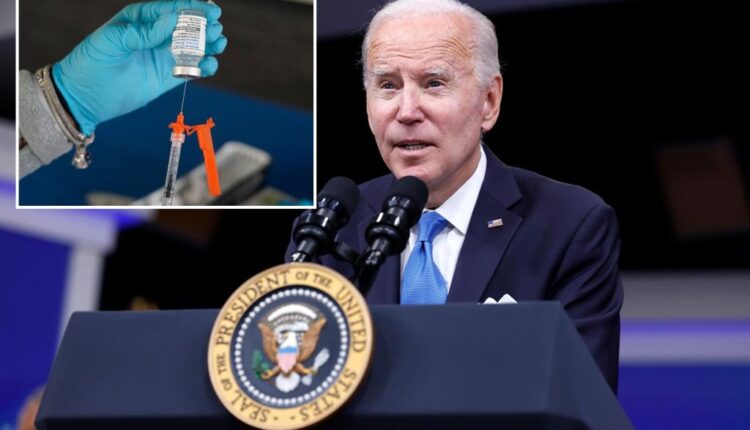 When it comes to wasting money, the Biden administration has few peers. Earlier in the year, Team Biden re-purposed billions of dollars to buy 170 million doses of the new bivalent COVID-19 vaccine. The problem is, few people are getting the shots.

The CDC reports that just 35 million people — roughly 11% of the population and only 15% of the 227 million people who have completed the primary vaccine series and are eligible for the new booster — have taken it in the three months since it was authorized.

But instead of examining why the response is so poor, the administration is resorting to its usual solution — spend more money.  White House COVID-19 response coordinator, Dr. Ashish Jha, has just announced a “six-week sprint” to convince Americans to get their updated vaccines.

The White House fact sheet for the new campaign reports that already “Over 70,000 locations are offering the updated COVID-19 vaccines, and the Department of Health and Human Services (HHS) has taken steps this month to expand to even more locations.”

Apparently, that is not enough. The administration says it will pilfer another $475 million from the Provider Relief Fund — meant to preserve the healthcare system by financially supporting providers who experienced lost revenues and increased expenses during the pandemic — to boost bivalent booster uptake. The program will “invest” (this administration never spends) $350 million into community health centers to raise booster awareness and expand vaccination activities. Another $125 million will go “to national organizations that serve people with disabilities and older adults to support community vaccination programs and efforts.”

The campaign will include a paid media effort targeting Americans 50 and older and those with chronic conditions with a TV ad called “Can’t Wait.”

Who are the beneficiaries of this largess? The same organizations have already been lavishly funded to increase vaccinations. Is there any reason to think these new efforts will be more successful than previous ones?

The administration has been trying for months to increase booster awareness and uptake through private organizations and HHS’s long-running “We Can Do This” COVID-19 public vaccine education campaign aimed at boosting vaccination rates.

The fact is, someone would have had to be living under a rock for the past three years to not be aware of the pandemic, the vaccines, and now the boosters. This is not a publicity problem. It is a demand problem.

People will not be vaccinated for a disease that they think poses little risk to them. New COVID cases, ER visits for COVID, and COVID hospitalizations peaked three months ago and have been declining since. The COVID death rate peaked in early February, rapidly declined, and has been low and stable since May.

Unsurprisingly, after a small and short-lived increase in early September following the authorization of the bivalent booster, the number of vaccines administered has returned to the low levels of the past nine months. The last time there were high numbers of vaccinations was in mid-December 2021, coincident with the Omicron surge.

Demand has also been hurt by the fact that vaccines have little effectiveness in decreasing transmission of the newest viral variants. Breakthrough infections, some serious and even leading to death, are common leading the Washington Post to recently declare that “Covid is no longer mainly a Pandemic of the Unvaccinated.”

The administration insists it “was forced to reprioritize resources due to a lack of funding from Congress” needed to “increase vaccination levels ahead of a potential winter COVID surge.” So far, that surge has not materialized and demand for the new boosters is unlikely to increase until it does.

The solution to every problem is not — as the Biden administration apparently believes — to spend more money. The administration has already wasted billions buying millions of booster doses that will likely never be used. It should not throw away more good money after bad.

Joel Zinberg is a senior fellow at the Competitive Enterprise Institute and director of the Paragon Health Institute’s Public Health and American Well-Being Initiative.