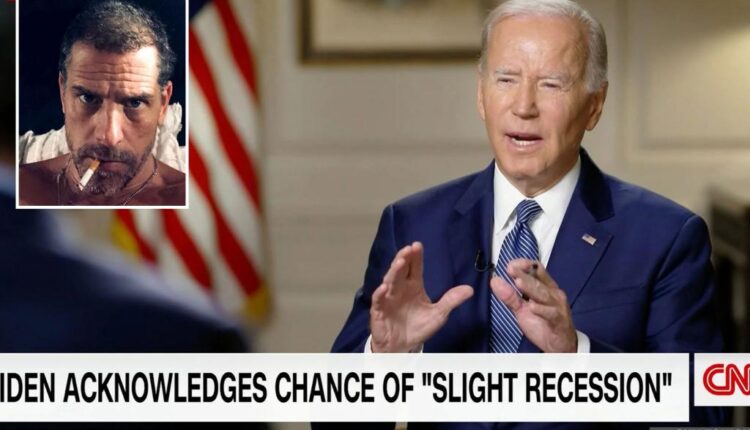 President Joe Biden shouldn’t be talking about his son Hunter’s case, let alone defending him as he did Tuesday night to Jake Tapper.

“I’m proud of my son,” who got “hooked on drugs” but has “established a new life,” the prez said: “He’s on the straight and narrow, and he has been for a couple years now.”

That was a clear push for mercy — from the ultimate boss of the Justice Department that’s weighing charges against Hunter. As we’ve asked before, how is there no independent counsel in charge of this case, as department rules clearly dictate? It’s pretty clear that Justice has already delayed this investigation.

Then, too, the prez only discussed Hunter’s admitted lies on a federal gun form, not the far more serious tax-dodging charges (or the unregistered-lobbyist issues, let alone the whole “Big Guy” stinkbomb) — and Tapper didn’t push him.

Casual viewers might well think mercy is indeed called for, and much of the media will back them up. But the real Hunter case is about selling influence with Joe, quite likely to Joe’s financial benefit. This wasn’t a parent supporting his offspring, but a potential co-conspirator pushing to quash a case that implicates him.

How Lee Zeldin learned he can defy the odds