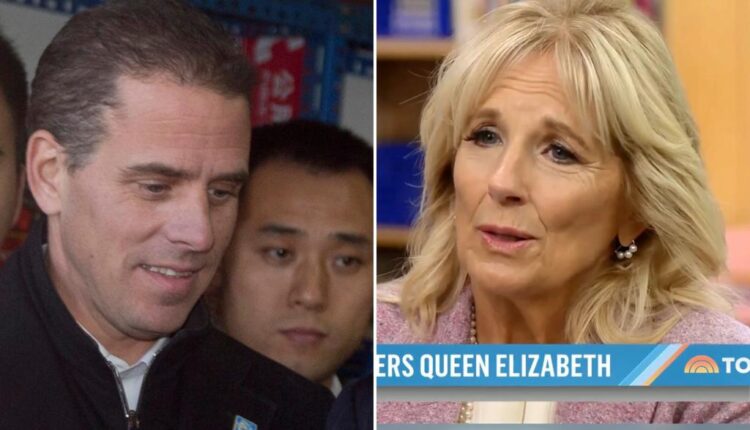 “Everybody and their brother has investigated Hunter,” First Lady Jill Biden told NBC News last week. “They keep at it, and at it, and at it,” yet “I know that Hunter is innocent.” Message: President Joe Biden’s wife is as big a liar as he is, and they both want the prosecutors who work for Joe to close this thing down as quietly as possible.

What’s in the public record shows Hunter broke gun laws by lying about his serious active drug problem on his permit application. And last year he paid off a tax liability of over $2 million dating back years as he announced he was under investigation for defrauding the IRS.

And of course his laptop holds ample evidence of other major apparent crimes, from unregistered work as a foreign lobbyist to influence-peddling, that would have had Hunter Smith in court long before now.

All with no special-counsel investigation and no congressional hearings, despite evidence that “Big Guy” Joe got a cut of Hunter’s deals.

Meanwhile, the probe by the Delaware US Attorney has moved so glacially — going on four years now — that sources within the Justice Department felt they needed to prevent a coverup by leaking that there’s already enough evidence against Hunter to support tax- and gun-related charges.

Not to mention that key FBI figures actively stalled the probe by dismissing the incontrovertibly real laptop evidence as Russian disinformation.

Fine, you can’t blame a mother for publicly defending her son. But, as Michael Goodwin notes, this follows the president’s similar “Hunter’s innocent” eruption; the combo “smells like a double-barreled message to [AG Merrick] Garland to complete the case by the end of the year while allowing them to say they never discussed it with him.”

With Republicans looking likely to win control of the House and maybe the Senate, the drive is on to get a fast plea deal that seals as much evidence as possible before the GOP can start hearings on this festering Biden family corruption.

Schools Teach CRT, So Much for Jim Crow 2.0 and other commentary