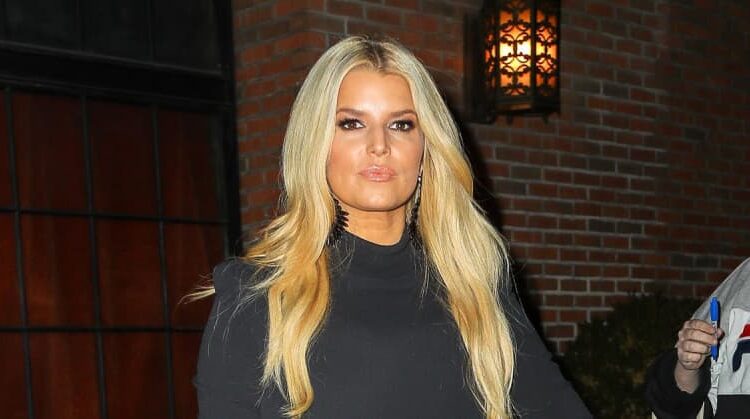 Jessica Simpson has had enough of the constant concern over her every waking move.

The 42-year-old took to Instagram on Sunday, November 6, with a lengthy message from the heart while she sang along to the lyrics “I don’t give a f**k about you,” from her song “Party of One.”

“I needed to be in my studio today because this is where I ground myself and heal,” Simpson began as she revealed her frustration with recent attention toward her voice in a video advertisement for Pottery Barn. “As much as I have learned to block out destructive noise…people’s comments and judgements can still hurt deeply with their incessant nagging ‘you will never be good enough.’”

A PUBLIC AFFAIR! INSIDE JESSICA SIMPSON’S 5 MOST ICONIC OUTFITS — GET THE LOOKS

“The most important thing I have learned through the last 5 [years] without alcohol being a guard for escapism, is that I CAN and ALWAYS WILL get through it,” the pop star continued as she expressed her struggles dealing with the abundance of hate over her body image and appearance.

“I am capable of pretty much anything I care enough about to put my mind to,” the Jessica Simpson Style founder added. “I am present. I am deeply inspired. I am determined. I am honest. I care about other people.”

“After grounding myself just now with my voice and the lyrics across my heart, I feel compassion for the opinionated hate that some people can so effortlessly just blurt out with such intensity on social media or in the media in general,” continued the mother-of-three — who shares Birdie, 3, Ace, 9, and Maxwell, 10, with husband Eric Johnson. “We all have our days of wanting to be, look, do, and feel better. Nobody is alone with that feelin’ that I can promise you.”

“I woke up at the same time anxious and insecure but also also angry and defensive — like some of you,” stated Simpson regarding the harsh comments on nearly all of her social media posts. “I know what works for me and that is to let go and simply sing while lookin directly inside the mirror, straight in my eyes to really see and understand myself.”

JESSICA SIMPSON’S FANS CONCERNED AS THEY BELIEVE SINGER ‘CAN BARELY SPEAK’ IN LATEST VIDEO: ‘SOMETHING IS WRONG HERE’

“I can connect with my heartbeat. I am stable and strong. I am home,” the “Take My Breath Away” vocalist expressed, adding, “a little advice … live inside your dreams and move through them. Don’t give up on yourself because someone else did. Stay true to YOU.”

Simpson concluded, “It has worked for me in this chaotic life thus far. Nothin’ and nobody will rob me of my joy. Ya might come close but it is mine to own. Yours should be too.”