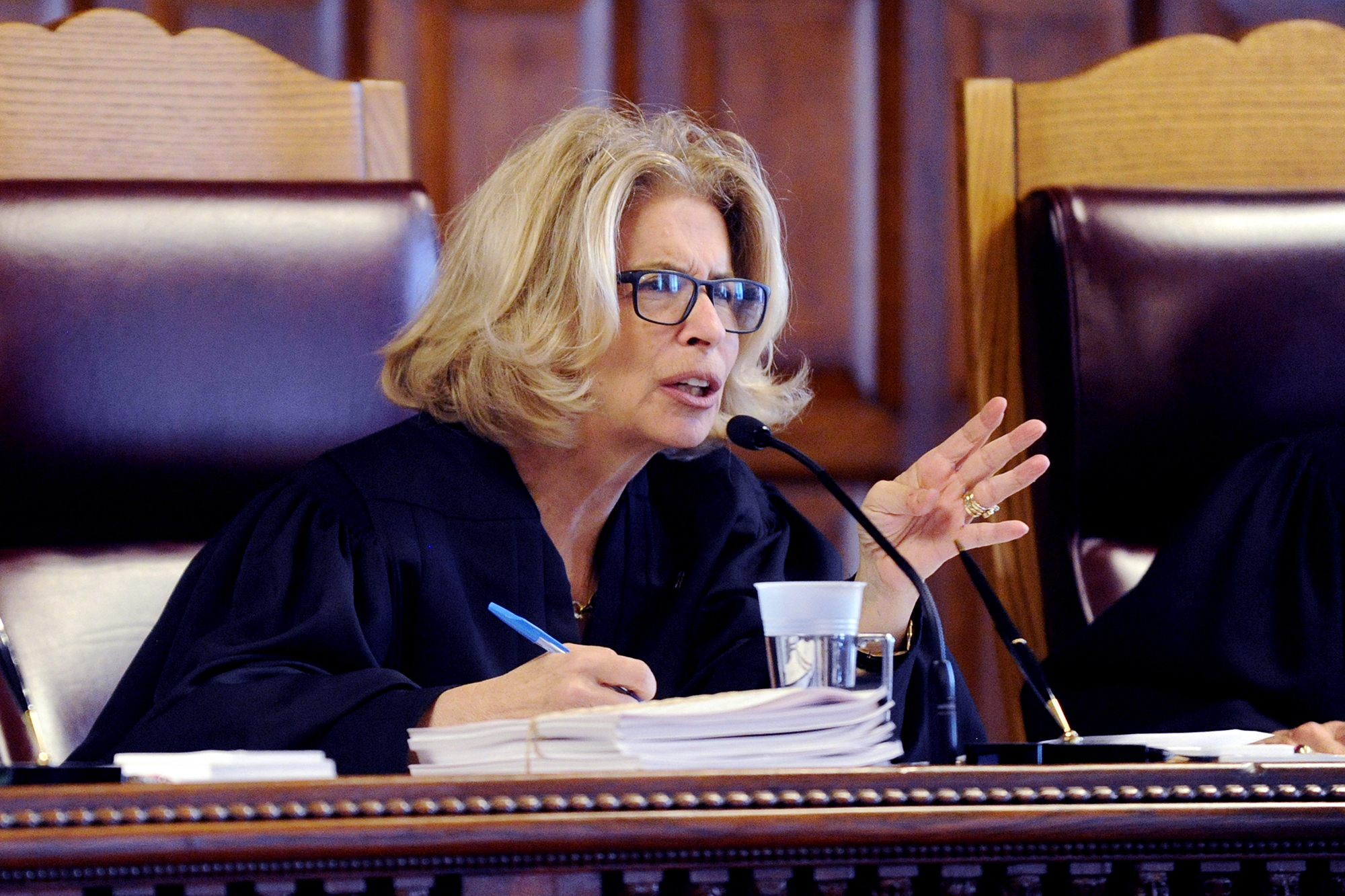 Shortly before Chief Judge Janet DiFiore announced her decision to step down from the state Court of Appeals next month, left Democrats began a campaign to smear her and her judicial legacy. It’s a clear progressive drive to bully Gov. Kathy Hochul into choosing a far-left successor, and so turn New York’s top court into a rubber stamp for insanity.

The smears amped up after DiFiore’s announcement, with reports that she’s facing a state ethics probe — with little mention of the fact that it was instigated by Dennis Quirk, president of the Court Officers Association, who plainly objects to how she did her duty overseeing the state court system.

Quirk organized a large protest outside her Westchester home, and publicly posted her address, over the vaccine mandate for all court workers. He was also the subject of a DiFiore-ordered investigation for alleged racist conduct towards black court officers and faced official punishment for threatening to post copies of an old story about an alleged DiFiore affair on court buildings statewide.

The lefty critics, meanwhile, claim DiFiore (named to the high court by fellow Democrat Gov. Andrew Cuomo in 2016) has tilted the court to the right. They complain that over the past year, she’s led a four-judge bloc in rulings against criminal defendants, tenants, workers and people suing police.

Progressives even compare the Court of Appeals majority to the US Supreme Court’s conservative bloc. Never mind that Cuomo tapped six of the court’s seven members (including the lone Republican, Michael Garcia) with the last (Shirley Troutman) nominated by Hochul. Or that most were confirmed by Democratic-majority state Senates.

State Sen. Brad Hoylman, who chairs the Judiciary Committee Chair, whines, “It’s time for a new direction in our judicial branch” — meaning a turn to ignoring the law and the state Constitution to forward the left’s pro-criminal, anti-business agenda.

Some resent DiFiore’s key role in striking down the Legislature’s blatantly unconstitutional gerrymander. Others are still irked she wrote the ruling that the Bronx Zoo’s Happy the elephant is not a “person.”

Now more than ever, New York needs fair-minded judges who won’t brainlessly sign off on the left’s lunacy. Hochul needs to stand her ground and tap a strong, common-sense centrist to fill DiFiore’s shoes.

Why I signed that letter denouncing attacks on Justice Thomas