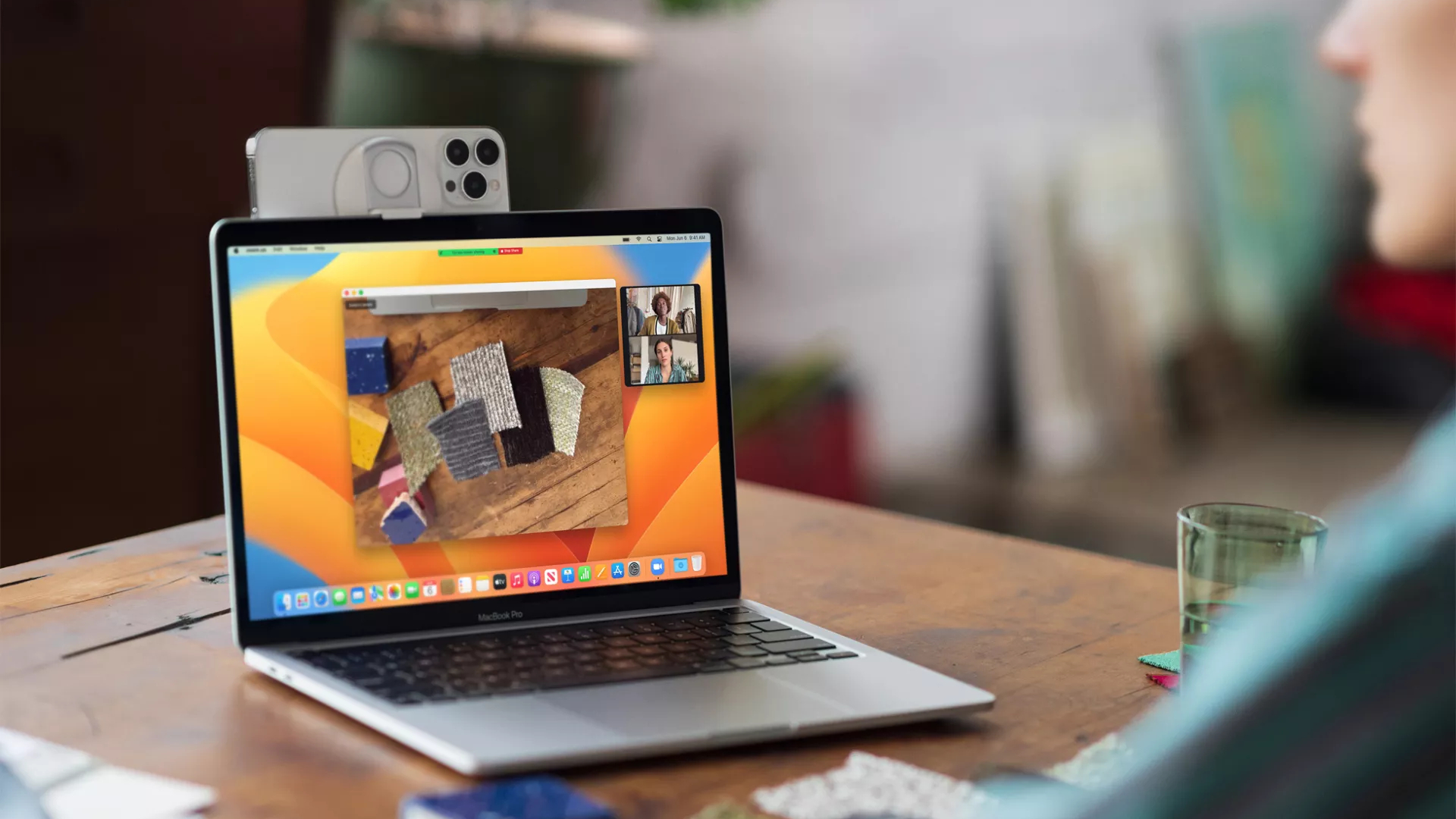 There’s much to love about macOS 13 Ventura, and perhaps nothing is better than Continuity Camera. The new feature allows you to replace your Mac’s internal camera with your much more powerful iPhone camera. The result is a much better video chat experience in apps and services like FaceTime, Google Meet, and more.

I’ve been using Continuity Camera with the macOS 13 Ventura public beta for a few weeks, and it has already changed how I feel about video chatting on Mac — for the better.

Over the years, much discussion has been made about the inferiority of front-facing FaceTime cameras on even the best Apple MacBooks versus the most basic third-party webcams. However, even though the current-generation MacBook Air (2022), 24-inch iMac (2021), 14-inch MacBook Pro (2021), and 16-inch MacBook Pro (2021) (finally) include 1080p FaceTime HD cameras, they still don’t measure up to modern iPhone cameras in terms of features and image quality.

Enter Continuity Camera, a feature no one expected when macOS 13 Ventura was announced in June or thought was necessary.

Assuming your iPhone and Mac are in close proximity, Continuity Camera just works. This ease of use should make the feature very popular once macOS 13 Ventura arrives to everyone this fall.

Once this connection is made, you can use three of the best camera features on iPhone with any camera app on Mac. These features include Center Stage, Portrait mode, and a new one called Studio Light. There’s also a new Desk View, which acts like an overhead camera, showing off your face and desk.

Bonus: most iPhones will work with Continuity Camera

Center Stage, certainly my favorite Continuity Camera feature, works with the iPhone 11 or later and uses the handset’s Ultra Wide camera. Better still, with Center Stage, you’re always centered in the camera frame during video calls or meetings — even as you’re moving around. Previously, Center Stage was only available on select iPads and the Apple Studio Display.

Thanks to Portrait mode, you can now blur the background during a video call on Mac. This requires an iPhone XR or later or an iPhone SE (2nd generation) or later.

When selected, the new lighting effect, Studio Light, will illuminate your face and dim the background. This feature is available using the iPhone 12 or later.

Desk View works with the iPhone 11 and later.

How and where to place your iPhone for Continuity Camera

Apple suggests the best way to use Continuity Camera is by placing your iPhone horizontally on a stand at the top center of your Mac display. To support this recommendation, Apple and third parties like Belkin are expected to release Continuity Camera stands that connect easily to a Mac in the coming weeks and months.

Instead of a stand, I’ve been using my handy Xenvo SquidGrip (opens in new tab) tripod. It’s a highly recommended product, although countless other mini-tripods on the market will also get the job done.

When describing Continuity Camera to non-techies who use a Mac, I often get one follow-up question: “You mean my Mac camera could be better?” Unfortunately, it’s a question without a solid answer.

On the one hand, I do think Apple should be embarrassed about the kind of cameras it places in its Mac products. Many of these computers far exceed $2,000 (even for a base model), and you would expect the best on the best. On the other hand, most video chats likely happen on mobile devices like iPhones, not Mac. Therefore, from a financial standpoint, it does make sense that less powerful cameras are on the Apple computers.

With the introduction of the Continuity Camera, Apple inevitably admits its Mac cameras aren’t great while offering a solution to fix this. And, big surprise, that solution doesn’t cost anything extra — assuming you also have a Mac and supported iPhone.

We expect Apple to release macOS 13 Ventura in September or October. Stay tuned.