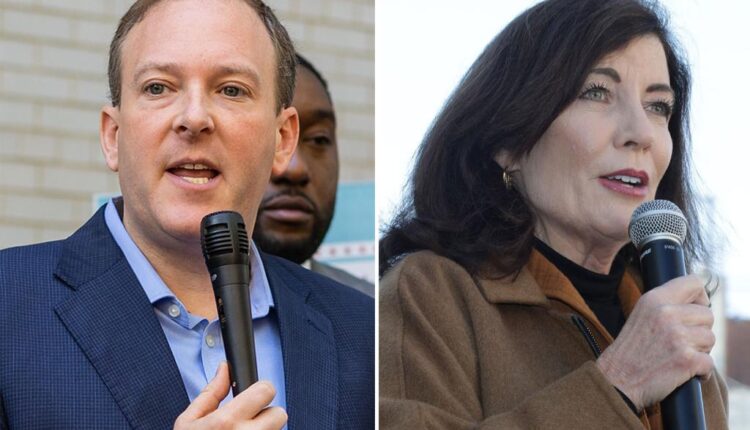 I have had it. New York’s criminal-justice system may not be the national laughingstock that Mayor Eric Adams called it. (I’m not sure how many people in Idaho know about it.) But it has become a joke to the police, assistant district attorneys and court personnel who deal with it every day — and an absolute tragedy for victims. It will not be fixed if Gov. Kathy Hochul wins re-election. That is why I support Lee Zeldin for New York governor.

My family has lived in New York City for four generations. I grew up in the Ravenswood public-housing projects in Long Island City, Queens. I started working in the Queens district attorney’s office in 1977, watching city crime reach its peak in 1990, with more than 2,200 murders, and its low in 2019, when there were just over 300 murders.

I retired in January 2020, just before the new bail, Raise the Age and discovery laws came into effect and “coincidentally” when the city’s crime rate began its historic rise. By the beginning of October 2019, before bail reform, the city had seen 71,699 major crimes that year. So far this year, there have been 95,273.

I started writing about bail reform and criminal-justice issues after I left the DA’s office. I wanted to stay out of candidate endorsements as much as possible, presenting the facts surrounding these reforms in as neutral, factual and rational a way as I could. But it has become frustratingly apparent that neither this Legislature nor this governor will fix New York’s criminal-justice system.

And in the clearest indication of where she intends to take this state, Hochul just promoted Joshua Norkin to be her deputy counsel advising her on criminal-justice issues. Norkin was the project coordinator of the Legal Aid Society’s Decarceration Project, which was a prime pusher of the disastrous bail laws.

The governor claims she has fixed the bail laws and dealt with “repeat offenders.” She has not. She has tinkered with a disastrous law, playing around the margins but having little to no real effect. Judges still cannot set bail on career drug dealers, car thieves, shoplifters and the like no matter how many prior convictions they have.

She claims she has attacked gun crime. She has not. Convening “gun violence listening sessions” and investing in “victim assistance programs” sounds impressive, but they’ll do nothing to deter the 17-year-old gangbanger with a gun who knows he’ll face only juvenile charges in family court.

She has failed to fix the discovery laws, while as many as 60% to 70% of misdemeanor cases and one in four felonies are dismissed in part because prosecutors can’t comply with the burdens required.

She has done nothing with the disastrous Raise the Age laws that are letting hundreds of 16- and 17-year-olds escape any real punishment for violent crime. Nor has she accomplished anything to ensure judges can remand or set bail on career-criminal defendants deemed to be a threat to the public.

As crime was rising last year, she proudly signed a bill releasing hundreds of parole violators from Rikers and county jails across the state.

Democratic progressive policies have destroyed a criminal-justice system that reduced crime in this city by more than 80%. Their “reforms” have brought us back to the crime levels of a decade ago, with no end in sight to future increases. New York City crime has gone up more than 33% since these laws were passed by “progressive” Democrats in Albany and signed into law while Hochul was lieutenant governor.

Hochul does not have the stomach for this fight. It won’t be easy even for the most ardent advocate to undo what progressive legislators have done. It will require using the veto pen, the bully pulpit, lawsuits and challenging, rather than blindly repeating, the absurd claims reform advocates and crime-deniers make: that releasing thousands of career criminals under these laws had nothing to do with rising crime. It will mean stopping the incredibly irresponsible Bill de Blasio plan to close Rikers, which will release thousands more career criminals onto our streets. It will require boldly confronting the far-left wing of her party and taking the case directly to the people.

In the 2021 election, Democrats lost two district attorney races, in Nassau and Suffolk, the third- and fourth-most populous counties in the state, primarily over bail reform and rising crime. They learned nothing — other than to try to change the subject.

But I’ve had it. These laws — bail reform, discovery, Raise the Age, Less Is More — are destroying this city and this state, creating tens of thousands of additional crime victims and ruining the lives of people in so many of our neighborhoods. Re-electing Gov. Hochul will not even begin to solve this problem.

That is why I am voting for Lee Zeldin.