It’s time to buckle down 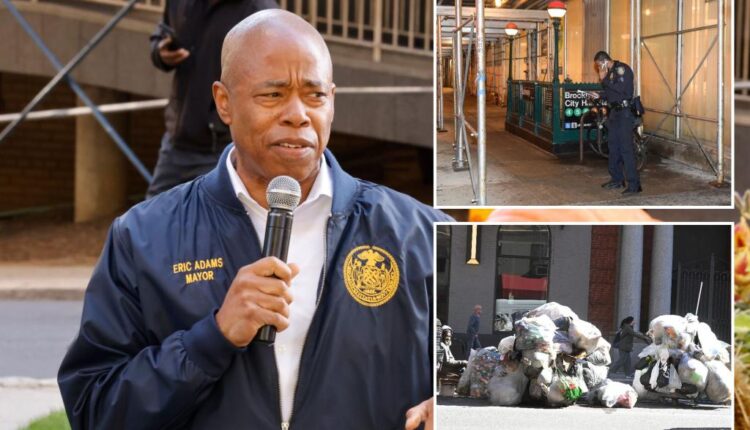 After Bill de Blasio left office, closing out one of the worst mayoral regimes in New York’s history, Eric Adams rode into the job on a wave of public goodwill. Voters expected the former police officer to start cleaning up the mess he inherited. But 10 months in, trust is beginning to erode between the mayor and his city.

To regain his footing, Adams needs to do what he is capable of doing — be an effective leader — and he needs to do it fast.

Take it from me. I was and still am a supporter and believer in Mayor Adams. I served as mayor of Miami Beach, sometimes called New York’s sixth borough, and proudly hosted him at a Miami campaign event. I joked at the time that Miami would suffer if Adams won the mayorship because the exodus of New Yorkers to Florida would slow.

But perception is everything, Mr. Mayor, and the perception is you’re having too much fun and not focusing on the important issues.

Adams can argue this perception is undeserved, but he’d be better served by backing up his words with actions and meeting his constituents where they are — by bringing his mayoralty down from City Hall to city streets.

First, he needs to step up on crime. He argues that murders are down but fails to mention that subway crime is up 41%, robberies are up 39% and serious crimes in general are up 35% since last year.

Adams was a cop and a good one. Instead of deflecting blame, why not get out on the streets with his fellow officers and feel the heat, make some arrests and show residents he is committed to their safety above all else?

This would set a powerful example not just for his city but for the Democratic Party, which is at risk of drowning in the nationwide crime wave.

Crime isn’t the only sign of a city in disarray. Adams also needs to take out the trash. He announced an initiative last week to clean up the city, and it’s a good start. As a frequent visitor to New York, I can tell you that driving from LaGuardia or JFK and seeing garbage heaps lining the highways makes it look like no one cares and no one is in charge. It is unsanitary and embarrassing, and the only constituency that seems pleased is the growing rat population.

Other major cities do not have this problem. So how can New York solve it? Here’s one idea: Create a high-school volunteer program to pick up trash on the weekends. It will give kids a way to serve while cleaning up a problem that screams “third-world city.”

Next, I encourage the mayor to ground himself. The partying isn’t helping anyone. As I told my 19-year-old son, you can’t burn the candle at both ends and still be productive. As the former mayor of Miami Beach (“South Beach”), I know a little about nightlife. I found it important to support the industry while moderating myself so I could focus on real issues facing our residents.

Real issues require real meetings, real follow-up and real work. This doesn’t happen if you have a headache every morning. Adams argues he’s showing the world New York nightlife is back post-pandemic. That may fly after one or two nights on the town, but it doesn’t account for a year of popping champagne.

Last, there’s the issue of immigration. Like all Democrats, I find it easy to condemn the southern governors transporting migrants to New York City — too easy, in fact. That’s why I suggest a radically different approach. Yes, these are politically motivated stunts, but they are stunts with a legitimate point behind them.

These governors are the tip of the spear for our nation’s immigration challenges, as Adams would be if hundreds of thousands of desperate Canadians were pouring into New York from the north. Why not acknowledge their problem and try to assist?

As the Democratic mayor of the most important city in America, Adams could move the needle in a significant way by visiting the southern border and using whatever political clout he has in Washington to help mitigate our border crisis.

Adams has great promise. He says all the right things, he has charisma — and he has many of the qualities the Democratic Party needs at the national level. But he also embodies the criticisms Republicans like to level at all Democrats: We don’t get things done that real people care about.

There is truth to that line of criticism. No one will care how nice you are or how many climate or diversity programs you enact if they don’t feel safe going to the bodega at night or if they step over piles of trash walking their kids to school.

Mayor Adams: For the sake of your career, the Democratic Party and New Yorkers, it’s time to buckle down and be the leader your city needs. I for one want you to be successful, and I am sure the great majority of New Yorkers agree.