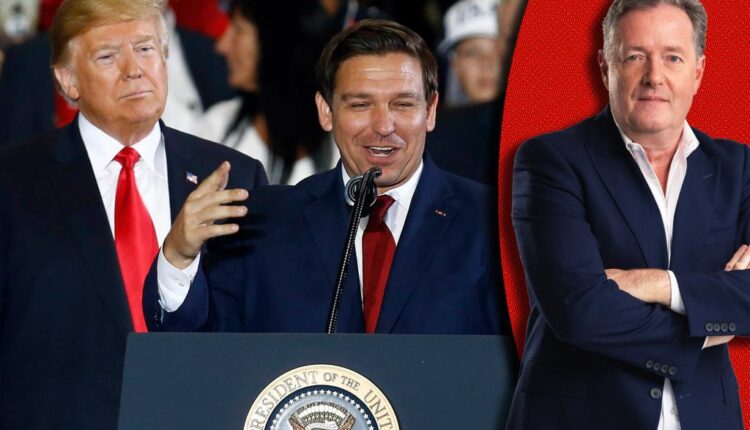 In the Fall of 2008, I interviewed Donald Trump in a vast Beverly Hills mansion he’d recently bought, and he admitted the crucial importance of success to his brand.

“America loves winners, period,” he said. “You gotta win, that’s what it’s all about. You know, Muhammad Ali used to talk and talk, but he won. If you talk and talk but you lose, the act doesn’t play.”

I thought of that statement today as shocked Republicans squinted their eyes to catch sight of the barely perceptible ripples of a widely predicted red wave that never materialized in the midterm elections.

To say they didn’t see this coming is the understatement of the Millennium.

In the past week, podcast king Joe Rogan declared, “The red wave that’s coming is going to be like the elevator doors opening up in ‘The Shining,’” and Senator Ted Cruz predicted “not just a red wave but a red tsunami!”

But it never happened – leaving the party faithful both baffled and furious.

“There’s a guy in the White House who was searching for a dead woman in the room with him, and Democrats ran for senate a guy who literally can’t talk,” raged Conservative commentator Jason Howerton. “That’s not even factoring in economic devastation caused by bad policy. If you can’t execute a red wave today, when can you ever?”

On Fox News, former George W. Bush speechwriter Marc Thiessen branded it an “absolute disaster” for Republicans and seethed: “We have the worst inflation in four decades, the worst collapse in real wages in 40 years, the worst crime wave since the 1990s, the worst border crisis in U.S. history, we have Joe Biden who is the least popular president since Harry Truman, since presidential polling happened, and there wasn’t a red wave. That is a searing indictment on the Republican Party. That is a searing indictment of the message that we have been sending to the voters. They looked at all of that and looked at the Republican alternative and said, ‘no thanks.’”

Actually, I think they looked at Donald Trump and said, “No thanks.”

There’s no getting away from the cold, hard political reality that it was a surprisingly better night for the Democrats and President Biden than anyone, including them, expected.

And the reason for this had little to do with anything they did, other than correctly bet that the issue of abortion rights would be a vote-energizer for them – and everything to do with Trump’s toxic stranglehold over the GOP.

He can try, as he is, to ludicrously spin it as some kind of pyrrhic victory, but last night’s biggest loser was the permanently whining, fuming former president, and he only has himself to blame.

Back in May, after the primaries, I wrote a column warning Trump: ‘I still think you have a good chance of winning the Republican nomination for the 2024 election and then winning back the White House. But if you keep banging on about the 2020 election, you’ll end up increasingly marginalized and irrelevant and the party will move on without you – especially now they can see that Republican candidates can win big by refusing to buy into your conspiracy theory crap.’

He ignored me, and many in his own party giving the same advice, and now he’s reaped the Big Loss from perpetuating the Big Lie.

Make no mistake, these results represent a crushing political smackdown for Trump.

Many of his biggest hand-picked candidates lost in races the Republicans should have won.

From defeats by Dr. Oz in the Pennsylvania senate race, to Doug Mastriano and Tudor Dixon in the Pennsylvania and Michigan governor races, this was a shuddering repudiation of Trump’s supposed Midas touch with voters, and of his refusal to admit he lost the 2020 election.

And even worse for Trump, the biggest winner of the night was his arch nemesis, Florida Gov. Ron DeSantis, who crushed Charlie Crist by nearly 20 points to massively increase his majority from just 34,000 votes in 2018 to 1.5 million this year.

As his ecstatic supporters roared their approval, I can only imagine how enraged Trump would have been watching all this down the road in Mar-a-Lago.

During the past week, he’s been sniping away at his far younger rival, branding him “Ron DeSanctimonious,” and yesterday, issuing a direct threat: “I think if he runs, he could hurt himself very badly. I would tell you things about him that won’t be very flattering — I know more about him than anybody — other than, perhaps, his wife.”

That pathetic mafioso-style behavior told me all I needed to know about just how worried Trump is about DeSantis stealing his thunder, and today, that worry will have morphed into outright horror.

It wasn’t just that many of his top picks bombed, it was also that many Republican candidates who actively distanced themselves from Trump, like DeSantis, and Brian Kemp and Mike DeWine in the Georgia and Ohio governor races, all won well.

Even one of his senate endorsements who did win, JD Vance in Ohio, thanked 34 people in his victory speech and didn’t mention Trump!

This followed a pattern set by Virginia Gov. Glenn Youngkin’s gubernatorial win a year ago after he kept Trump at arm’s length.

And there can only be one conclusion: the man who stunned the world with his astonishing presidential win in 2016 has become a serial electoral turn-off, losing the White House, the Senate and the House in 2020, and now costing Republicans big time in the midterms.

And by his own yardstick, the act just doesn’t play anymore.

Especially when there’s a new guy on the block whose bold, brash, talk is walking the walk with an increasingly triumphant swagger.

Ron DeSantis has now proved he’s got what it takes to drive the Republican Party forward, right at the moment Donald Trump’s now proved all HE’S got is bitterly dragging the party back to past failures and a democracy-denying state of unelectable inertia.

And then there’s the age factor; Trump would be 78 if he became president again, and as Biden’s painfully shown, running the country is a younger man’s game.

These results tell me that most American conservatives have tired of the MAGA/Trumpism constant chaotic circus.

In DeSantis, they see a fresher, calmer, better-focused version of The Donald without all the baggage.

If they want to win in 2024, it’s time the GOP dumped Trump the Grump.