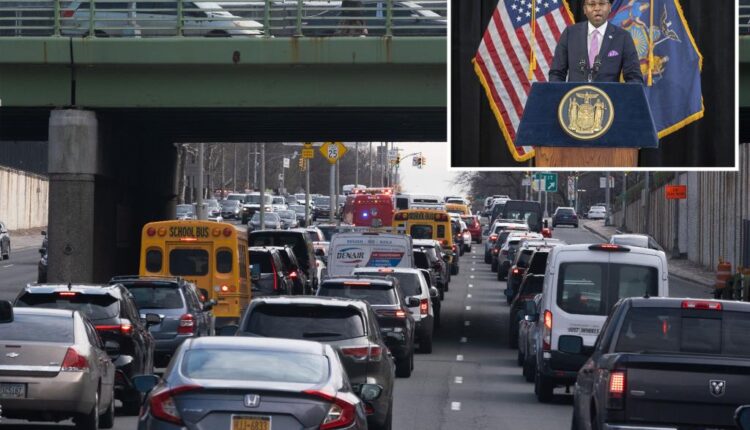 Yes, that’s right: Being against the MTA plan that will hurt the city’s (far more diverse) outer-borough residents and, per the MTA’s own studies, significantly worsen air quality in parts of The Bronx by shunting diesel trucks there means you are guilty (in Richards’ eyes) of “white supremacy.”

Setting aside race for a moment, congestion pricing would be a disaster. It’s part of the Manhattan elite’s endless crusade against cars, even as they zip around in them (and, like hypocritical Manhattan Borough President Mark Levine, a huge congestion-pricing advocate, run red lights) and also refuse to do anything about making the subways safer so that people might actually want to ride them.

The plan would levy an effective tax on all commerce going into and out of the city. It won’t cut traffic — the MTA foresees a long-term reduction of just 3.1% in Manhattan, at the cost of elevated traffic in other boroughs. And it won’t be the fiscal savior the agency hopes. In London, congestion pricing generates a measly $400 million a year, a drop in the MTA’s massive sea of red ink.

Richards knows he’s wrong on the merits here, and is grasping at the most tiresome of straws — vague allegations of “white supremacy” — to try and deflect. That Richards is the Queens beep, and this new rule will only hurt the borough whose interests he’s tasked with fighting for, only makes it more shameful.

Congestion pricing is utter madness from any reasonable economic point of view, and pointing that out has nothing to do with racism.