It’s about far more than him 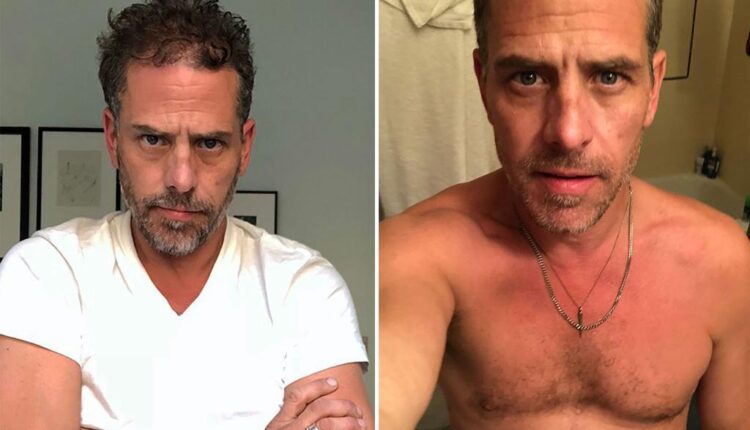 How does the Hunter Biden probe end? That question is stirring now that anonymous people connected to the case are leaking to the Washington Post — leaks of investigative information and prosecutorial deliberations that are about as surprising as the fact that the Washington Post somehow manages to make its report as much about Donald Trump as about the story’s putative subject, the incumbent president’s ne’er-do-well son.

It’s not a new question because it’s not a new story. Indeed, the reporting is only “new” in the sense that people supposedly in the know are talking about things that have been known for years — certainly known to readers of the New York Post.

Indeed, the mildly hilarious aspect of the report is that the Washington Post wants you to know that, in March 2022, it reported that a couple of “computer security experts” reviewed the thousands of emails “purportedly” from Hunter’s infamous laptop and “found they were authentic communications.”

Unmentioned, natch, is that in October 2020, when the New York Post reported on the laptop’s patently authentic communications in final weeks of the presidential election campaign, the Washington Post joined the FBI, the intelligence community, and the rest of the media-Democrat complex in suppressing the laptop data on the risible, evidence-free claim that it was “Russian disinformation.”

So how does the Hunter Biden investigation end? I’m going to tell you what I’ve told people for years. First, the fact that you’re thinking of it as the “Hunter Biden investigation” means it already has ended in the salient sense. In point of fact, Hunter is the least consequential Biden implicated, and what he gingerly called his “tax matter” when he was induced — only after the 2020 election, of course — to concede that he was under criminal investigation is the least consequential aspect of it.

Second, and wholly consistent with that, it’s going to end in politically choreographed theater in which the Biden administration tries to convince you that justice was done. And if they’ve already got you thinking of this drama as the “Hunter Biden investigation,” why shouldn’t they figure they can pull it off.

I’ll repeat the prediction I’ve been making for a couple of years: With great fanfare, Hunter Biden will be allowed to plead guilty to a tax charge, with minimal if any time in custody — even if a false-statement charge is thrown in for good measure.

Understand: In the scheme of things, this would be nothing. Hunter only acknowledged being under criminal investigation for tax offenses because everyone who was paying attention already knew that. There have been liens on his properties for years, and his ex-wife has been very public about his financial straits.

As for the false-statement charge, that would be in connection with a notorious firearms offense. Hunter, who was bounced from naval service in 2013 over drug abuse, obtained a gun after representing on the required federal form that he was not a user of illegal narcotics. Not only did he have a well-known problem; by his own account (in his book), he was abusing cocaine at the time. Here’s the only notable thing about that at this point: The false-statement offense appears to be a slam-dunk case.

Why is that notable? Because it happened four years ago. If you lied on a federal firearms form, managed to acquire a gun by doing so, then failed to safeguard the gun, then were so careless you lost the gun, do you think you’d still be walking around four years later without being charged? How about four weeks? I doubt it.

So here is the theater I envision: The Justice Department will announce a guilty plea deal to trivial charges. Hunter will emote his deeply sincere contrition. President Biden will beat his chest and say, “See, I didn’t interfere in any way whatsoever” (I doubt he’ll add “just like I never discussed my son’s foreign business deals”). And the Justice Department will convene the victory-lap press conference at which it congratulates itself for its courage and independence in prosecuting the president’s son, without fear or favor.

And then they’ll hope the whole thing goes away. Case closed. The guilty plea settles all outstanding issues. Swept under the prosecutorial rug is any mention of the corruption and self-dealing in which the president himself is implicated.

I won’t go into chapter and verse — though I could, and Senators Chuck Grassley (R., Iowa) and Ron Johnson (R., Wisc.) already have in lengthy reports about the goo-gobs of foreign money that have gone into the Biden family coffers. I’ll keep it to one transaction.

The Biden family — not merely Hunter, the Biden family — received approximately $6 million in a transaction with CEFC, an apparent arm of the Chinese Communist government. There is documentary corroboration from the laptop that Joe Biden was supposed to get a significant slice (10% for the “big guy”).

Putting aside that the records are clearly authentic, there is a corroborating witness: Tony Bobulinski, a former naval intelligence officer and entrepreneur brought in by the Biden family and its inner circle to build the business structure. Bobulinski has recounted that he had face-to-face meetings with Joe Biden about the deal, and that Joe was deeply involved in Hunter’s foreign business dealings. Of the $6 million haul, $1 million went to Hunter to act as a lawyer for Patrick Ho, who appears to have been under foreign counterintelligence surveillance, in addition to criminal investigation for foreign corrupt practices (he was ultimately convicted). Once Ho was exposed, the regime of Xi Jinping arrested the Bidens’ main CEFC partner, Ye Jianming. He has never been seen in public again.

What did the Chinese government believe they were getting by lavishing millions on the Bidens? Were any of the Bidens intercepted in the FBI’s national-security monitoring of CEFC? If Joe Biden weren’t president and had to apply for a security clearance like other executive branch officials, could he qualify? Do you suppose the Justice Department’s very aggressive I’m sure, no fear or favor investigation is going to answer those and other pertinent questions?

But let’s not worry our pretty little heads about such things. After all, it’s just Hunter’s “tax matter,” right?