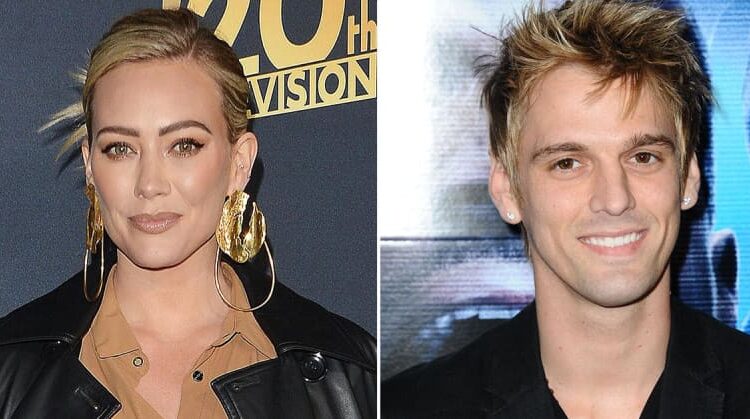 Hilary Duffisn’t going to let Aaron Carterdrag her name through the mud, even in death. The former Lizzie McGuire starlet slammed her ex-boyfriend’s book that claims he took her virginity at 13, an accusation published in an excerpt from the late singer’s upcoming memoir, Aaron Carter: An Incomplete Story of an Incomplete Life,RadarOnline.comhas learned.

As this outlet reported, Aaron was found unresponsive in the bathtub of his Lancaster, California, home on Saturday. He was only 34 years old. Aaron and Hilary, 35, dated on and off from 2000-2003. The then teens were also tangled in a famous love triangle with Lindsay Lohan.

After paying tribute to her ex in the wake of his death, Hilary set the record straight about the allegations he made in his unfinished book.

Hilary took aim at the publishers, calling their decision to release Aaron’s book right after his passing nothing more than a “heartless money grab.”

“It’s really sad that within a week of Aaron’s death, there’s a publisher that seems to be recklessly pushing a book out to capitalize on this tragedy without taking appropriate time or care to fact check the validity of his work,” she told Daily Mail on Thursday.

“To water down Aaron’s life story to what seems to be unverified click-bait for profit is disgusting,” Duff shared. “In no way do I condone shedding any light on what is so obviously an uninformed, heartless, money grab.”

In the excerpt, Aaron claimed they both lost their virginity to each other in 2000.

“Hilary and I lost our virginity to each other at a hotel… in LA. I think it was her birthday, maybe her 13th [September 28 2000], but I don’t remember. Her friends walked in, and we just yelled at them to get out,” the book read.

As RadarOnline.com revealed, the unfinished memoir, which was co-written with author Andy Symonds, will be released on November 15.

The book has been three years in the making and will detail Aaron’s skyrocket to fame, his desperate need for acceptance, and his lonely life on the road — all of which contributed to his drug abuse.

Aaron’s turbulent life with his family is also detailed in the book, as is his complicated relationship with his older brother, Nick Carter. The two were not talking at the time of Aaron’s death, but he was working on new music in hopes the lyrics could mend their issues.

RadarOnline.com broke the news — Aaron’s body was released to his family after his autopsy was completed earlier this week. Sources close to the situation told us the star’s family is “discussing a service,” but it will be held at a “later date.”

His cause of death has been “deferred” pending toxicology reports.