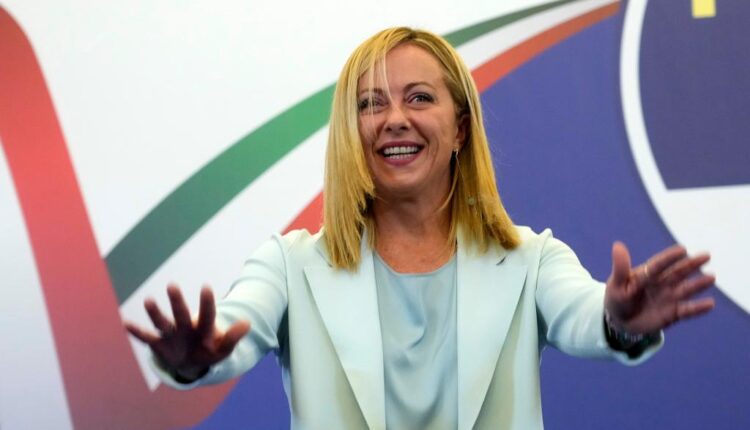 “Far-right,” “Fascist,” “Extreme,” “Ultra-MAGA.” How many terms have we had thrown around in recent years? And how many times have they been used completely unfairly?

In recent years, whenever the left has wanted to destroy someone they have used all these terms and more. Consider how The New Republic magazine chose to attack two Democrat Senators earlier this year. When Joe Manchin and Kyrsten Sinema proved reluctant to back President Biden´s spending bill the left-wing magazine screamed, “Let’s call Joe Manchin and Kyrsten Sinema what they are: Extremists.” Really? “Extremists.” For not backing a spending bill? So what would you call Timothy McVeigh? Or Osama bin Laden?

It’s not like this is a fringe tactic. Just last month President Biden described supporters of Donald Trump and “the entire philosophy that underpins” him as involved in “semi-fascism.”

So reactions to the election of Giorgia Meloni as Italy’s first female Prime Minister have been entirely predictable. The left-wing media all screamed “fascist.” Much of the conservative media responded by saying “But you’ve called everyone a fascist, so we don’t believe you anymore.” Some have even listened to a few clips of what Meloni has said and responded: “Sounds like common sense to me.” And in part they are right.

Meloni is an impressive performer and a clear-eyed politician. She has hardline policies against illegal immigration, in defense of the traditional family, and much more. At the same time, it is undoubtedly the case that the movement from which she comes has its roots in fascism.

To even say that causes horror on all sides. Conservatives are prone to say “How can you throw a conservative under the bus like that?” While leftists will say “Why don’t you describe her as the fascist she is?” And my response is that most annoying but often truest answer of all: “Because it’s complicated.” And nothing is as complicated as Europe.

Italy has a different political history from America. It also has a different political history from Germany. Italian fascism was a monstrous crime, but it was not exactly as monstrous as German fascism. There are gradations here, as in all things. As a result — and partly because there was less focus on post-war Italy than there was on Germany — fascism is not seen in a negative light in Italy as it is in Germany.

Just nine years ago Italy’s former Prime Minister Silvio Berlusconi said that Mussolini’s antisemitic race laws were the worst aspects of someone “who, in many other ways, by contrast, did well.” Berlusconi added that Italy “did not have the same responsibilities as Germany. You may agree with that sentiment or deplore it, but it is a common sentiment in Italy. And Berlusconi certainly is no fascist.

And there is another complication: in Italy there really are communists. Here in America, we might hear some people on the right occasionally accusing someone of being a communist. But almost nobody in mainstream politics in America actually sells themselves as a communist. Whereas in Italy there are actually communist parties. And just as there are parties that are also descended from communist parties so there are parties that are descended from fascist parties. There is no point screaming out that. It just is. Because history happened. And it fell out differently in countries like Italy than it did in America. Something that should make Americans a lot more grateful than they are for their history.

But all this is too complex for most people on the left — and many on the right. They want goodies or baddies, heroes or villains, Nazis or anti-Nazis. Whereas European politics keeps on showing it’s not as simple as that.

For instance, since her election, absolutely every bucket of slurry that could be poured over Meloni has been poured. As well as being accused of being a fascist today, the left-wing press has denied her credentials as a woman. According to a number of left-wing papers, she is “anti-woman” because her feminist credentials are not all they could be. Among other things, she favors certain curbs on abortion. Hardly an extreme position in a very Catholic country.

The fact is that these accusations — like so many others — no longer work. As evidenced by the fact that the Italian public was not put off voting for Meloni. They voted for her in spite of everything that was said about her. So if I were the left I would try to hone my insults. The story of the boy who cried wolf will come to bite them someday.

Meantime, it seems here in America we still can’t seem to agree on anything. One recent poll asked people to name the most important issue facing the country. One in five registered voters in the NBC News poll said that their main concern was “threats to democracy.” This issue ranked far above many other concerns, including the cost of living crisis, jobs, the economy, immigration, and more.

In other words, it seems that Americans are in considerable agreement that we should be worried about threats to our country. But what exactly those threats are — well that’s a whole other matter.