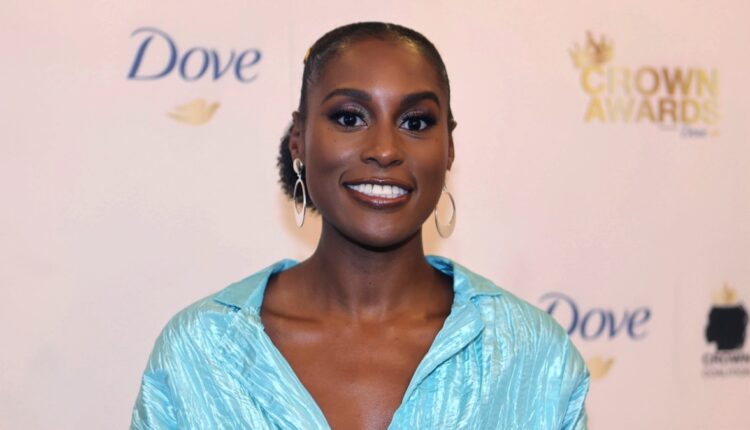 Issa Rae claims Ezra Miller‘s “atrocious” behavior is a “clear example of the lengths that Hollywood will go to save itself and to protect offenders”.

The 37-year-old actress believes 30-year-old star – their film ‘The Flash’ is set for release in June 2023 – are a “microcosm of Hollywood”, and claims there has been an effort in the industry to “save the movie and them” despite them being a “repeat offender”.

Ezra has been charged with harassment and felony burglary, and has been accused of assault and abuse in recent months.

Issa said: “While I don’t support people jumping to immediate conclusions and I think it’s entirely fair for investigations to happen, I think it’s extremely important to, like the mantra says, ‘Listen to women.’

“I’m gonna be real, the stuff that’s happening with Ezra Miller is, to me, a microcosm of Hollywood.

“There’s this person who’s a repeat offender, who’s been behaving atrociously, and as opposed to shutting them down and shutting the production down, there’s an effort to save the movie and them.

“That is a clear example of the lengths that Hollywood will go to save itself and to protect offenders. So, don’t do that, and women may be able to thrive. They won’t have to live in fear of keeping silent because it’ll ruin their careers. It’s just a constant pattern of abuse that’ll only persist if Hollywood continues to insist on being this way.”

She added to Elle magazine: “There are just too many enablers for there to be real change. People have to be held accountable. There have to be legitimate consequences. Hollywood is very bad about consequences.

“It’s literally the worst industry when it comes to punishing people for misdeeds and actions, because money will always reign supreme.

“That’s something that, even by working in this industry, we’re enabling. So it’s hard. What I have realized is that I can control my own environment and who I work with. I can hold people accountable within my world and my bubble.

“I don’t have to work for everybody. All money isn’t good money. All people aren’t good people.”

In August, Ezra Miller said sorry for their “past behaviour” and revealed they are suffering “complex mental health issues”.

They said in a statement: “Having recently gone through a time of intense crisis, I now understand that I am suffering complex mental health issues and have begun ongoing treatment.

“I want to apologise to everyone that I have alarmed and upset with my past behaviour. I am committed to doing the necessary work to get back to a healthy, safe and productive stage in my life.”

A week earlier, the ‘Fantastic Beasts: The Secrets of Dumbledore’ star was charged with felony burglary in Vermont.

Ezra had also been accused of refusing to leave the Berlin home of a woman named only as Zara after she invited them there one evening in February – with the woman alleging the star became verbally abusive and only left after she called the police – but they are no longer facing legal trouble in Germany after prosecutors reportedly dropped a trespassing investigation.

What’s more, the ‘We Need to Talk About Kevin’ star was previously accused of sheltering a teenage runaway, Tokata Iron Eyes, whose parents filed a restraining order against Ezra.

However, the 18 year old credited Miller with supporting them through a difficult time.