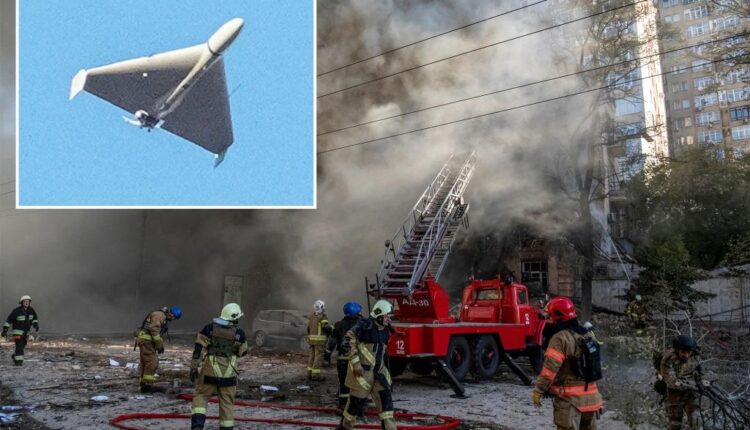 Saudi Arabia cuts oil production and the Biden administration says the country is “siding with Russia” and announces intention to “re-evaluate the relationship.”

Iran actually sides with Russia, selling the country kamikaze drones that murder Ukrainian civilians, and the White House says . . . next to nothing.

Iran is even doubling down. Two senior Iranian officials and two Iranian diplomats have told Reuters that Tehran has now promised to provide Moscow with surface-to-surface missiles and even more drones, but as of yet we see no signs of a serious policy reevaluation in Washington.

This tendency to overlook Iranian terrorism while fixating on Saudi misdeeds, real or imagined, is a common refrain of the Biden administration. As a candidate for the presidency, Joe Biden pledged to turn Saudi Arabia into a “pariah.”

After assuming office, he attempted to fulfill the promise by, among other things, publishing a report implicating Saudi Crown Prince Mohammed bin Salman in the murder of journalist, Jamal Khashoggi. But when the Iranian regime sent agents to kidnap activist Masih Alinejad from her home in Brooklyn, the crime had no meaningful impact on the Iran policy of the Biden administration, which continued its Quixotic commitment to resurrect the nuclear deal.

The administration depicts its policies as rational and pragmatic responses to reality, but in fact they are rooted in the progressive strategic belief system.

Progressives see conflict in the Middle East as caused by a coalition that includes former Israeli Prime Minister Benjamin Netanyahu, Donald Trump, security minded Republicans, and Evangelical Christians. In other words, everyone whom the progressives loathe in domestic politics, together with a few despised foreign figures, constitute what might be called “the war camp.”

In this cosmology, Iran is not a member of “the peace camp,” but it is an object of diplomacy. Team Biden forever chases after Iran, because the conservatives’ hostility to the chase makes the progressives feel virtuous. Unfortunately for Biden, Iran’s kamikaze drones in Ukraine highlight for the average voter the futility of the chase. Calls to ditch the Iran nuclear deal and to return to President Donald Trump’s policy of “maximum pressure” are on the rise.

But heeding those calls has three very serious downsides for Biden.

First, it will cause turmoil in his own party. The president courted the progressives in the 2020 election by endorsing their view that a peaceful accommodation on Iran was easily within reach. If Biden were to return American policy to the grooves fashioned by Trump, he would generate fierce opposition from the most dynamic element on the left.

Second, a policy of “maximum pressure” could easily lead to a hot conflict with Iran. With war raging in Europe, and tensions rising with China over Taiwan, the last thing that Biden’s Pentagon needs right now is a military escalation in the Middle East.

Third, “maximum pressure” would remove Iranian oil from the market. Technically, the Biden administration has kept the sanctions on Iran. In reality, however, it has offered sanctions relief, through lax enforcement, especially of oil sales to China. As the recent fight with Saudi Arabia demonstrates, the president is very sensitive to any step that will raise energy prices.

To be sure, that sensitivity stems from domestic political concerns, but the energy crisis in Europe also weighs on Biden’s mind, because it threatens to break the will of those nations. If prices peak during the winter, key allies such as Germany might clamor for concessions to Putin.

This brings us back to Saudi Arabia and the progressive agenda. Tapping into the vast reserves of oil and natural gas in the United States would be one of the simplest and most effective ways to lower the price of energy globally. Biden, however, must honor a tacit deal with progressives to retard the development of American fossil fuel industries.

If he breaks the deal and runs roughshod over the progressives, he loses votes. But if he fights with the Saudis, he keeps his political base happy.

For these reasons, the Biden team treats our Saudi ally like an enemy and our Iranian enemy like a potential friend.

Michael Doran is a senior fellow and director of the Center for Peace and Security in the Middle East at Hudson Institute.