iPhone blurry in the top left corner? You’re not alone 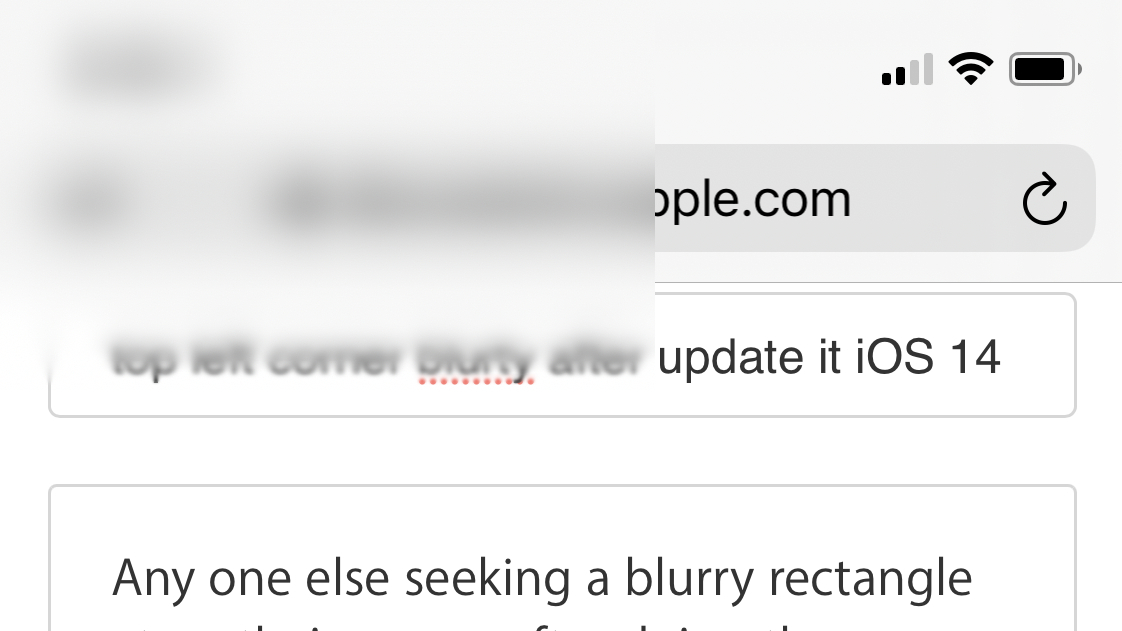 Multiple iPhone users are reporting a strange software bug that blurs out the top left portion of their screen for absolutely no reason, leaving that part of the display completely unreadable.

As compiled by SvetApple, users in Apple’s own support communities (opens in new tab) and the MacRumors forums have reported a problem when running iOS 15 on Apple’s various best iPhones including the iPhone 12 and iPhone 13.

One user reported seeing a “blurry rectangle” after updating their iPhone, as you can see from the image, a whole rectangle in the top-left-hand corner of the device is completely illegible for absolutely no reason.

At least one of these reports dates back to 2020, showing it to be a persistent issue. However, a MacRumors forum user reported the same problem just a few weeks ago running iOS 15.5 on an iPhone 13 Pro. If you take a screenshot while experiencing the problem you can see the blurring in the picture, indicating this is clearly a software issue.

According to SvetApple, this bug is related to Apple’s day and night mode settings, and thankfully can be fixed. While rebooting the device can sometimes alleviate the issue, a bit of digging on their part has revealed that you can actually fix the issue without restarting your device.

Rather, you just need to go into your Settings, hit Display & Brightness, and then switch between day and night mode, which should get rid of the blurry corner right away.

As noted, this is a really strange bug and it seems odd that this has persisted for a couple of years through numerous software updates including iOS 15. It isn’t clear at this time if the problem still persists in iOS 16 or if Apple is aware and has any plans to fix the issue.

At least you now know that if you’re experiencing a similar issue, you know exactly what to do to get your phone working properly again!