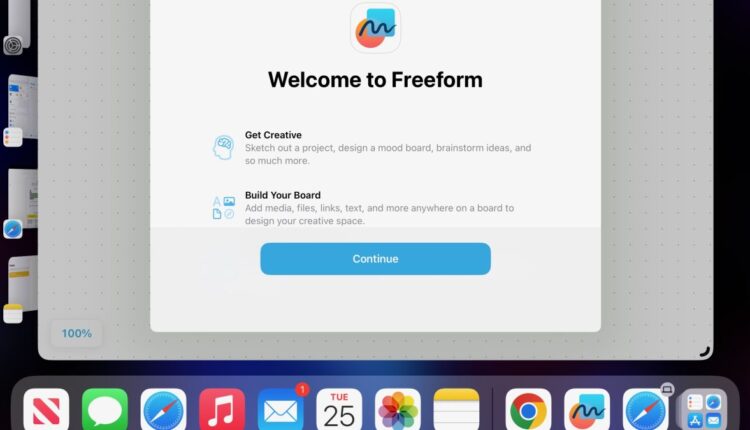 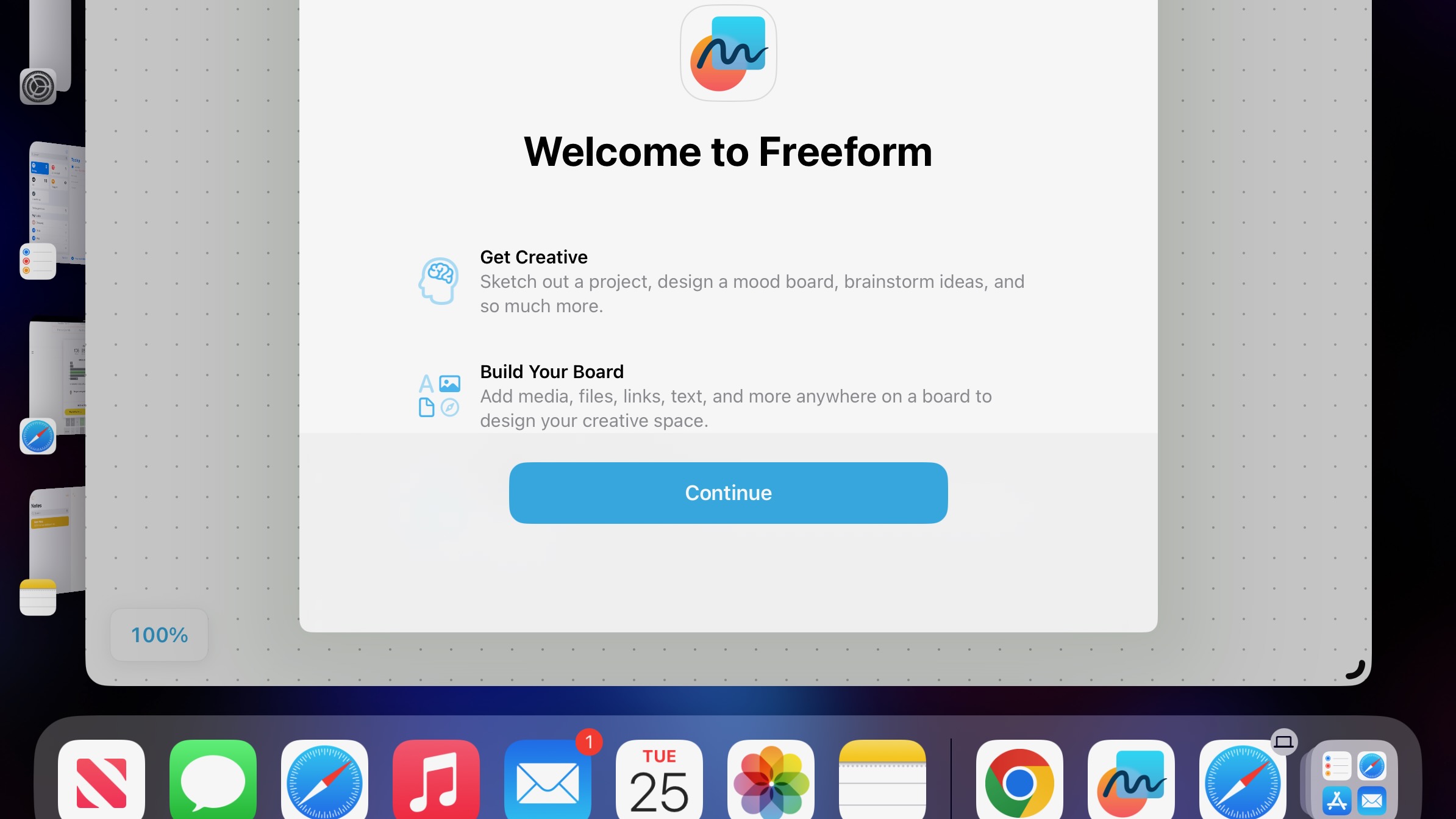 One day after Apple released all-new versions of its most popular operating systems, the company is moving forward. Earlier today, it released the first iPadOS 16.2 developer beta. The update includes the first version of Freeform, a new creative app that the company first announced at the Worldwide Developers Conference (WWDC) in June.

Freeform, which is also set to arrive on future versions of iOS and macOS for iPhone and Mac, respectively, offers various ways for folks to collaborate on projects. With the app, you can sketch and jot down notes with Apple Pencil, insert web links, and share files, including web links, documents, video, and audio.

The new app is one of the remaining software features that Apple announced in June but has yet to release to the public.

In describing Freeform, Apple notes: “Coming to iPadOS 16 in an update later this year, Freeform — a powerful productivity app with a flexible canvas — will give users the ability to see, share, and collaborate all in one place without worrying about layouts and page sizes, and with full support for Apple Pencil. Users will be able to view others’ contributions as they add content or make edits, all while enjoying a real-time collaboration space. Freeform will allow collaborators to add virtually any kind of file — images, video, audio, PDFs, documents, and web links — to the canvas and preview it inline, without leaving the board.”

Freeform isn’t the only new feature that has arrived with the first iPadOS 16.2 developer beta. The ability to use Stage Manager on supported iPad Pro and iPad Air models with external displays is also included in the update. With the new tool, you’ll be able to view multiple apps on both your tablet and external display and drag and drop files and apps between both locations.

On Monday, Apple released iOS 16.1, iPadOS 16.1, macOS 13 Ventura, watchOS 9.1, and tvOS 16.1 to the public. Most likely, Apple will release the next round of software updates before the end of the year.

Mario + Rabbids Sparks of Hope: Tips and tricks for beginners