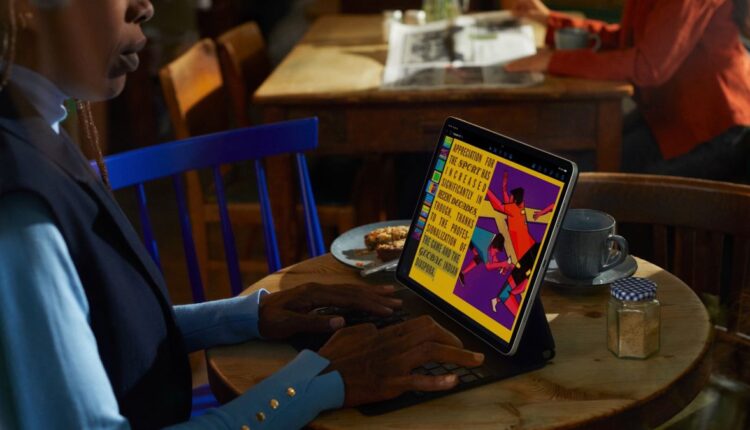 The first iPad to feature an M1 system-on-a-chip, the iPad Pro (2021) still packs a punch, although it’s not as good as its predecessor. You should be able to find one on sale, however.

When you want the newest and best iPad on the market, this is the one to get. If you’re looking for a huge difference between and last year’s model, however, you might be disappointed.

The 2022 iPad Pro is finally here. Like the previous series, there are two models to choose from, an 11-inch iPad Pro and 12.9-inch iPad. While there’s no doubt the 2022 offerings best the ones from 2021, the changes aren’t nearly as significant as you might imagine. So few changes were made this year that Apple didn’t even announce the new tablets at a press conference. Instead, it sent out a press release. No worry, you can find out the differences between this year’s and last year’s iPad Pro lineup here.

Once again, the newest iPad Pro models come in Space Gray in silver and are available with 128GB, 256GB, 512GB, 1TB, or 2TB of storage. The differences between the generations come down to the processor, camera, networking, and Apple Pencil. The iPad Pro (2022) is the first to feature an M2 process, which Apple says offers 15% faster performance and a 10-core GPU that provides up to 35% faster graphics performance. Additionally, its Neural Engine is rated 40% faster, which means accelerated machine learning. There’s also 50% more memory bandwidth this time around.

Once again, the iPad Pro models feature 12MP Wide and 10MP Ultra Wide cameras, although two features have been tweaked. The 2022 iPad Pro offers Smart HDR 4 for photos and ProRes video recording up to 4K at 30 fps (1080p at 30 fps for 128GB capacity).

Meanwhile, the newer model supports Wi-Fi 6E (versus Wi-Fi 6) for speeds up to 2.4 Gbps.

Finally, no, Cupertino hasn’t released a new Apple Pencil. Instead, it exclusively allows the current Apple Pencil 2 to support “Apple Pencil hover” on the 2022 iPad Pro models. The hover technology means your Apple Pencil always knows where it will be placed next, which should make for an even smoother drawing experience.

The iPad Pro (2022) is nearly a carbon copy of the earlier model. Among the impressive features that we highlighted in our iPad Pro (2021) review carry over here. These include the stunning Mini LED display found on the 12.9-inch model, Center Stage on the camera, the best speakers and mics on a tablet, and a terrific Magic Keyboard (sold separately) that feels close to a laptop.

Unfortunately, the duplicate negatives also carry over from one generation to the next. Once again, mediocre battery life is found on both models and ages. Additionally, the 11-inch model still lacks a Mini LED display. And finally, like the device itself, iPad Pro accessories are expensive.

Strangely, it’s a toss-up between the iPad Pro (2021) and the iPad Pro (2022) if the price is the most critical factor. Assuming the older models will get cheaper in time, your best bet might be to go with the discount and get an older iPad Pro.

When money is less of an issue, you should always use the newer model.

Do you have an iPad Pro (2021)? The answer is a simple one on whether you should upgrade: no. Because there are so many similarities between this year’s iPad Pro and the 2021 version, it’s nearly sure that next year’s model will offer significant improvements. Therefore, we see no reason to jump from the 2021 model to the 2022 model.

Nearly the same as the newest iPad Pro model, it’s still a great choice if money is a major concern. Otherwise, going with the newer model is always the better choice.

The best iPad got a little bit better in 2022 — but not nearly enough that justifies going directly from one generation to another. Still consider, however, if you’re on the iPad Pro (2020) or earlier.