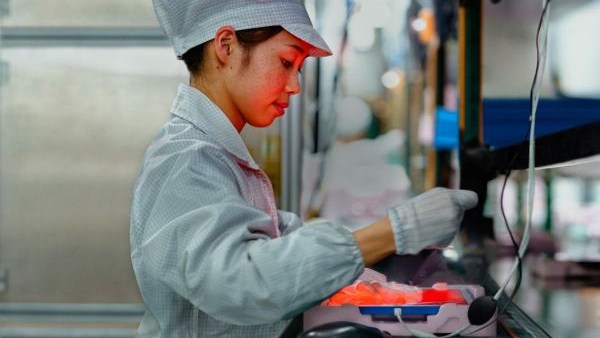 A major iPad factory in China has begun operating at normal capacity again after a historic heat wave brought production to a halt.

As reported by Nikkei, Taiwanese iPhone assembler Foxconn restarted production at its Chengdu plant on Thursday, following a heat wave that was causing power supply issues.

“The Chengdu plant of Foxconn, which assembles iPads for Apple, began to operate at normal capacity again on Thursday,” the report states. According to Nikkei, Foxconn is being supplied power from the authorities as a priority because of its economic importance.

Temperatures in Sichuan have peaked at over 40 degrees during the historic heatwave, which mercifully started to ease last week thanks to rain in the region. Power supply concerns were driven by the demand for energy used by air conditioning, as well as the impact on hydropower stations struggling for water because of the drought. The former has reportedly passed peak demand, the latter is not expected to raise operating rates for some time. The heat wave has been so bad that even some retail stores have had to curtail normal operating hours.

The local government had ordered factories to suspend work from August 14, initially until August 20, although that directive was then extended to Thursday.

While the disruption could impact the supply of current and upcoming iPads, the resuming of production will be welcome news to Apple ahead of its fall release schedule, where the company is tipped to launch a new iPad Pro and a new 10th generation base model iPad with an all-new design, processor, and USB-C port. The company has already announced a September iPhone event where it is expected to unveil a new iPhone 14, iPhone 14 Pro, and multiple new Apple Watch models including Series 8, Apple Watch SE, and a new Apple Watch Pro with a larger design focused on ruggedness and outdoor activities.

Baltimore locals threatened to shoot someone on site of Apple TV Plus show starring Natalie Portman unless paid $50,000