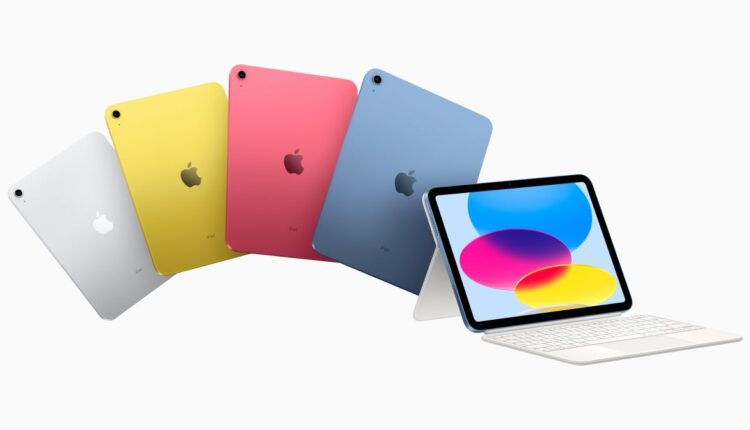 Apple has just announced the tenth generation of its base model iPad, one of its cheapest and most popular tablets. But while this new one might be popular, it definitely isn’t cheap.

The new iPad comes with a large 10.9-inch display, but it also has a larger price tag as well.

Apple’s old iPad delivered a 10.2-inch iPad with A13 Bionic, Center Stage, and True Tone. The old one was priced at $329 making this the company’s most popular iPad. In its place we now have this larger option, starting at $449. That’s a big price increase, but it might just be worth it.

The story starts with that new Liquid Retina display, packing almost 4 million pixels via a 2360×1640 refresh rate. It’s also good for 500 notes of brightness and supports True Tone technology. Around that, new colors include blue, ping, yellow, and silver. And the Home button is gone, too — moved to the top of the iPad for a modern experience.

Inside, an Apple A14 Bionic chip handles processing power, making it up to 5x faster than the best-selling Android tablet, Apple says.

Next up, Apple has indeed moved the Ultra Wide front camera to the side, making for a landscape orientation. It says that’s good for video calls and whatnot and it might have a point. It’ll definitely take some getting used to, though. On the back, an upgraded 12-megapixel camera handles 4K video and 240-fps slo-mo, too.

Just as expected, Apple has added 5G connectivity to the cheaper iPad for the first time with speeds of up to 3.5Gbps in supported areas. USB-C handles wired connectivity with faster charge times when used with higher-power chargers, too.

Notably, and despite rumors, the new iPad doesn’t support Apple Pencil 2, instead relying on the original version. That means that people will need to plug their Apple Pencil into their iPad via a USB-C to Lightning adapter if they want to charge it. That’ll cost $9, although new Apple Pencil buyers will get one in the box.

The new iPad comes with storage capacities of 64GB and 256GB, and starts at $449 for the Wi-Fi version. Those buying cellular will pay upwards of $599 when it goes on sale on Wednesday, October 26.

Quinton Simon’s mom Leilani cops to drug use while pregnant