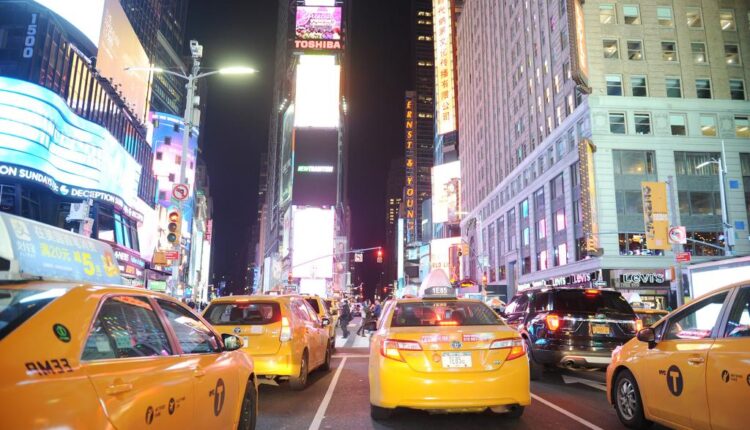 Gov. Kathy Hochul at Tuesday’s debate reaffirmed her commitment to casinos downstate, no doubt looking forward to a continued avalanche of campaign donations from all the would-be players — no matter that more casinos in the city would be a disaster. How big a (legal) bribe will it take for her to utterly ignore the public interest and sign off on a clip joint in Times Square?

One such major plan is already on the table, courtesy of real-estate giant SL Green Realty Corp. and gambling behemoth Caesars Entertainment.

Of course Hochul’s amenable to talk of a Manhattan casino: Her campaign gets to collect from every bidder this year and (if she wins) for years after. SLGreen chief Marc Holliday, for one, has already anted up nearly $70,000.

Upping the chutzpah sweepstakes, Caesars and SLGreen are actually pitching their project as a remedy for crime.

Hah! While crime is ticking up in the Crossroads of the World, as it is everywhere in Hochul’s New York, Times Square has firmly escaped from the bad old days of the ’80s and ’90s. All the recent redevelopment still attracts major companies for marquee HQ locales.

It’s is a bustling, active, healthy ‘hood. (Despite the plague of Elmos thanks to the misbegotten Bloomberg pedestrian plaza.) Last month, foot traffic was above 300,000 a day, climbing back to pre-pandemic levels.

The last thing it needs is a casino. Despite the massive love showered on gambling dens by officials — who thirst after the unlimited donor baksheesh they provide — they never deliver the promised economic cornucopia. Look at the massive shortfalls, north of $200 million, in upstate casinos’ projected revenues in 2018. The year before, taxpayers wound up bailing out a Madison County racino.

Plus, gaming joints anywhere in the city will suck business from the upstate ones (and surrounding states), so Albany will net less than the rosy tax take the pols love to predict, and may well have more bailouts to do.

One is the regressive “tax” they levy: Casino gamblers tend to be poorer, i.e., less able to afford losing. That’d be a heartless “boost” to the city’s sluggish economy.

Another: They’re crime magnets, as predators of all kinds gather to prey on the reckless hordes. One academic study pegged casinos as responsible for 8% of crime in the counties that site them.

No amount of added security would stop Times Square from turning more dangerous and sleazier — packed with pushers, pimps, hookers, muggers and thieves. What a way to drive out today’s high-end tenants.

The only “economic engine” casinos offer is to the politicians who get to play gatekeeper (along with the rest of the criminal class). That the idea of devastating Times Square with one is even in consideration is another sign of just how crooked the whole game is.