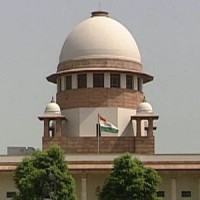 October, 1980 – Abdul Rahman Antulay set up Indira Gandhi Pratibha Pratisthan Trust which had Respondent Nos. 2 and 3 as Trustees. It was a prayer, Court should issue a Writ of Quo Warranto declaring Respondents Nos. 2 and 3 disqualified from continuing to hold office.

A cloudy sky is anathema to a judicial universe. As observed by Chandrachud J, as Learned Chief Justice of India then was, “respect for law is, in a large measure, dependent upon esteem in which society holds those whose duty it is to interpret the law.” Questions raised are undoubtedly of considerable ‘public importance’. But if I am right, they are not amenable in judicial process and legal redress. Every ‘public question’ is not capable of constitutional adjudication.

Even Santa won’t be able to get an iPhone 14 Pro this Christmas, as shipping times slip yet again

Family of Marks | The Last Word