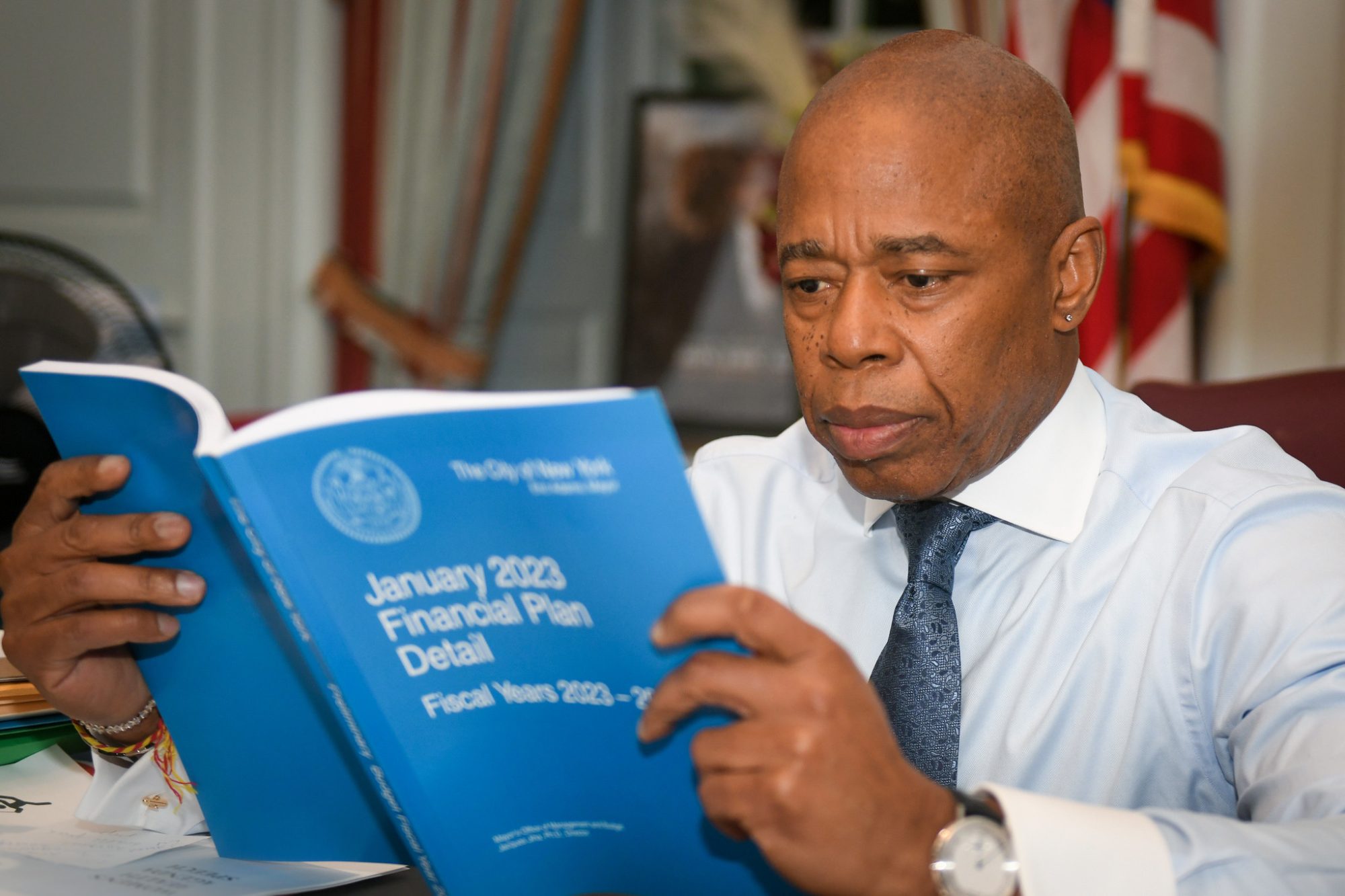 Critics are whining over tiny cuts in Mayor Eric Adams’ $102.7 billion spending plan for the coming year, yet those trims won’t be nearly enough to head off a looming fiscal storm — courtesy of Mayor Bill de Blasio’s massive bloating of the budget’s baseline.

City Council Speaker Adrienne Adams, for one, fumes about “undermining” city agencies and services “that meet the essential needs of all New Yorkers.”

Yet Hizzoner’s plan calls for a mere seven tenths of a percentage point nip in city-funded outlays — in an overall budget that spends almost as much as the entire state of Florida (which has 2½ times NYC’s population).

That mushroomed fixed costs, including debt service and pension outlays, leaving ongoing headaches for his successor, precisely as we had warned.

Indeed, Blas’ baked-in spending growth has left the city now facing colossal budget gaps, totaling nearly $15 billion through 2027. And those shortfalls don’t even figure in any concessions to labor unions (whose contracts have now expired), the costs of caring for 40,000 new migrants or a worse-than-now-projected economic downturn.

A responsible City Council would demand far more belt-tightening to weather the coming tsunami. Instead, it’s sure to demand (and win) even more spending in the final budget deal. They really do believe money grows on trees.

Brace for some beyond-rocky fiscal years ahead.

How the wokeness it pushes could destroy higher ed

Groupon cuts another 500 employees in the second round of…

Groupon cuts another 500 employees in the second round…