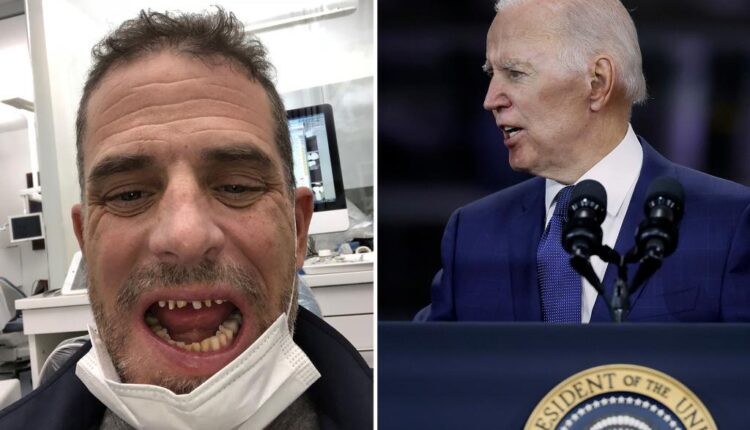 For years, President Biden repeated the same mantra when asked about Hunter Biden’s influence peddling and alleged crimes: “My son did nothing wrong.” It was always implausible — as was his denial of any knowledge of these dealings despite emails and pictures to the contrary.

So the president and the press have been shifting to a new defense. As the father recently insisted of his son, “He fought an addiction problem. He overcame it. He wrote about it.”

The family and the media have been cultivating the angle for months as they anticipated possible criminal charges. Such charges would not only be an embarrassment for the president but also the media, which have been actively complicit in covering up the multimillion-dollar influence-peddling schemes of the Biden family, including Hunter and his uncle James. With the criminal conduct exposed, all that’s left is the addiction defense.

Hunter Biden’s autobiographical book laid the foundations for this final line of defense. While the book did not do particularly well in sales with the public, the media offered fawning interviews about his account of addiction. The narrative was ramped up by many of the same media outlets that buried the scandal, including articles on how the family fought “to keep him alive.”

Now The Post reports prosecutors are second-guessing charges in light of the addiction and how it might undermine any criminal case. While there’s no question the defense would likely use such an addiction, it’s usually more of a concern for sentencing than charging. Addiction can be cited as a mitigating factor to the court in determining the defendant’s level of culpability.

The most obvious problem for the addiction defense is that Hunter did not appear to have any chemical-based challenge in maintaining a global, multimillion-dollar influence-peddling scheme. The image of a crackhead holed up in high-end hotels with call girls is undermined by thousands of emails on international money transfers and complex deals stretching from Moscow to Kyiv to Beijing.

The fact is you can be an addict or alcoholic and still be a criminal. Addiction did not appear to inhibit prosecutors in cases like the murder trial involving Lillo Brancato, the actor from “The Sopranos” series and the movie “A Bronx Tale.” Brancato was a drug addict when he participated in a burglary that ended in a shooting. He was convicted and given 10 years.

Indeed, in some cases, prosecutors use addiction is as a motive for committing crimes, particularly in paying for or acquiring more crimes.

Not only is this possible prosecution not based on a drug offense, it would feature a high-functioning defendant who earned millions in influence peddling. Indeed, the now-sober Hunter has repeatedly insisted that while his family name got him many of his past positions, he is a lawyer with experience that was useful in work like serving on the board of Ukrainian energy conglomerate Burisma Holdings.

It will be difficult for Hunter to switch from the privileged-but-capable defense to the hopeless-addict defense. Most hopeless addicts are trying to hock property or score a few bucks for their next hit. Hunter was flying around the world, arranging meetings with his father and coordinating multiple global accounts.

Moreover, using the addiction to defeat the gun and tax charges will only heighten questions about the influencing-peddling allegations. If Hunter was a hopeless addict incapable of criminal intent or sound decision-making, why were foreign interests clamoring at his door to give him millions of dollars as a board member, lawyer or consultant? Without skill or capabilities to sell, you are left with raw and open corruption to gain access to or influence with his father.

For President Biden, the hopeless-addict defense will also fall short with most people outside the mainstream media. During this period, Joe had some of his own bills paid for by Hunter, including with accounts tied to his foreign dealings.

Of course, the defense may be more effective as an excuse for the Justice Department agreeing to a generous plea deal than it would be in an actual trial. Attorney General Merrick Garland has already protected both Joe and Hunter Biden by refusing to appoint a special counsel despite the obvious need for such an appointment under the governing rules. Democrats in Congress have continued to block any investigation into the Biden family’s influence-peddling schemes.

The best-case scenario is a plea bargain that does not involve charges under the Foreign Agent Registration Act. The Justice Department has used FARA aggressively in past prosecutions like that of Paul Manafort. However, such a charge would likely reveal details on past foreign dealings by Hunter Biden and possibly his uncle James. A plea bargain on a gun-registration count and tax counts would allow political and media allies to declare the matter closed.

That’s why raising the addiction is both predictable and telling. By suggesting it would make a trial difficult, the family and its allies can portray a plea deal as a good deal for the public. But there has never been a lack of evidence of criminality, just a lack of interest in covering and prosecuting Hunter Biden’s corrupt practices

.Jonathan Turley is an attorney and professor at George Washington University Law School.