How to save America from another fraudster like Elizabeth Holmes 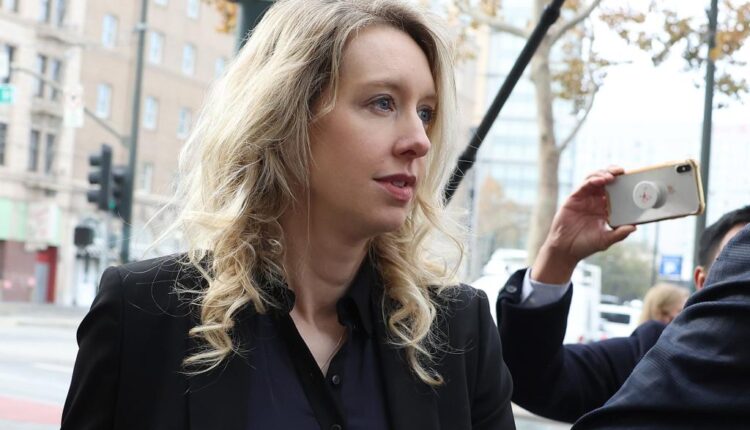 The final — or maybe penultimate — chapter of one of the most remarkable stories of investigative journalism and corporate fraud in recent memory has closed. Elizabeth Holmes, founder and former CEO of Theranos, was sentenced Friday to just over 11 years in prison for the crimes she committed running her blood-diagnostics startup.

Former Wall Street Journal reporter John Carreyrou first exposed them in 2015, and his reporting saga is worth attention in itself as an example par excellence of how journalists, at their best, provide a valuable public service. But the part of the story investors should be focused on is how much they — and the media — allowed themselves to be fooled for so long and what they can do to lessen the risk of enabling such fraudsters in the future.

Much has been made of Holmes’ “reality distortion field,” her ability to charm the media, investors, politicians — seemingly everyone around her — to such an extent that they ignored obvious warning signs about her fraud. I experienced this indirectly while an employee of a nonprofit research organization on whose board she sat. She had been brought on in late 2015 as part of the same small cohort that included such luminaries as former Defense Secretary Leon Panetta, legendary investor Stanley Druckenmiller and veteran journalist Bob Schieffer — just two weeks before Carreyrou’s first piece came out.

I questioned why Holmes had been invited to join our exclusive board, as she had no obviously relevant experience in our field and had not contributed financially to an organization that customarily expected material support from its trustees in the corporate world. Not having been introduced to her myself, I wasn’t affected by her charisma and charm and saw only the fact that she had not contributed, either financially or, in my view, strategically, to the institution. “But she’s the youngest self-made female billionaire!” a colleague told me when I voiced my skepticism. Reality distortion field indeed.

The answer to why so many were taken in by Holmes can be found, at least in part, in the tendency among venture investors to fetishize eccentricity and charisma. Silicon Valley is largely responsible for the debasing trend of viewing eccentricity as a proxy for genius. (RDF was first used about Apple’s Steve Jobs.)

It’s true, eccentricity and genius sometimes coincide. Every elementary-school student knows Mozart and van Gogh were a bit nuts. But many investors have over-learned this lesson, so much so that would-be entrepreneurs hoping to attract capital often don the trappings of eccentricity to convince their prospects that they’re brilliant and inspired. It clearly is a winning strategy for some, even when both sides of the transaction are in on the con.

Masayoshi Son, SoftBank chairman and CEO, when investing in WeWork founder Adam Neumann reportedly urged him to be “more crazy.” Sam Bankman-Fried cynically cultivated the image of a misfit slob, too singularly minded to put on work clothes or comb his hair, knowing that investors would recognize the eccentric genius “look.”

Elizabeth Holmes cosplayed these same roles — the black-turtleneck uniform, her “crazy” diet of green goop she loved to tell people about, her preposterously fake voice. And it worked! Investors saw her as an eccentric visionary, and journalists and editors put her on magazine covers. Presidents Clinton, Obama and Biden all seemed starstruck around her.

Venture investors can avoid being taken in by future charlatans by borrowing some lessons from their quantitative brethren. There’s a tendency in venture-capital circles to downplay quantitative analysis and instead emphasize the more ethereal aspects of an investment or entrepreneur.

Sometimes this is out of necessity when there just isn’t much to analyze quantifiably in a young entrepreneur or company. But often it’s just a shortcut. “If I like them, I write a check,” I’ve heard VCs say. This temptation to rely on shibboleths to mark someone as an investable prospect is a slippery mental model that leads many VCs to take unwarranted risks.

When evaluating investments — whether backing startups or trading complex derivatives — cold, unemotional, quantitative analysis should form as much of the basis for decision making as is possible. This can’t be performed on the basis of a slick pitch deck or a quick interview. Investors should emphasize to the entrepreneurs who look up to them that vision without hard substance is useless — and media stars can fall fast. Show them that charisma and salesmanship are not substitutes for reproducible results. Eccentricity is just eccentricity. It isn’t genius, it’s a risk that investors have to be compensated for.

Venture-capital investors are responsible for fueling some of America’s greatest success stories, and they’re an integral part of capital markets. But in conducting more careful and rigorous due diligence — by investing in startups the way quants trade derivatives — they may be able to more effectively deploy their capital and save America from a future Elizabeth Holmes in the process.