How to roll back Iran — without going to war 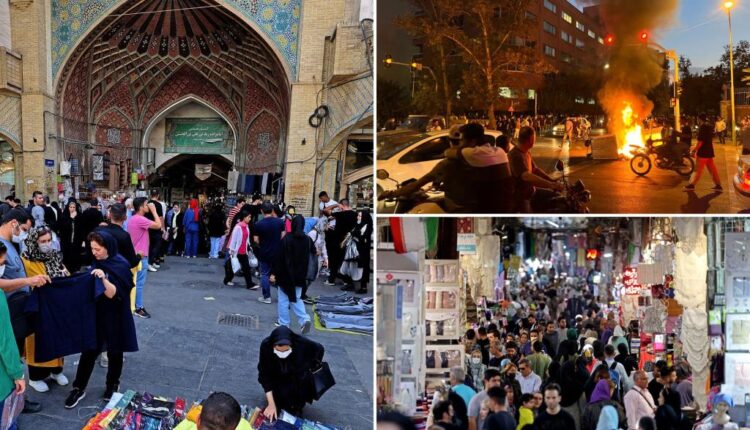 The Iranian people’s fearless protests against the brutal Tehran regime, coinciding with Supreme Leader Ali Khamenei’s failing health, further weaken the Islamic Republic’s grip on power. Though unlikely, it might even deliver a knockout blow. Either way, they should jolt the Biden administration out of its bewildering, blasé, business-as-usual stupor into pursuing an Iran strategy of regime collapse.

The Islamic Republic of Iran has experienced spasms of unrest in the last decade — the 2009 Green Movement and economic protests since 2019. But the current rioting, sparked by the regime’s killing of 22-year-old Masha Amini over an alleged “improper hijab” and spearheaded by women, seems the most widespread and defiant.

Iranians are risking their lives protesting the very existence of the brutal, extremist, misogynistic Tehran regime, America’s chief regional foe. Iran has responded violently, including attacks in Iraq that killed a US citizen. Yet the most the Biden administration can muster — in a handful of tweets and statements from senior officials and a single sentence in President Joe Biden’s speech to the United Nations — is to “hold” Tehran responsible and “stand with” the Iranian people. It has also imposed some limited new sanctions and allowed companies to provide Internet satellite access to Iran, after Elon Musk raised it.

Otherwise, Biden is following the Obama administration’s playbook of avoiding friction with Iran and involvement in its internal affairs in order to conclude an arms-control agreement with Tehran, while criticizing our Arab allies’ behavior.

As one of us wrote years ago, the United States should finally adopt an Iranian strategy of “regime collapse.” Not a US-directed war of “regime change,” such as America executed in Iraq and Afghanistan, but a comprehensive, long-term strategy that heightens pressure on Tehran to exacerbate the regime’s domestic tensions so that it eventually collapses from within.

First, Washington should accelerate the political decomposition process already underway in Iran and do nothing to slow it down. Most immediately, that means supporting regime opponents through vigorous public support, help organizing and access to the Internet.

Second, it should do nothing to strengthen the regime. That translates to immediately ceasing the pointless negotiations toward a disastrous nuclear deal. Just resuming negotiations would signal American legitimation of an Iranian regime that oppresses women and jails, tortures and kills its people, thereby demoralizing protesters on the streets challenging the regime.

Concluding a deal would further strengthen the regime, by offering it an economic lifeline of hundreds of billions of dollars through access to frozen accounts and export of more oil. Also, within eight years, a revived nuclear deal would pave the way to an internationally endorsed nuclear Iran, giving the regime great immunity to outside pressure.

Third, the United States should pursue a “rollback” policy that deters further nuclear advances, weakens Iran’s power-projection capabilities and evicts its forces and proxies from around the region. Rollback itself is a significant goal, and it will raise the costs of the Tehran regime’s external aggression, accelerating its demise.

The most impactful form of a rollback would be a US operation that destroys Iran’s nuclear program. This, for a time, would eliminate a major rising threat to the American homeland and deliver a punishing blow to the Tehran regime’s political legitimacy, undermining its durability.

The Biden administration, and many Republicans, have no appetite for such a military campaign. But Israel does, and it has the more pressing motivation to strike. So, Washington should expedite delivery to Israel of the military tools needed to defang Iran’s nuclear program. It should also support Israeli and Saudi efforts to roll back the Iranian presence in Syria, Lebanon and Yemen. Supporting capable allies without using US troops is one of the easiest and lowest-cost ways to weaken the Tehran regime, which is heavily overextended in the region.

A regime-collapse strategy is not historically radical. It is in line with America’s deterrence/containment strategy in the Cold War, as outlined in the late 1940s by George Kennan, and implemented over the years, including by President Ronald Reagan.

Except that when Kennan spelled out his vision, the Soviet Union was ascendant, and when Reagan came to office, Soviet collapse still seemed distant. By contrast, Iran today is obviously in an advanced stage of decline, though the time between collapsing and collapse is unknowable.

In 1949, Winston Churchill presciently predicted about communist governments: “The soul of man thus held in trance or frozen in a long night can be awakened by a spark coming from God knows where and in a moment the whole structure of lies and oppression is on trial for its life.” One cannot know when that spark arrives in Iran — perhaps it has already — but now is the time to intensify pressure on the regime, roll back its footprint and ability to threaten and hasten its collapse.

Michael Makovsky, a former Pentagon official, is president and CEO of the Jewish Institute for National Security of America. Blaise Misztal is JINSA’s vice president of policy.