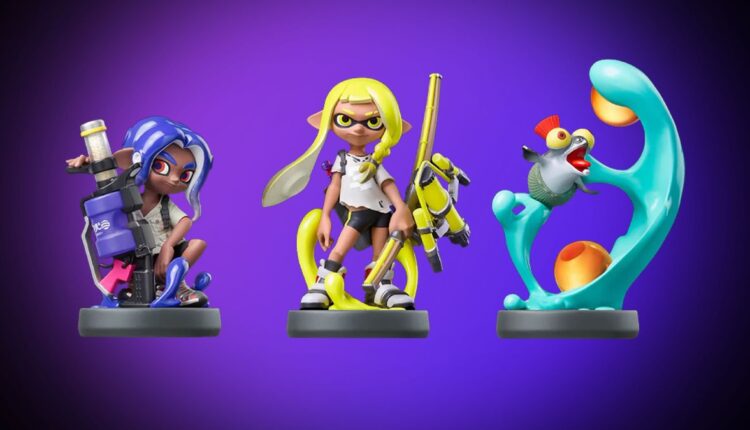 The latest Splatoon game is now available, and anyone that wants to further benefit from the bonuses provided by Nintendo’s amiibo figurines.

While there’s a long list of amiibo for Splatoon 3 that will provide different cosmetic extras, it’s mainly composed of the various amiibo that have been released for the two prior games in the series.

With the arrival of Splatoon 3, Nintendo has introduced three more amiibo for players to collect. You can show them off as part of your collection, as well as take advantage of the different rewards they offer in Splatoon 3. If you’re not sure where to get ahold of them, we’ve got you. Here’s where you can preorder the new Splatoon 3 amiibo.

Where to preorder Splatoon 3 amiibo

These three Splatoon 3 amiibo have a release date and are slated to be available on Nov. 11, 2022. While they aren’t up for preorder at all retailers yet, you can go ahead and bookmark the pages so you don’t miss out whenever orders do go live. Some retailers like Amazon will also allow you to set up reminders, so you get a direct email when an amiibo is in stock.

There’s no shortage of Inkling amiobo to buy, but this yellow Inkling equipped with a Tri-Stinger is definitely a great way to set your collection apart from the various reskins.

This new Octoling poses with a .96 Gal, and easily stands out from the others released so far with the deep Blue tentacles and unique stance.

Your fun little Salmonid companion, Smallfry, also makes for a great addition to any amiibo collection. Being one of only a handful from the Splatoon line that isn’t an Inkling or Octoling, this one is especially unique.

For the initial wave of new amiibo being released for Splatoon 3, Nintendo is introducing a new yellow Inkling, blue Octoling, and Smallfry. Each of these amiibo is listed for $17 at launch, though naturally the price could go up across third-party store pages if these amiibo end up being rare as time goes on, something we’ve seen happen with plenty of other amiibo from time to time.

Considering these are amiibo and a lot of different people are going to be trying to buy them at launch, if you do happen to miss when they are first available, don’t panic. Nintendo is extremely likely to issue restocks from time to time, especially in the handful of months immediately after releasing these new additions.

A splashy world of fun

Grabbing these three new amiibo will grant some new cosmetics with Splatoon 3, helping you to customize your character and stand out from everyone else online. Splatoon 3 has seen a huge launch with millions of sales so far, and it’s easily one of the best Nintendo Switch games you can play right now if you enjoy online multiplayer.

In our review for Splatoon 3, contributor Nadine Dornieden shared that “Splatoon 3 is the ultimate Splatoon experience on the Nintendo Switch. The polish lovingly applied to existing game modes and the addition of Tableturf Battles make me feel like the developers really wanted players to not worry about the shortcomings of past games.”