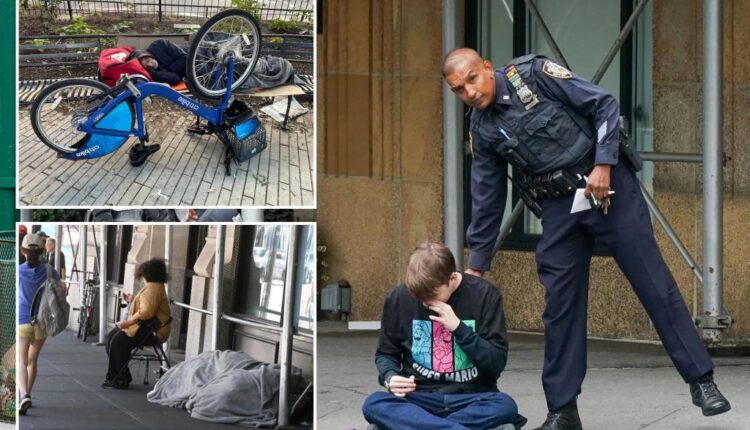 The mental-health debate is characterized by much flailing and minimal focus. There’s no lack of coverage of problems such as youth anxiety. But little progress is made for the people who need our help the most: The mentally ill living on our streets.

When Mayor Bill de Blasio’s ThriveNYC initiative collapsed under a storm of criticism — a debacle so notorious that even sports radio hosts could be heard mocking it — many hoped that a lesson was learned about the need to target resources to the seriously mentally ill.

But we lost focus again, and one reason was COVID. Criticism of the lockdowns’ mental-health harms for the general population had the unintended consequence of diverting attention to mental health in general.

We’ll never make headway on mental health so long as people assume that directing attention and resources towards mental health in general will address the specific challenges, such as untreated schizophrenia, that merit the most focus.

A more productive debate about reforming our public mental-health system should center around the question: “How to stabilize the seriously mentally ill before, during and after crisis?”

A system like that would function as a Continuum of Care and its essential element would be: Beds.

That means beds under the control of mental-health authorities, not mainstream affordable housing programs or programs operated by homeless services agencies. Beds, more than number of professionals or how much they are paid, is a solid proxy for serious mental illness, because most people with mental disorders do not need specialized residential assistance.

New York needs more psychiatric hospital beds, both in general hospitals and freestanding psychiatric centers. It also needs beds in less intensive settings that can keep people stable after they leave the hospital.

Programs that operate beds, within a Continuum of Care, should formally coordinate to maximize their supervision of their mentally-ill clients. Coordination will require formal data sharing arrangements between programs.

“More and better data” is a standard refrain in policy-reform debates. But it’s a sticking point in mental health, because the truly valuable data concern client health, which has strong privacy protections.

Even families of adult mentally-ill individuals can’t easily access their loved ones’ health information. But programs just need to share data between themselves, not with the public. Data sharing between programs will help with evaluating what actually works, and more importantly will reduce the risk that the system loses track of mentally-ill individuals, a scenario that too often leads to tragedy.

Continuums of Care would have to be operated by county and city mental health authorities, with state government playing an oversight role. State and local authorities should be able to articulate, perhaps in an annual report, exactly how many beds they control which are devoted exclusively to responding to crisis, and which providers operate them.

At present, it’s often unclear which mental-health programs shoulder responsibility for serious mental illness and which do not.

Gov. Hochul should put someone in charge of setting up such systems. The task would be to direct city and county authorities to sign up crisis-oriented residential programs that would all report to them and each other to provide a Continuum of Care in their respective communities. The state should also take the lead in funding decisions, tapping, when possible, major entitlement programs for reimbursement but also turning to state resources.

When they set themselves to it, Albany Democrats rarely have trouble finding resources for “vulnerable” populations, and no population is more vulnerable than the seriously mentally ill.

Crises would still recur, because serious mental illness is a chronic condition and relapses are normal.

But mental health would cease to be a black hole of accountability. In the wake of violent subway incidents, reporters would have a clear sense for how to explore and explain system failure, because the system in question would be better defined.

Was the individual known to the local Continuum of Care, and if so, why did it lose sight of him?

You would have more of a system, instead of a fragmented assemblage of programs that collectively convey only the vaguest sense for who’s responsible for what. It would be a public mental-health system with real integrity.

Organized as a Continuum of Care, the mental-health system would take responsibility for the most serious mental health policy challenges, instead of, like now, dumping them onto other systems such as transit, the police and the jails.