How to evolve all Pokémon in Scarlet and Violet: Stones, Friendship, items, and more 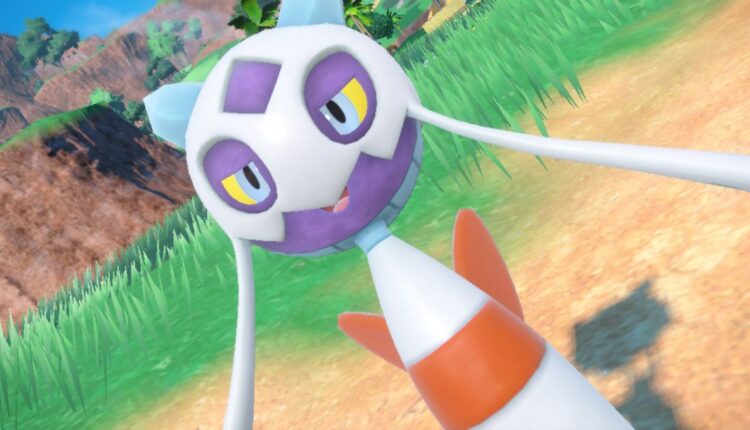 There are 400 Pokémon in Scarlet and Violet and each evolution has specific requirements it must meet in order to evolve. Some must have a certain level of friendship, others must be evolved at a certain time of day, still others require the use of a special item. But with so many special requirements and new ways of evolving brand new Pokémon, it can be hard to keep everything straight. Here are all of the special evolution requirements in Scarlet and Violet.

How to evolve Pokémon: Level Evolution

The vast majority of Pokémon in Scarlet and Violet will evolve when they reach a specific level. The Pokémon in your team that participates in a given battle will earn more Exp, so if you really need to level someone up fast you can put them in the first position and then swap them out with someone stronger.

Additionally, there are plenty of items like Rare Candy, which you can give to your Pokémon to artificially make them level up without a battle. You can get these rewards by participating in Tera Raid Dens.

Why won’t my Pokémon level up at the level it’s supposed to?

It seems that certain Pokémon on your team in Scarlet and Violet will not evolve if they’ve only been used in auto-battles or have never been used in battle at all. If a Pokémon passes the level it should have evolved at without evolving, then you can either throw it out into a traditional battle until it levels up again or give it a rare candy and it should evolve.

We had this issue in our adventure and have verified that using a rare candy or getting a Pokémon to level up in a traditional battle did fix the problem.

These Pokémon evolutions are listed in alphabetical order from the creature they evolve from. Some of these Pokémon simply need to be given an item from the menu in order to level up while others need to hold an item while leveling up. Many of these items can be purchased from Delibird Presents shops at Mesagoza or Cascarrafa.

As was the case with the very first Pokémon games, there are a few Pokémon that need to be traded in order to reach their final evolutions.

You can quickly raise a Pokémon’s friendship level with you by playing with it. This means doing things like washing it during a Picnic, letting it run around with you, auto-battling with it. Giving it Potions and not allowing it to faint in battle also helps. Additionally, you can purchase a Soothe Bell from the Delibird Presents shop in Cascarrafa or Mesagoza. This item quickly increases a Pokémon’s friendship level with you when used as a held item.

Since Let’s Go mode is brand new with Scarlet and Violet, it makes sense that a few Pokémon now evolve using this method. Throw them out with ZR and then walk next to them for as many steps as is needed then level them up to get them to evolve.

This dolphin gives us a special new way to evolve. It will only change to its next evolution if it evolves at level 38 or later while the player participates in either local or online multiplayer. Learn how to set up multiplayer in Scarlet and Violet with our guide.

Palafin is a tricky evolution in that the only visual difference it will have is a heart on its chest after the evolution sequence. However, you can see a very different form for it while battling. Have it use Flip Turn in battle to swap Palafin out and turn it into Hero Mode. Then when you throw Palafin back out it will look very different.

Certain species of Pokémon will only evolve if they level up at the right time of the day. Be careful to keep some of these from hitting the next level if there is more than one option for it to evolve into depending on if it’s day or night.

There are a small list of Pokémon that will only evolve if they know a certain move or if they use a move a certain number of times in battle. Make sure they are already at the right level to evolve and then let them do their thing.

A small number of Pokémon species are gender-based and cannot evolve into another form unless this condition is met.

Scarlet and Violet bring us some brand new ways to evolve new Pokémon and some of them aren’t straightforward at all. Make sure you have the proper items you need or level up your Pokémon at the right time of the day to make sure you get every Pokémon in the Dex. There are plenty of new moves and Abilities to discover, so have fun getting familiar with all of the new species introduced in Gen 9.