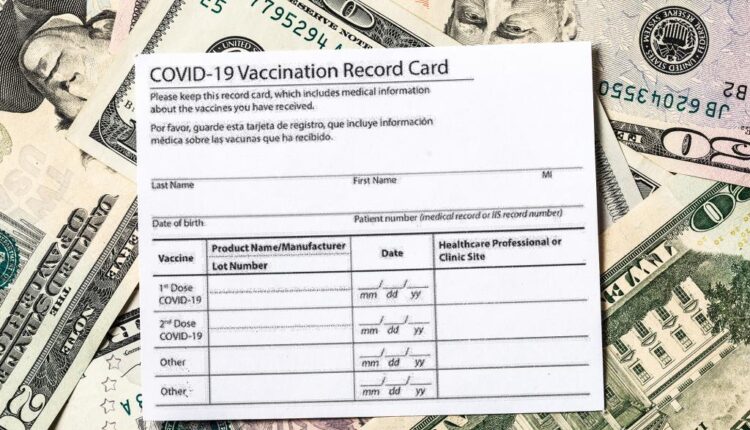 “COVID fraud” is at this point a redundant sentence. Congress appropriated more than $5 trillion for COVID relief but almost $600 billion may have been lost to fraud — an astounding 12%. Washington’s pandemic pratfalls are the greatest federal boondoggle of this century.

Prosecutors are having a turkey shoot nailing COVID crooks: more than 1,500 have been indicted and almost 500 have been convicted. On September 14, the Justice Department announced the creation of three COVID-19 Fraud Strike Force teams.

When President Biden recently signed a law to extend the time to prosecute COVID fraud, he declared, “My message to those cheats out there is this: You can’t hide. We’re going to find you.” But the sheer amount of fraud makes it unlikely that the vast majority of thieves will be charged.

Prison inmates, drug gangs, and Nigerian racketeers easily plundered the program. One swindler collected unemployment benefits from 29 different states. In the first year of the pandemic, Maryland detected more than 1.3 million fraudulent unemployment claims – equal to 20% of the state’s population.

Beginning in June 2020, the feds distributed $813 billion in Paycheck Protection Program loans to businesses. Trump’s Treasury Secretary Steven Mnuchin boasted that PPP is “supporting an estimated 50 million jobs.” But many of those jobs existed solely in the imagination of political appointees.

The Small Business Administration (SBA), which administered the program, effectively told people, “Apply and sign and tell us that you’re really entitled to the money,” according to Justice Department Inspector General Michael Horowitz. The SBA camouflaged its “don’t ask, don’t tell” loan standard by claiming to perform economic miracles. SBA ludicrously boasted that PPP loans saved more jobs than the total number of employees in at least 15 industries.

Yet CBS News found that PPP loans had gone to more than a thousand “ghost businesses” in Markham, Illinois – indicative of a nationwide problem of deluging non-existent companies with federal cash. The feds gave “loans to 342 people who said their name was ‘N/A,’” the New York Times reported.

Fraud permeated relief programs of practically every federal agency that gushered money. On September 20, the feds charged 47 people in Minnesota with looting $250 million from the federal child nutrition programs’ COVID aid. Prosecutors denounced the “brazen scheme of staggering proportions” but federal and state bureaucrats should have stopped the pilfering from the start. “Feeding Our Future,” a nonprofit organization, pocketed $300,000 in subsidies in 2018 and a windfall of almost $200 million in 2021. Fraud snowballed because the U.S. Department of Agriculture issued waivers to “suspend all on-site monitoring of providers” of children’s meals.

Instead of feeding hungry kids, tax dollars were pilfered using a list of phony recipients generated by the website listofrandomnames.com. (No wonder Feeding Our Future wasn’t invited to attend Biden’s White House Summit on Hunger last week.) When the state of Minnesota sought to cut off funding, Feeding Our Future sued, claiming the action “discriminated against a nonprofit that worked with racial minorities,” the Minneapolis Star Tribune reported. Leftist firebrand Rep. Ilhan Omar (D-MN) received thousands of dollars in donations from individuals indicted in the scandal.

The single biggest COVID fraud will never show up in triumphal press releases issued by federal prosecutors. On August 24, President Biden invoked the COVID-19 emergency to justify canceling $400 billion in student loans. A few weeks ago, Biden told “60 Minutes” that the pandemic was over – thus invalidating his justification for loan forgiveness.

But Team Biden signaled that they were entitled to spend hundreds of billions of tax dollars to purchase Democratic votes in the mid-term congressional elections regardless of the president’s admission.

Plenty of scoundrels will be convicted in the coming months for stealing COVID money. But it was the politicians of both parties who unleashed the reckless spending that left us with a soaring national debt, roaring inflation, and a fading mirage of prosperity.

Americans should never permit politicians to absolve themselves by uncorking geysers of tax dollars.