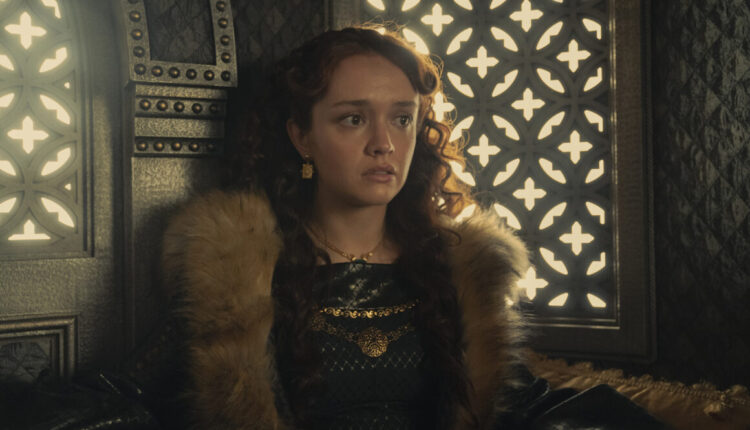 A funeral. Incest. Royal kids fighting. A murder twist. This episode of House of the Dragon had it all.

As a consumer of way too much television, I am sharing my thoughts on a few of my favorite TV shows. Here are a few of my miusings [sic] regarding the “Driftmark” episode from House of the Dragon:

The episode started off with the funeral for Daemon’s second wife, Lady Laena in which everyone except for Daemon seems to be grieving. Laenor Velaryon is so bereft with grief that he wades into the water wear Lady Laena’s coffin was dropped into.

They headed to the beach for a walk, to talk about lost loves which lead Rhaenyra to profess her need for her Uncle (Daemon Targaryen) by her side, and then they proceeded to have sex on the beach.

The Queen’s youngest son, Aemond Targaryen, decided that he needed to check out a sleeping dragon, which was Laena Velaryon’s dragon. The dragon awoke as he “petted” it. Aemond managed to calm the dragon down. He proceed to climb aboard the dragon and commanded it to fly. He almost fell off but managed to tame the dragon after all.

Laenor Velaryon’s kids confront Aemond for stealing their mother’s dragon, and then all hell breaks loose amongst the royal children, especially after Aemond call’s the Rhaenyra’s kids bastards. They all beat up one other, hitting each other with rocks, and then one of Princess Rhaenyra’s children slices Aemond face and he ends up losing an eye.

This all does not go over with Queen Alicent who demands that she be able to take out one of Princess Rhaenyra’s kids’ eyes. King Viserys is not having it, and proclaims that if anyone calls his grandchildren bastards again he will have their tongues cut off. Queen Alicent is pissed and grabs a knife and lunges at Princess Rhaenyra and her kids and ends up slashing the Princess.

Queen Alicent regrets her behavior but her father is proud of her. He vows that he will fight with her for her son to be king.

We are treated to a graphic wound stitching scene before Rhaenyra and Leonor have a heart-to-heart about their relationship. Leonor vows to be a better husband, while Rhaenyra had other ideas.

Raynera has a big convo with Daemon, and she declares that she wants him to be her husband. To fight together. However, the only way in order for them to be married is for Laenor to be killed.

After that, we see the plan carried out. Daemon sneaks up on a castle servant and breaks his neck. Then Laenor and Ser Qarl Correy acted out a confrontation in the main hall of High Tide (the castle where Lord Coryls rules). They made sure to have a witness who ran for help.

By the time Lord Corlys and Princess Rhaenys arrived, all they saw was a burned corpse wearing Laenor’s clothes and a witness attesting to Qarl’s attack and escape.

After Laenor is successfully smuggled away, Rhaenyra and Daemon are free to marry each other. They do so in a blood-infused ceremony — forever uniting their children under the name Targaryen.