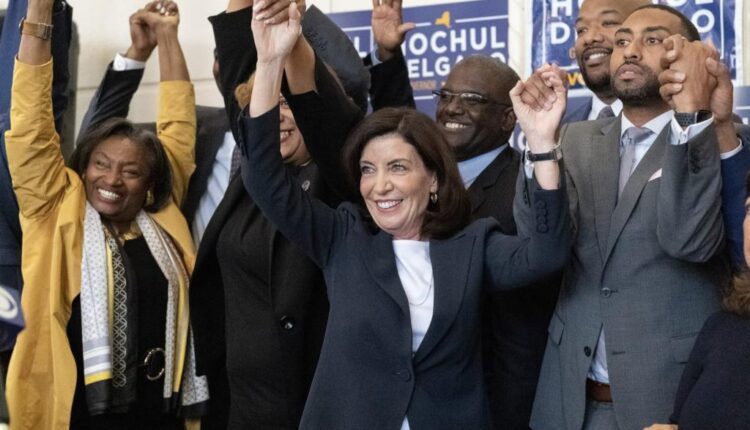 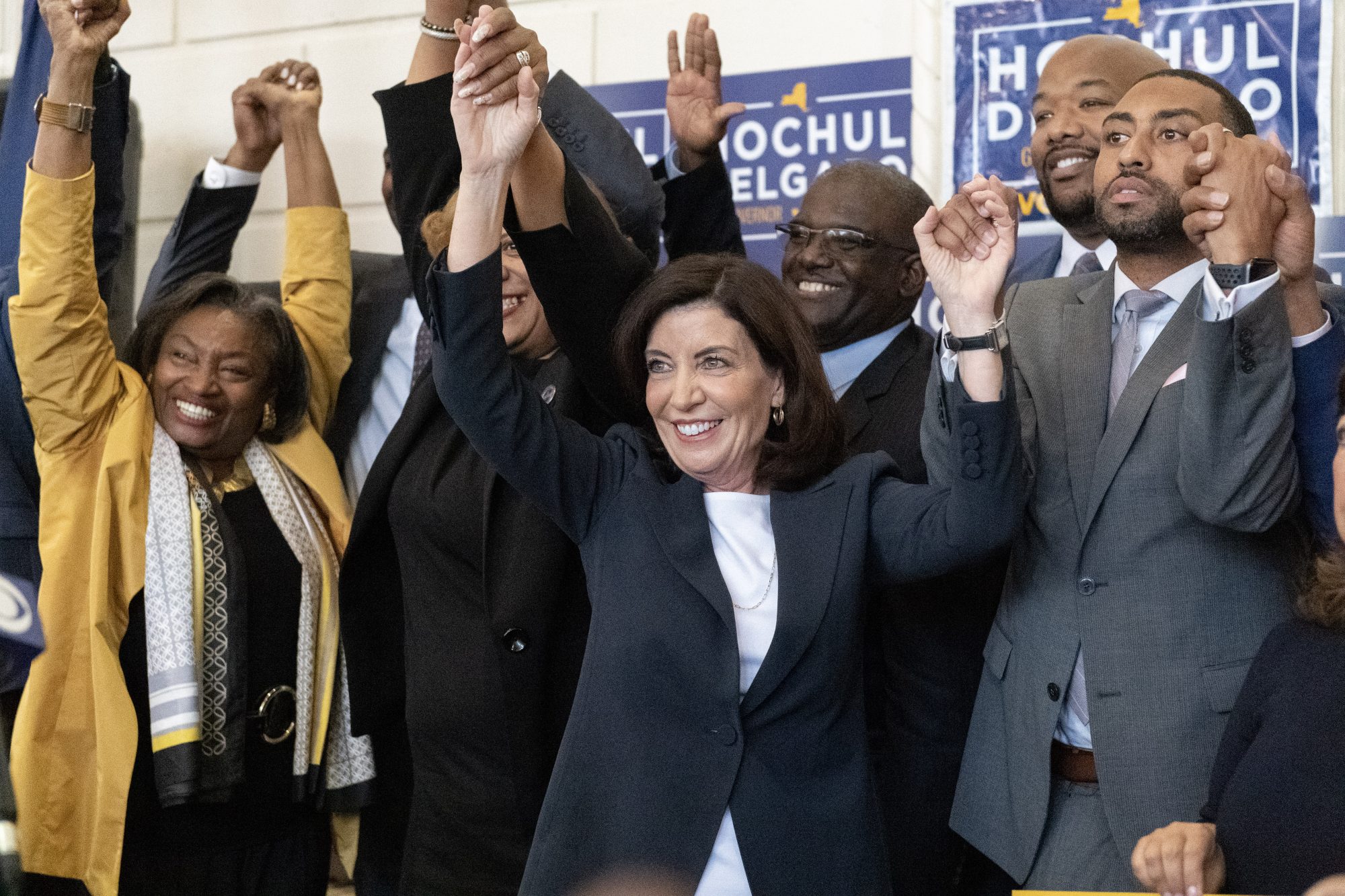 New York is so deep-blue that Gov. Kathy Hochul might yet pull off a narrow victory on Tuesday, but her campaign is visibly running on fumes and focused exclusively (and lamely) on imploring the Democratic base to bother voting.

She’s doing mostly indoor events, largely in the city (where early-voting turnout has been conspicuously low) staged by party regulars and in union halls. The sparse turnouts are alarming party leaders.

Challenger Lee Zeldin, meanwhile, is holding huge and happy outdoor rallies — and continuing his practice of visiting crime scenes, such as the site of Thursday’s horrific rape of a woman jogger on Manhattan’s West Side, allegedly by a vagrant with 25 priors who police are also eyeing in two previous rapes.

The day of that rape, coincidentally, Hochul was “rallying” in a room on the Barnard campus with Hillary Clinton and Vice President Kamala Harris, aiming to fire up young women with two of the Democratic Party’s worst campaigners.

“I see . . . ads about crime every 30 seconds,” Clinton railed of the supposed GOP campaign of fear. “No solutions, but just a lot of really fearful, scary pictures and scary music.” Solutions? Zeldin has an extensive anti-crime strategy, from firing district attorneys who won’t prosecute as the law commands to fixing the disastrous criminal-justice “reforms” that Hochul pretends she’s already fixed.

Of course, the event was mostly about the nonexistent threat to abortion rights in New York, plus the “endangered democracy” warnings that even Democrats don’t really believe. None of the powerful women addressed female New Yorkers’ fears of sexual and physical violence — well-grounded fears, as the West Side rape proves.

As of course does the case of Keaira Bennefield, the young Buffalo mom who police say was killed at the hands of her abusive husband after he was freed from jail without bail. Hochul’s cold comment on that preventable horror: The system failed. Yes, the one she runs.

Remarkably, the gov has also done multiple appearances on MSNBC, a network viewed exclusively by the Democratic base. But while Al Sharpton’s show was certainly a safe place to slam her opponent, she had little to tell his viewers about anything she’d done for them. Then again, Hochul has no answers for voters living in inner-city communities racked by crime and violence.

Her campaign even got Bill Clinton from cryostasis to do a Brooklyn event. Yes, the guy who signed Democrats’ 1994 crime bill that every Dem from President Joe Biden on down now condemns. And even Bubba admits, “There is too much crime.”

And now Biden himself is due to show Sunday in Yonkers. His ratings aren’t as underwater here as nationally, but even the Dem base wants him to retire in 2024: Will his whisper-shouts and fantasy “memories” get them to the polls? Get set for a long aimless anecdote about tough Irish women . . .

In another desperate gimmick, a new Dem-promoting ad pairs Hochul and Attorney General Letitia James — who’ve spent next to no time campaigning together — as “women who are making history.” Its telling tagline: “Tish James and Kathy Hochul are showing up for us. Now we have to show up for them.” Is “making history” by simply holding office as a woman (a black one, in James’ case) really an issue for New York women concerned not just about crime but also their shrinking buying power and their kids’ learning loss?

Hochul’s problem goes far beyond cold denialism on crime (blaming judges; blaming “the system): Her “positive” message boils down to bragging about handing out hundreds of millions in subsidies to fund a billionaire’s football stadium and a microchip plant while ordinary taxpayers struggle with rising food and gasoline prices.

She is, as one wag put it, a hardboiled egg without salt — tasteless, bland and hard to swallow, even for the loyal Democratic base. And she’s basically given up on convincing independents, a solid quarter of the electorate.

Her campaign is about nothing. If Zeldin wins, he has a clear mandate on crime and the economy. If Hochul wins, we guess that’s a license to . . . keep up the pay-to-play?