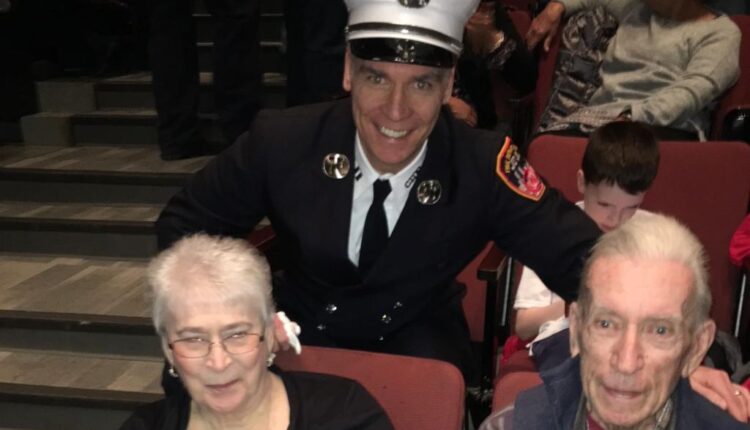 One year ago, Gov. Hochul met with grieving families who lost loved ones in nursing homes during the COVID-19 pandemic. I was with my husband, Sean, whose parents, Mickey and Dee, were two of more than 15,000 seniors who died from contracting the virus in their long-term-care facilities. I remember feeling optimistic that if she heard our stories and saw our grief first hand, she would help us find answers. The day of the meeting she listened to us, offered her condolences and promised to be fully transparent, helping us get to the bottom of what happened in spring 2020. She apologized to us and told reporters after our meeting that she “gives a damn.”

At the time, I believed her.

But now, more than 2 1/2 years later, we still don’t know why then-Gov. Andrew Cuomo and the state Department of Health ordered more than 9,000 COVID-positive patients into their residences without alerting our families. The administration never took responsibility for its reckless decisions and death-toll coverup. There is now strong evidence that Cuomo purposely hid those numbers to profit from a $5 million book he was writing.

Hochul listened sympathetically to my husband, Sean, as he painfully explained what it was like losing both his parents within two weeks of each other and not being able to see or comfort them. My friends, Peter and Daniel Arbeeny, gave Hochul their father’s death certificate and asked why he wasn’t counted in the whitewash of nursing-home ­fatalities.
I commented after our meeting that Hochul’s actions would speak louder than words, and a year later we have seen nothing to indicate she has been true to her promise. Her “blue-ribbon panel” into the “good, bad and ugly” decisions made during the pandemic has never happened.

Peter Arbeeny, a lifelong Democrat, says he often wonders: If Cuomo were a Republican, would we “still be here two years later waiting for the Democratic machine to start an investigation with subpoena power?”

Rep. Lee Zeldin, the Republican running for governor against Hochul, has promised families if he wins to “appoint a special prosecution my first day in office to investigate and prosecute any crimes regarding the order and the cover up.” That’s something that should happen regardless of who wins in November.

My friend and fellow advocate, Assemblyman Ron Kim, who helped facilitate the meeting between grieving families and Hochul last October, is still holding out hope that she will be true to her word, but argues she can’t choose consultants to do the report. It needs to be an “independent commission with full subpoena and investigative powers. This cannot be like the 2020 DOH report that went back to then-Governor Cuomo where he controlled the facts and the narrative.”

In the meantime, families like mine are trying to figure out what we can do on our own. One thing we’ve been trying to raise awareness about is the passing of Bill S74A, known as the Grieving Families Act. This legislation would “help in future lawsuits when a loved one’s life wrongfully ends and consider the emotional loss when awarding damages.” The bill would also increase the statute of limitations to file a claim, giving families the chance to have their day in court. However, that also requires action and a signature from one Gov. Kathy Hochul.

I wish I could be more optimistic, but that same woman who looked us in the eye and told us she cared and wanted to help has so far done absolutely nothing to make us ­believe her.