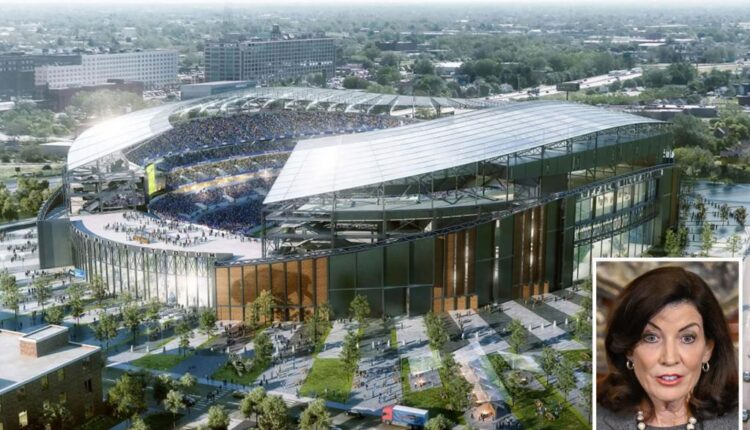 Congrats to Terry Pegula for moving up 60 spots on the Forbes list of the wealthiest Americans, to No. 128. His estimated net worth is up to $6.7 billion, from $5.7 billion last year.

Of course we wouldn’t normally care about the good fortune of a Florida billionaire — except that Pegula owns the Buffalo Bills. And the team this year nabbed $850 million in New York taxpayer largesse for a new stadium thanks singlehandedly to the iron will of Gov. Kathy Hochul, who muscled the Legislature into OK’ing the deal.

Why she made it such a priority remains a mystery, even though Buffalo’s her home town. Then again, her husband’s company, which handles Bills concessions, surely liked the deal too.

Hochul put taxpayer giveaways to rich sports franchise owners ahead of all other priorities.

Follow The Post’s live blog for updates on the NY Governor debate between Kathy Hochul and. Lee Zeldin

As The Post’s Zach Williams reports, even some Democratic lawmakers are now remarking on how quickly she gave up on bail reform, for instance. One says, “When she had the power to really address these things to make New York safe, she didn’t.” Another: “She too quickly caved at the negotiating table.”

One adds: “The focus really was the stadium in Buffalo and booze-to-go. It was almost laughable.”

At least Terry Pegula’s still laughing; crime-plagued New Yorkers, and the gov they’re poised to reject, not so much. Yet another reason to vote for Lee Zeldin on Nov. 8.

tvOS 16.2 adds feature where Siri will recognize your voice