Hochul should restore protections for cops — not look to remove more 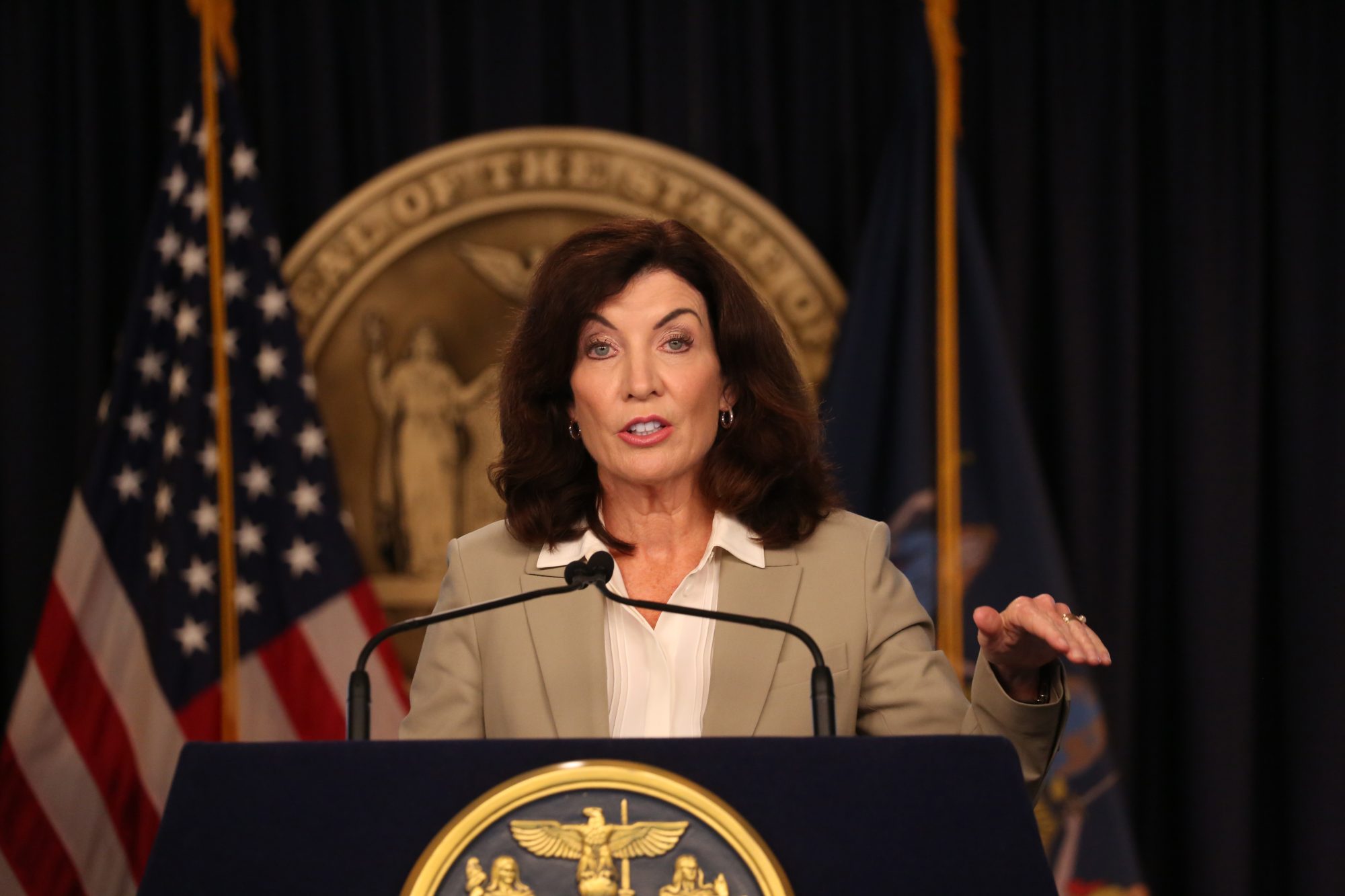 Cops who have to worry about being personally targeted for lawsuits over their work are likely to be more cautious about fighting crime — and more likely to go find work in a jurisdiction that does give them some protection. Yet Gov. Kathy Hochul is flirting with a fresh concession to the far left by eliminating “qualified immunity” statewide.

As The Post has reported, the gov says she “supports efforts to increase accountability” in law enforcement, a clear hint she’d sign a bill to end qualified immunity statewide. Her designated staffer refuses to clarify, saying only the gov would “review” any legislation that’s passed.

On Tuesday, Hochul’s rival for governor Rep. Lee Zeldin demanded she quit the game-playing and make her positions clear now, before the November election. “New Yorkers support qualified immunity,” he said. They want “law enforcement” to know “we have their back,” that they can “keep our communities safe” without “fear of being sued” by people they come in contact with.

The city scrapped qualified immunity last year, making it more difficult — and personally risky — for cops to intervene to stop a crime. Their unions then rightly forwarded the obvious lawyers’ advice: “Proceed with caution when taking any police action which could lead to physical engagement” and “avoid physical engagement.” That sure complicates handling anyone who resists arrest.

The lawyers also warn cops against “engaging in any stop & frisk” or searches of cars or residences, even if acting in “good faith.”

So cops who don’t want to be sued now have to think twice about intervening. Which helps explain why crime’s now soaring — up a whopping 36% this year.

NYPD officers are also quitting in droves: Recent figures show 2,465 have filed to leave this year, up 42% from 2021, including 71% more high-tailing it out before reaching the 20-year mark for retirement with a full pension.

Yet Democratic state lawmakers want to scrap police protection statewide. And Hochul refuses to rule it out.

It’s nuts. If Hochul wants to live up to her talk about driving down crime, she’d push to restore qualified immunity in the city, not look to kill it elsewhere. New Yorkers’ best (perhaps only) recourse is to make sure she’s out of office for the 2023 legislative season.