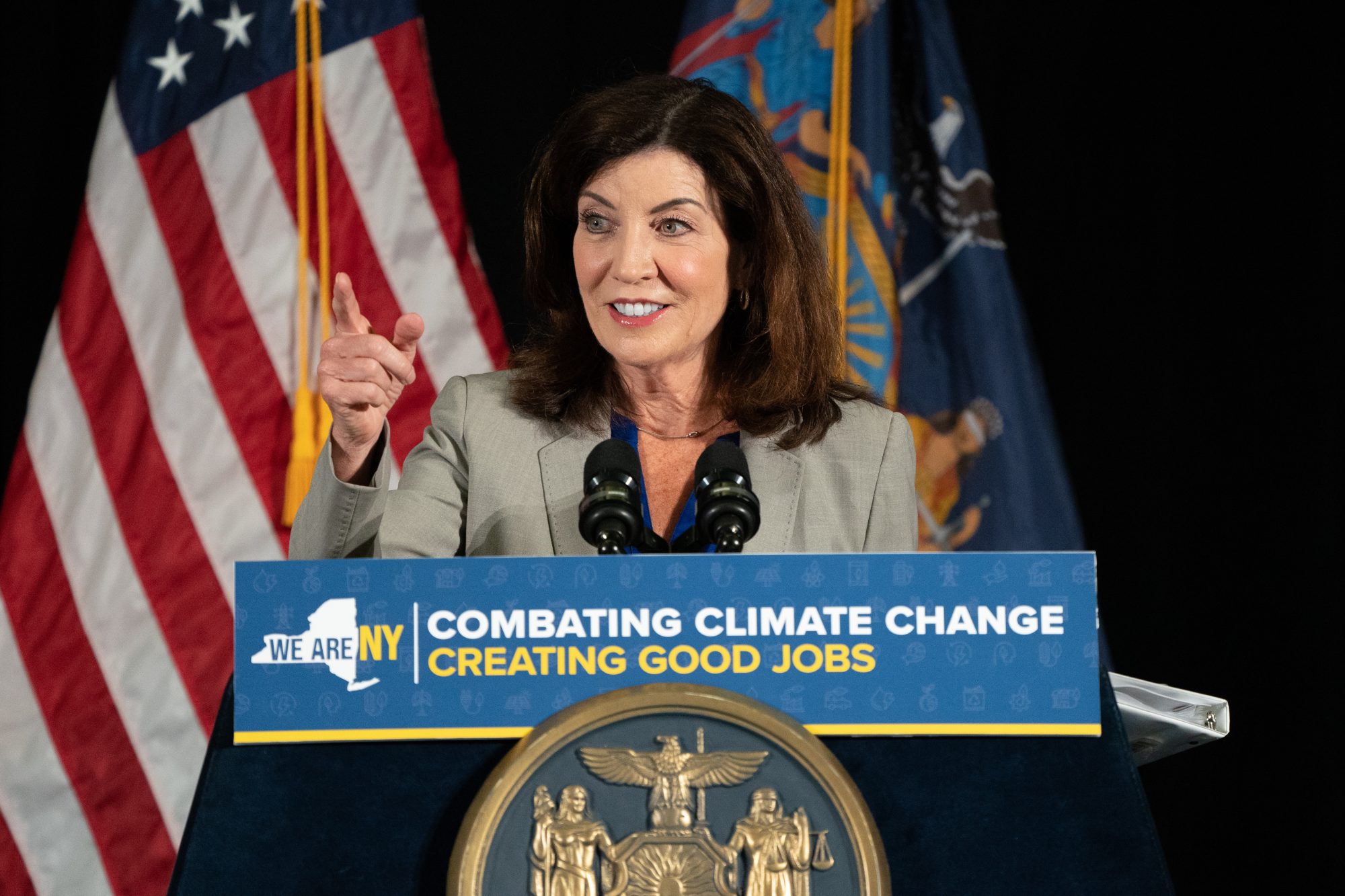 If you like the way President Joe Biden’s focus on climate change has rocketed up costs for energy (e.g., gasoline), you’re going to love what Gov. Kathy Hochul’s green agenda is doing to New York.

One of the bills calls for higher energy-efficiency standards for buildings and appliances and promises billions in energy savings for landlords and appliance users. It sounds great, except the cost of meeting those higher standards is sure to outstrip any savings; if they didn’t, building owners and appliance-makers wouldn’t need the governor to force them to make the changes — they’d do it on their own (unless they don’t like savings).

Another bill imposes prevailing-wage mandates on state-funded renewable energy projects — meaning, in effect, union-dictated wage rates and terms. Though sold as another climate-change bill, no one even pretends it’ll curb emissions or slow global warming; its sole purpose is to reward unions (and beef up their political support) by requiring juicier pay and working conditions, even as such mandates can drive up costs to taxpayers by as much as 30%, per Empire Center data.

All this comes on top of the gov’s push for a statewide ban on natural-gas hook-ups in new construction and her continuation of the Cuomo-era ban on new permits for natural-gas pipelines that help keep power plants running. She’s also happy to keep depriving New Yorkers of new sources of revenue by maintaining the state’s ban on fracking.

Meanwhile, New York’s Climate Leadership and Community Protection Act already mandates higher energy-efficiency standards — based on nonexistent technology — and a transition away from natural gas to heat homes, offices and businesses by 2050.

Experts warn that will leave the state up to 10% short of electric-generating capacity needed to meet peak demand. What does Hochul think that will do to electric costs and reliability? Already, as soon as this summer, rates are projected to be 12% higher than last year.

The Empire Center’s James Hanley has shown that the cost of the state’s climate-change war outweighs the benefit, given that the state contributes only about four-tenths of 1% of global greenhouse gas emissions.

So New Yorkers will be shelling out big time on energy, buildings and appliances and crossing their fingers that the lights stay on, all while doing little to change the climate. But enviro-radicals and Hochul’s union paymasters will all be pleased. No wonder she calls herself a “Biden Democrat.”