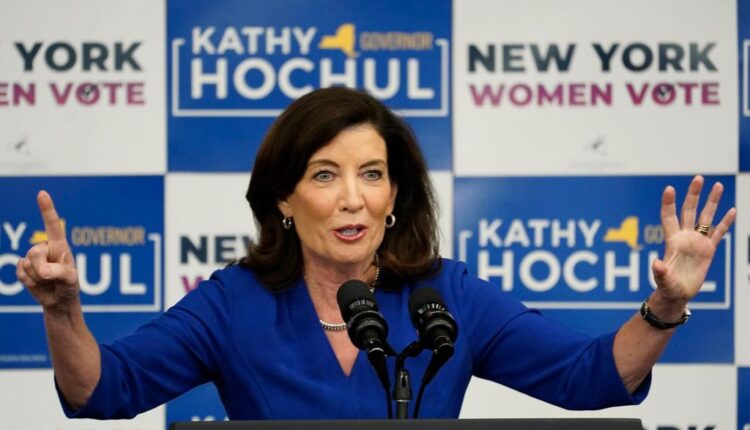 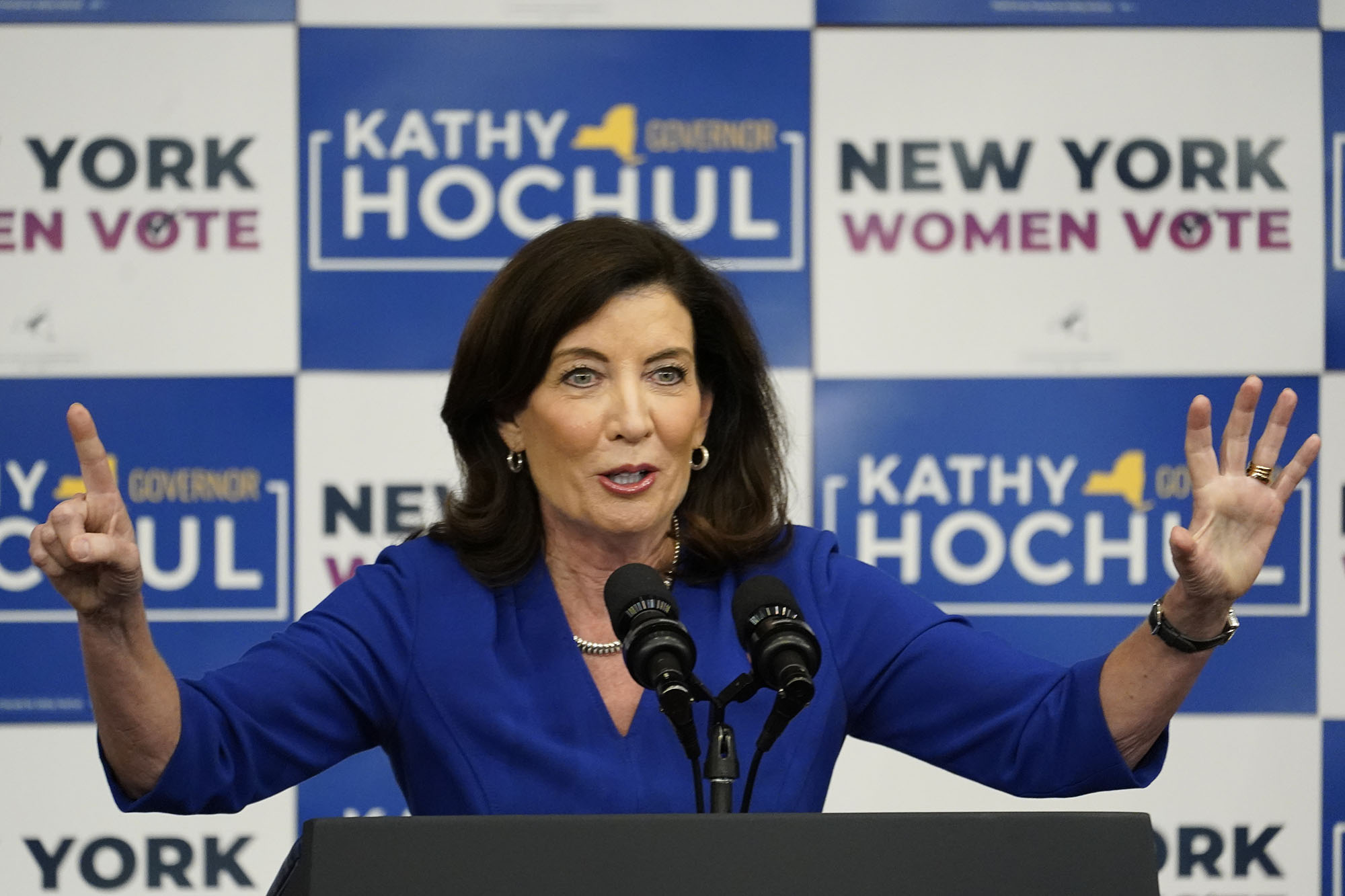 Around the time Gov. Kathy Hochul’s woman-power event at Barnard got going on Thursday, NYPD cops arrested Carl Phanor for that morning’s pre-dawn rape of a woman jogging in Hudson River Park.

The victim, per prosecutors, “remains in the ICU receiving treatment for several bone fractures, and she was choked to the point of losing consciousness.” Oh, and she was a tourist.

Authorities say her attacker pulled off her running shoes, workout pants and underwear and raped her before stealing her cell phone, debit card, hotel key card and ID and taking off on a Citi Bike.

And Phanor is a homeless vagrant wanted for, at least, two other sex crimes. He’s been charged for two previous attacks — one in late March and another in early October. He’s said to have 25 more priors, mostly for petit larceny, assault, drug possession and drug dealing. Seven of those arrests were sealed.

Police apparently nabbed him after he used stolen credit cards at a Target in Midtown and at the Port Authority, where he tried to buy a bus ticket. DNA evidence reportedly ties him to the March rape as well as to a January 2019 aggravated sexual assault in Newark.

Again, at the time of the arrest Hochul was uptown, joining with Hillary Clinton and Kamala Harris appealing for the votes of young Barnard women. The powerful women insisted that the crime issue is overblown, and anyway GOP challenger Lee Zeldin has no plan to reverse whatever crime wave might exist.

Zeldin on Friday promptly went to the scene of the crime to reiterate his extensive anti-crime plans. And when hecklers showed, he lectured them on everything the “decarceration” movement has done (with Hochul’s support) to send crime soaring.

The gov went on CNN the same morning to sniff at Zeldin’s plan to suspend bail reform as too “simplistic.” Yet her tweaks to that and other laws have done nothing to end the nightmare of violent crimes on our streets, subways and homes.

We haven’t yet heard the gov blame “the system” for this horrific crime tied to a serial offender, though she does keep talking about how New York remains the safest big city in America — skipping over the fact that, after three decades of growing safety, crime started soaring soon after passage of the criminal justice “reforms” she enthusiastically supports.

Her “it was the system” excuse is of little comfort to the family of Keaira Bennefield, allegedly murdered by her estranged husband, ex-con Adam Bennefield, outside Buffalo — barely a day after his no-bail release on charges of attacking Keaira. The local sheriff, Brian Gould, fumes that “our judges are not trusted to make decisions based upon a person’s level of dangerousness.”

Hochul insists “dangerousness” is too arbitrary a standard, though every other state lets judges use it.

“From the very beginning, we have asked for changes to the bail-reform law,” NYPD Commissioner Keechant Sewell told The Post this week. Instead, Hochul fought the Legislature to fund subsidies for the Buffalo Bills’ billionaire owner, and her own slush funds.

Eve Hendricks — mother of Bronx teen Brandon Hendricks, who was shot dead in 2020 — says Hochul’s soft-on-crime crew just doesn’t get it. “Maybe because it’s not their children that are getting killed,” Hendricks fumed during a pro-police rally in Midtown Manhattan this week.

AMC showrunners were on to something when they set season 11 of their top fearfest in the Big Apple: “American Horror Story: NYC.” Vote for Zeldin if you want to escape a real-life season 12, 13 and on.

Standardized Test Scores are Incompatible with Your School’s Equity Plan